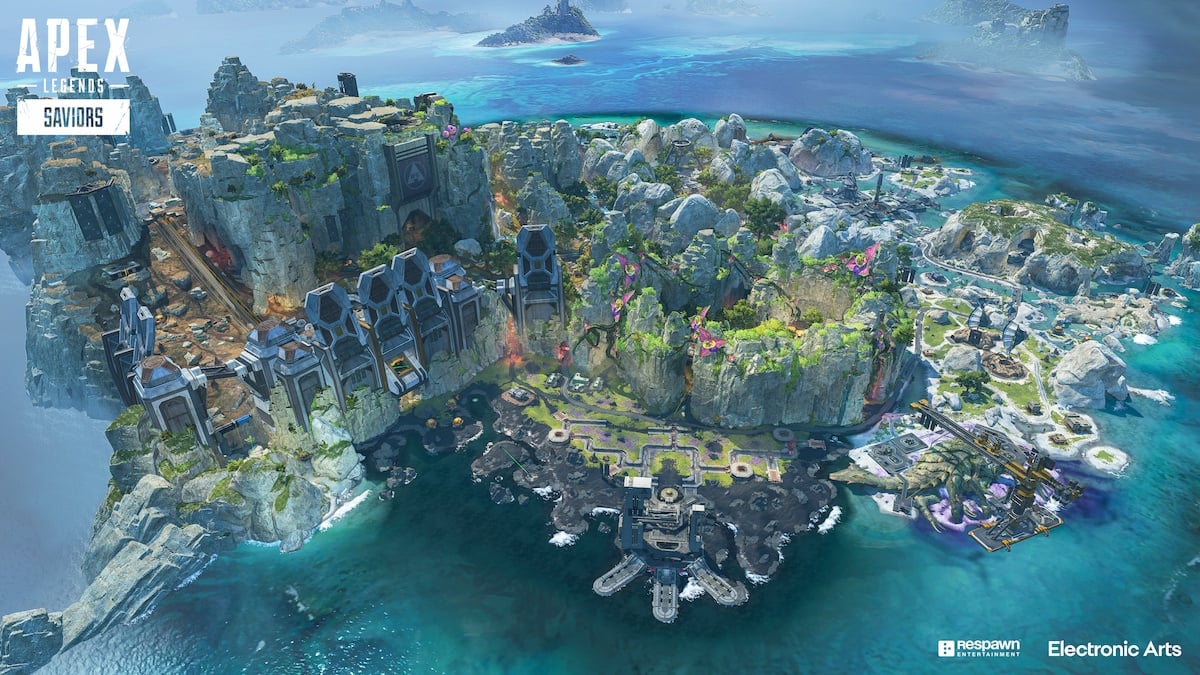 Despite being one of the newest map additions to Apex Legends, Storm Point has received its first big update, which will debut in the Saviors season update for Season 13 on May 10. This fresh touch-up will see the introduction of a new POI, gameplay changes, and Quality of Life improvements made across the tropical paradise. Here is a breakdown of how Storm Point has updated in Apex Legends for Season 13.

Downed Beast is a new high-tier loot POI that serves as a junction point for North Pad, Checkpoint, and The Mill. Set on the western side of Storm Point, a giant dead sea creature has transformed the once barren landscape in this area into a much more exciting combat zone. With its mouth wide open, this corpse allows players to venture inside where they will discover multi-leveled structures, and be provided with cover from attackers outside the beast. This location will also be a hotspot for players to shoot down Flyers, as they circle above the sea creature’s shell.

Hidden underground for decades, IMC Armories have been activated all across Storm Point with their access points now reaching the surface of the map. As you approach an armory, the entrance ramp will automatically open and allow your team access to the valuable loot inside.

However, this armory is protected by hostile robotic Spectres, and in order to get this loot, you’ll have to defeat multiple waves of these enemies for 60 seconds. When inside, the armory door behind you will close and other squads won’t be able to disrupt your fight. If you survive the encounter, your team will receive smart loot, which will guarantee you upgrades to your current loadout.

Once completing the battle with the Spectres, you’ll have multiple options for escape, including a skydive launcher that will activate after the roof of the complex opens. Just be careful though, as other squads will now have the opportunity to come in and try to take your hard-earned rewards.

The developers at Respawn Entertainment have taken feedback from players, as well as internal data to make hundreds of Quality of Life changes throughout Storm Point. Across the map, a few new Prowler camps have been added, including near POIs like Cenote and The Mill. A spider nest to the north of Command Center was adjusted to bring the nests closer together. And overall, the terrain has been improved throughout the entire map to give players a smoother experience.