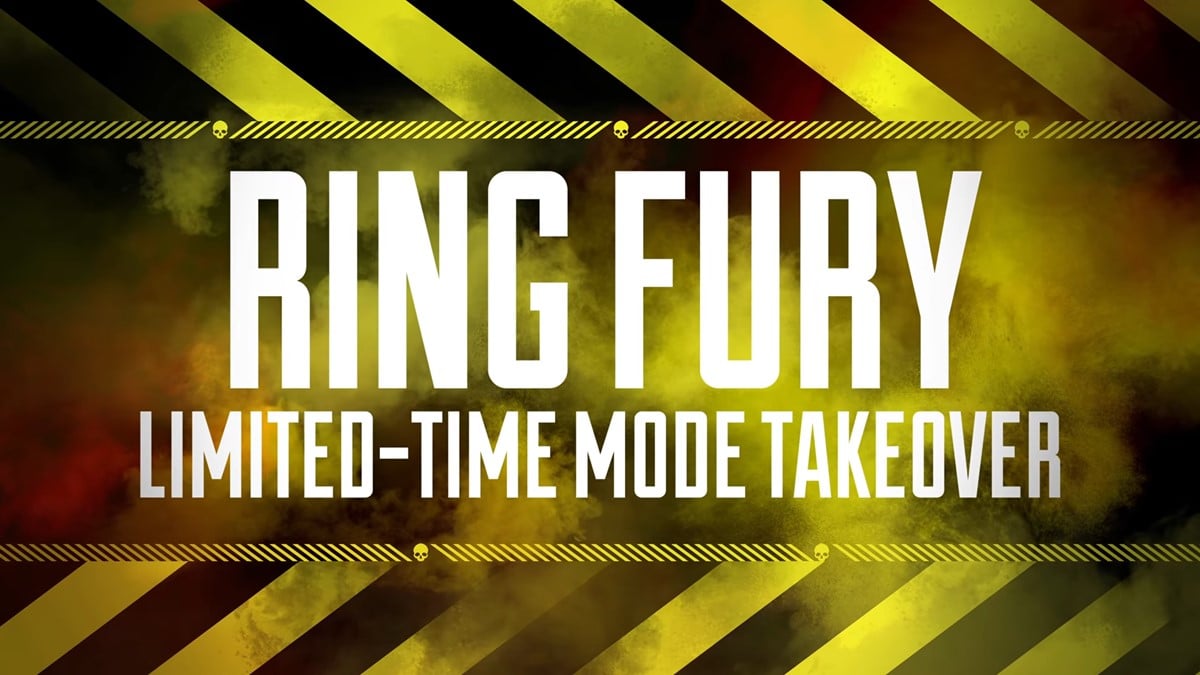 The third-ever Limited Time Mode Takeover is here with the Chaos Theory Collection Event. Ring Fury Escalation is the most chaotic LTM that has ever been a Takeover. Unlike Locked and Loaded, Ring Fury Escalation is an original game mode that has never been an LTM before. LTM Takeovers are integrated into Duos and Trios with no way to turn them off, so it’s interesting to think about how this affects play and Quality of Life. As usual, the LTM is not active in Ranked play.

Ring Fury Escalation differs from the standard game in two major ways: Ring Flares and Heat Shields. Let’s dig into how both of these look and work.

The main difference is the addition of a mechanic called Ring Flares. While the big ring itself will move in at the same pace, one or more circle portions of ring energy will appear within the ring each round, dealing the same amount of damage as the ring itself and slowly expanding over time.

Players will be warned via the map and minimap of where the ring flares will be, and if they are in danger, they will also be warned via voice lines of Legends on their squad.

Since this game mode makes it a lot easier to get caught by the ring, players are being given a failsafe. The Heat Shield can be placed anywhere, but only has an effect and is only considered active outside of the ring or in a burst. This dome will breakdown based on the power of the current ring, so a Heat Shield in Round 1 will last a lot longer than a Heat Shield in Round 5.

While active, all revives gain a 25% speed boost, and all healing items a 50% speed boost. This is especially helpful when paired with a Legendary Body Shield in terms of healing, or with a Lifeline in terms of reviving.

Heat Shields are stored in a new inventory location called a Survival Slot, so that a Heat Shield will not take up general inventory space. For the LTM, every player spawns with a stack of two Heat Shields in their Survival Slot, but they are also in ground loot that you can pick up after using your first ones, and that will continue to be the case even after the event is over. You can hold up to two at a time.

The final thing to note is that this is an Escalation Takeover, meaning that the effects of the game mode will be increased over time. On the first day, there will only be a few ring flares, but every few days, the effects will increase, meaning by the end of the event, the LTM Takeover will truly have taken over the game in near-complete chaos, thus the name of the event.

The Ring Fury Escalation Takeover is active from March 9 to March 23.