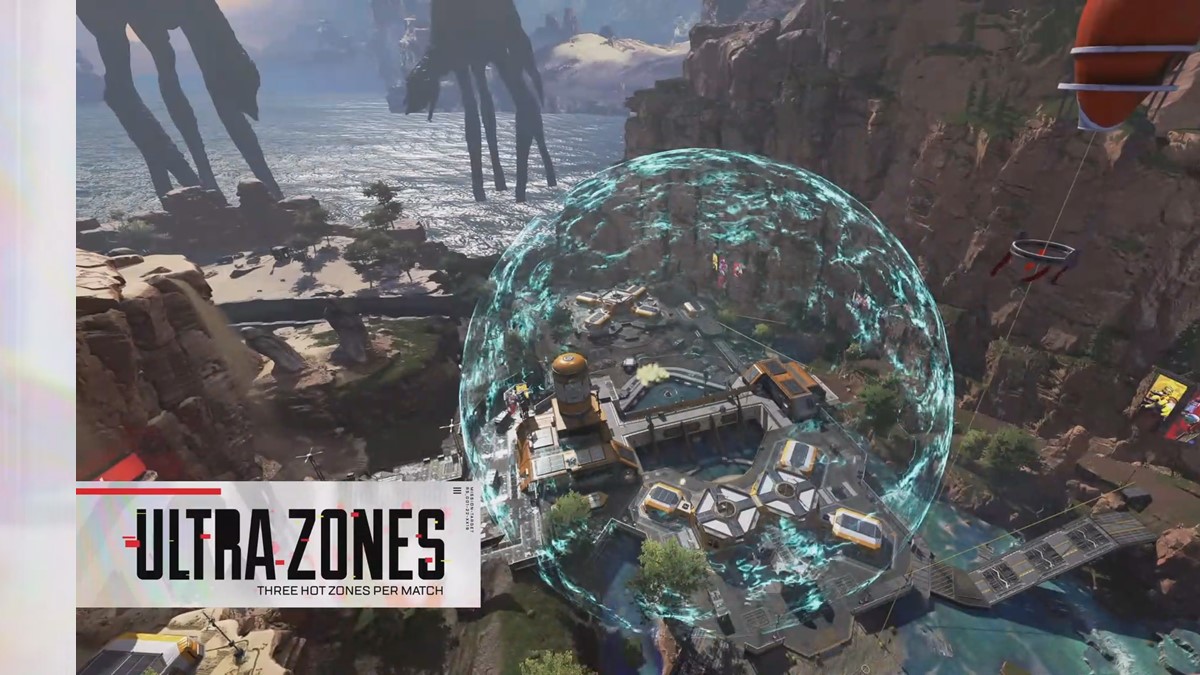 The Ultra Zones Limited-Time Takeover is a four-day Takeover in the Apex Legends War Games event, and lasts double the length of the others. It is an amalgamation of new elements and a singular returning element from a prior LTM, Flashpoint.

First and foremost, Ultra Zones make it, so there are three hot drop locations at the start of a match instead of one. This will split up the eager droppers between multiple locations and put a lot more high-tier loot into play early in the game, encouraging more squads to drop hot into at least one of the three Ultra Zones. This will create massive early battles and extremely high-tier gear late games.

That’s not all, though. As mentioned before, Flashpoint zones are also back. This time, taken away from their original LTM context and rebranded with the spelling ‘Flash Point,’ these Flash Points will envelop each hot drop location.

Flash Points are basically giant spheres of regeneration energy. When you are inside of them and not taking damage, the Flash Point will heal both health and shields over time automatically (health first, then shields, not simultaneously). Unlike in the Flashpoint LTM (luckily for players this time), regen items like Shield Cells, Syringes, and Phoenix Kits are still available in the loot pools as normal.

The Ultra Zones Limited-Time Takeover is active from April 15 until April 19.