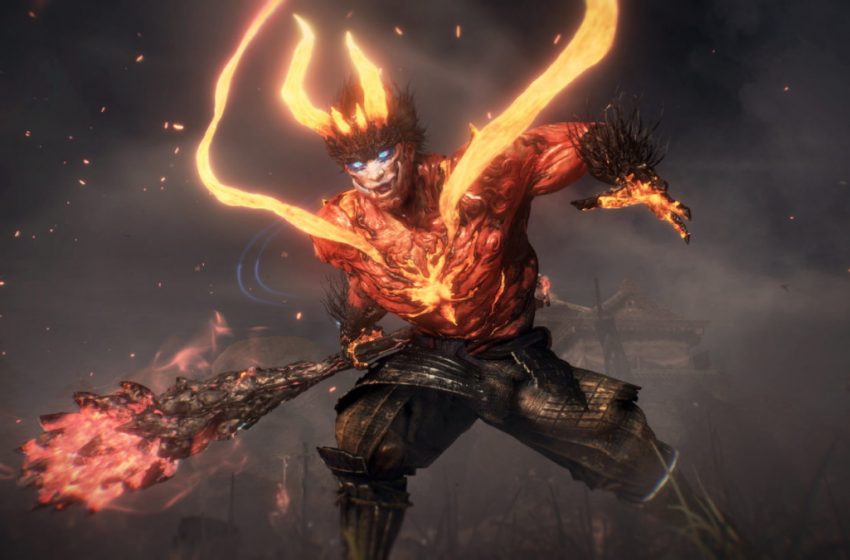 Ippon-Datara is a one-legged Yokai that wields a massive weapon to beat you down in Nioh 2. It’s an annoying opponent to fight against, especially if you managed to find yourself missing a step and being crushed by its massive attacks. Luckily, if you’re able to dodge their attacks, you can flank them and take advantage of their lack of mobility.

The Yokai hops around a fight on a single leg, giving you plenty of opportunities to move around it and prepare to dodge its attacks. The most notable attack it uses has it jumping into the air and slams it down at you, which you can quickly dodge or attack it to prevent it from completing its attack. Unfortunately, you need to nail down the timing on it, or you’ll land under the hammer and find yourself with a lot of missing health. When it enters the dark realm, the downward hammer strike deals more damage and releases bits of flame.

When you’re fighting the one with the blade, it hops around on the blade, which can slice you. It’s better to avoid it while it’s like this and try to use medium-ranged attacks to better poke at it from a distance.

Every so often, it may hop toward you and use upward hammer strikes, attempting to hit you from either side of its body. You can dodge away from it, or go to any side to dodge these attacks. When it begins to glow red, you can time a burst-counter to interrupt it, dealing a significant amount of damage to it and allowing you to hurt it even further.

The Ippon-Datara is a mini-boss in the game, much like the Enki. The bigger bosses in the game, such as Enenra and Mezuki, are significantly tougher.