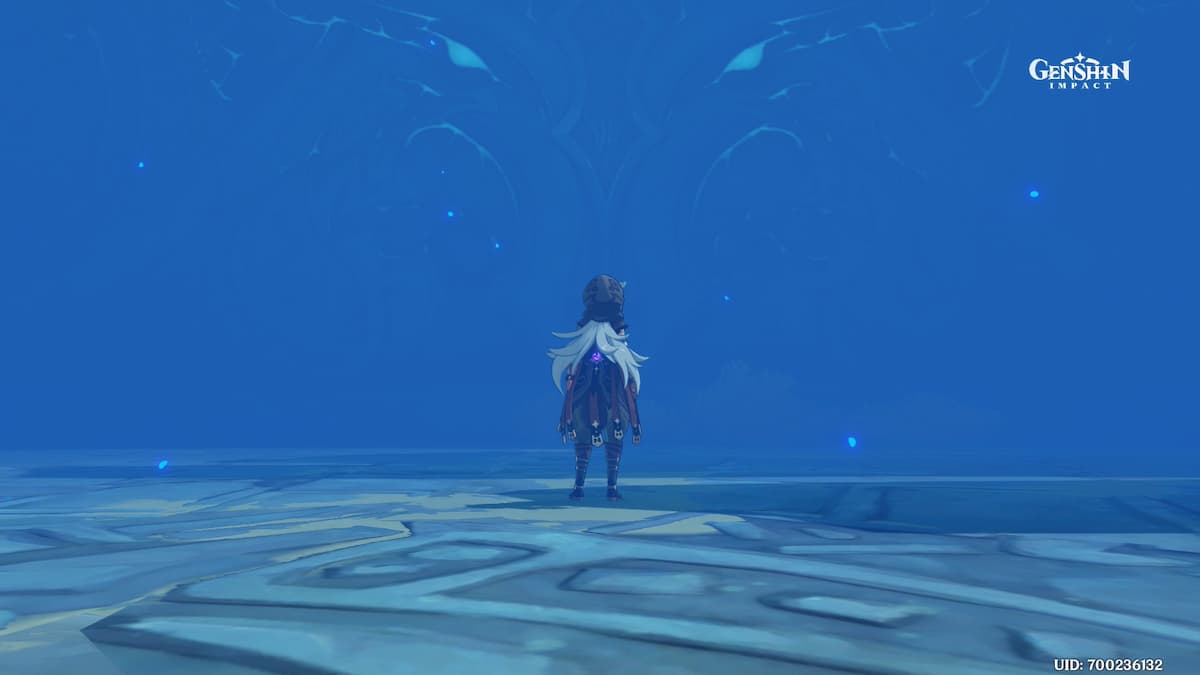 Andrius, the Wolf of the North, will only be available to fight after you finish Razor’s Story Quest, which is called The Meaning of Lupical. This is a pretty straightforward quest, and when it is complete you will be able to fight Andrius by visiting Wolvendom.

When you arrive in the area, interact with the challenge seal to begin the fight. This is, by far, the toughest fight in Genshin Impact at this point, and will require a lot of skill to get through it.

Andrius is immune to Anemo and Cryo, so characters that do these damage types will effectively only be able to use physical attacks. Hydro can be risky because Andrius does so much Cryo damage that you will perma-freeze yourself. You basically want to stack your party with characters who do any type of damage but those.

Ranged characters are a good idea, as melee characters leave you open to taking a lot of damage.

During the first stage, Andrius will attack by leaping at you and forming an icy explosion. He will also charge straight at you, then dash leaving an ice trail behind him that does damage. One of his hardest-hitting attacks is a forward slash with a huge radius, and he also does a spinning slash, doing damage all around him.

You will want to time your dodges perfectly, as it is unlikely you will get out of range and will be relying on I-frames to dodge most of the damage.

Andrius turns into a ghost Wolf, darting around the area while you take constant damage from the cold. You can cut this short by hitting him with an Aimed Shot while he is charging at you.

The third stage brings all kinds of new attacks. You need to watch out for falling ice storms, his tail attack, and his new roar attack that does area-of-effect damage. He can also cast three hard-hitting wind blades in front of him.

The simple fact is that this fight takes practice. You will need to learn his attacks and timings, and only then will you be able to take down the Wolf of the North.