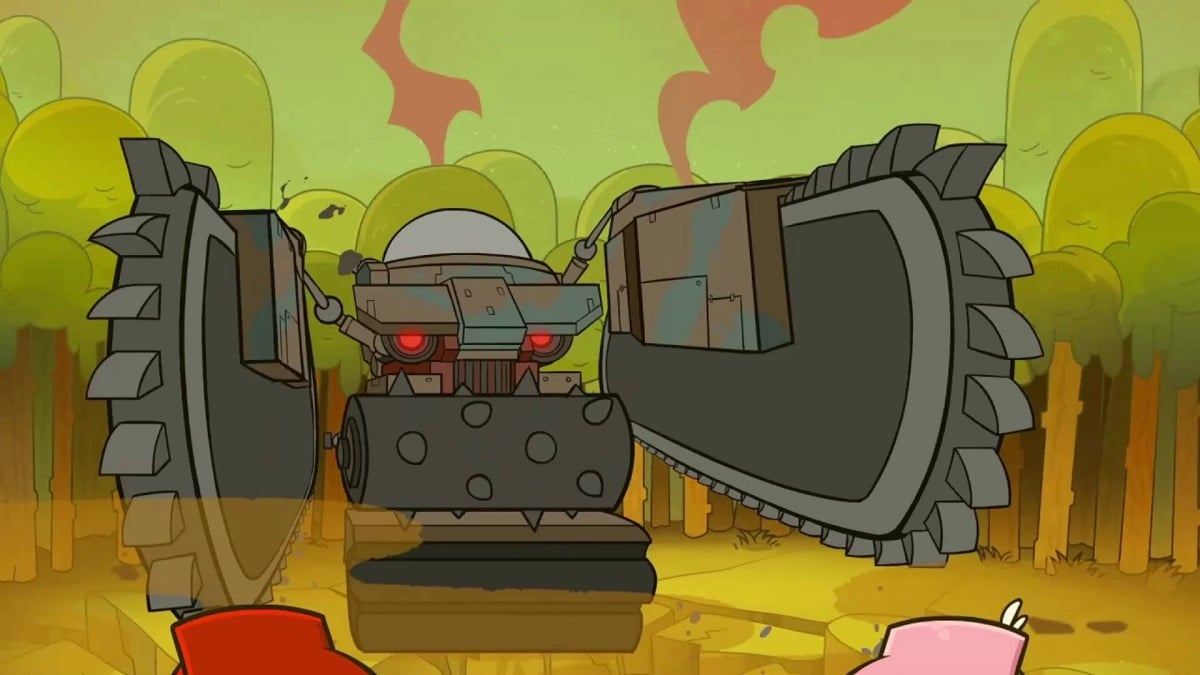 Like the original game, Super Meat Boy Forever provides a great challenge, especially if you want those to achieve those A+ and better rankings. You need to be fast and fluid through tracks while knocking out all enemies in sight.

However, also like its predecessor, each world that you encounter comes with a boss level to finish the stage. While you previously had to simply avoid taking a hit while completing tasks, in Forever, you will encounter bosses that need to fight. With the new control scheme and punching mechanics, you can be expected to fight your way through the bosses throughout each world.

Big Slugger is the first boss you will encounter, coming at the end of the Chipper Grove world. It’s essentially a giant bulldozer with chainsaws for arms. It can be very tricky to face, even as the opening boss, so you will need to be fast but calculated.

To start the battle, you will need to use the sand blocks to jump up and give yourself some height before the chainsaws drop down onto the level and take you out.

Once they have dropped, you will need to jump between the arms of the bot to stay in the fight. The objective here is not to survive, but to attack and destroy the four red bulbs scattered around the robot. There is one on each chainsaw arm, and one on either side of the main bulldozer that Dr. Fetus is situated.

To hit them, jump towards them and smash the jump button that would normally propel you forward. You will start attacking the red button. However, you need to be wary of the chainsaw arms, as these will constantly harass you and chop you down very quickly. You will know when they are about to attack as the arm will rise above your position.

This is required for all of the lights, but be vigilant when punching the sides of the tank, as your space is more limited and wall jumps require more precision. You will also need to time leaps between the arms as you traverse to the other side of the tank. Typically, only one saw arm will lift at a time, so patience is required here to avoid becoming and meat boy sandwich to the behemoth’s chainsaws.

Once all four lights have been smashed, you will see a cute cutscene with the tank blowing up and be able to move onto the next world, The Clinic.