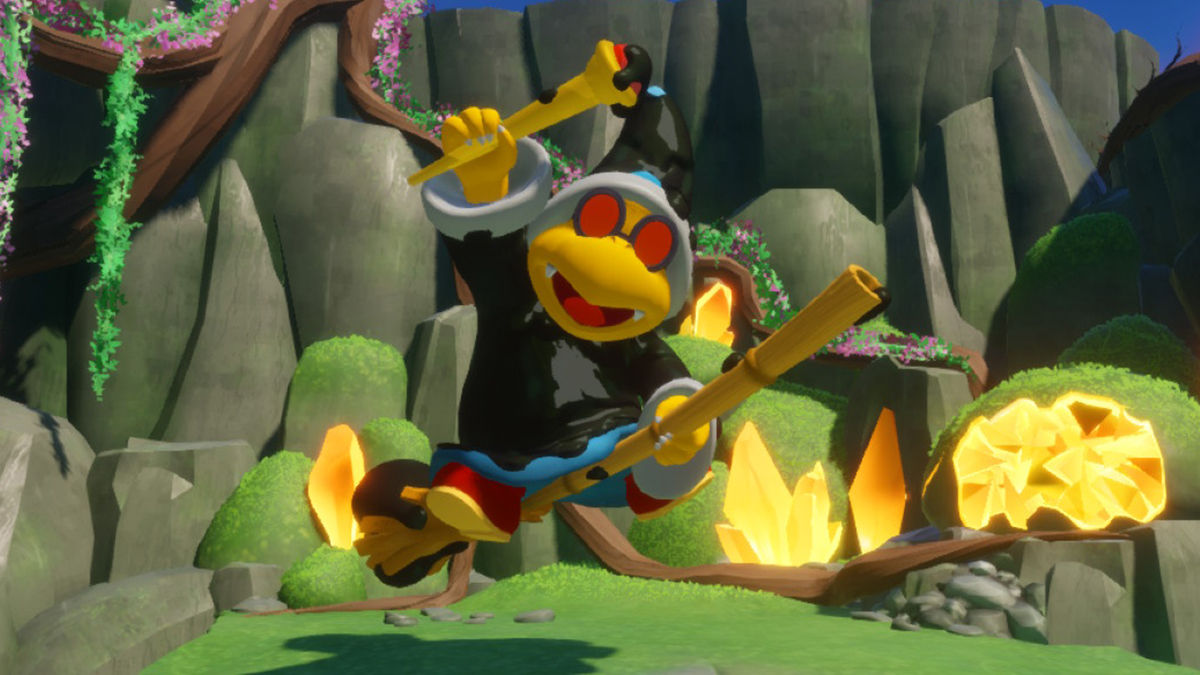 In Mario + Rabbids: Sparks of Hope, you won’t actually encounter any Magikoopas until the fifth planet, Barrendale Mesa. But the planet before that, Terra Flora, has an optional boss fight against a giant version of a Magikoopa. Like the other optional bosses in this game, this is an especially difficult fight. Read on to get the strategy for Magikoopa before you rush in.

Related: How to beat the Giant Depleter in Mario + Rabbids: Sparks of Hope

How to defeat Magikoopa the Magnificent

This fight is actually a lot more about the enemies around Magikoopa the Magnificent than the wizard himself. There are Oozers that can poison you and lock down your attacks, so be sure to take them out quickly and bring along Cleansing Elixirs to negate those effects if you get gunked. There are also lots of Goombas gathered on the battlefield, so be ready to deal with them. These are the regular versions, so remember that you can dash through up to three in a single move. Along the same lines, destroy any portals you can during the fight — it’s much better to single out one of those during a round than have several new enemies spawn in during the next one.

As for Magikoopa himself, he won’t directly attack you that often. Instead, he’ll summon more Goombas and boost the Oozers’ attack damage. Since dashes can only take out so many Goombas, your team needs weapons with a widespread or area-of-effect: Bowser, Peach, and Rabbid Mario will do. You can also use Sparks with area-of-effect attacks like the various elemental shockwaves or comets. These will help you deal with the inevitable Goomba swarm.

In general, you’re going to spend a lot more time getting rid of Magikoopa the Magnificent’s minions than actually attacking him. Don’t let yourself get locked down by Oozer curses or swarmed by Goombas: make sure you’re thinning the herd at all times. In the moments between, you can take aim at the actual boss. This method will win the battle in time, but be prepared to spend a lot of it.