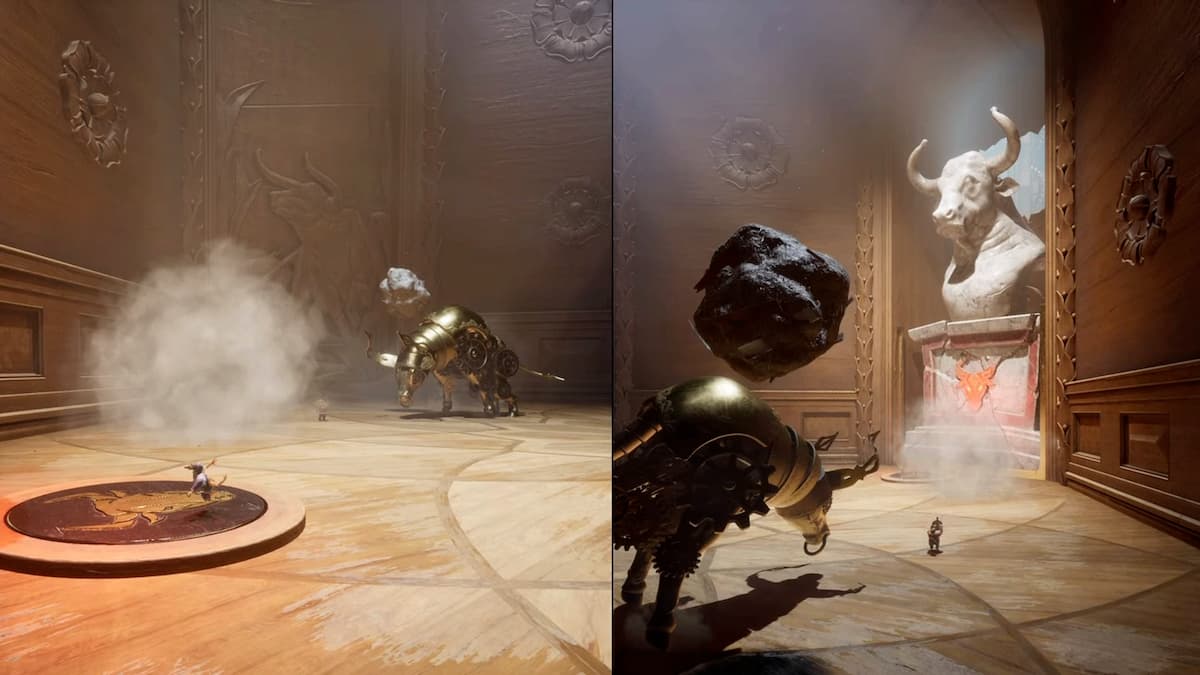 By far one of the most frustrating bosses to fight in It Takes Two is the Bull. This battle takes place at the end of the Clockworks section of the Cuckoo Clock chapter. To defeat this giant, bronze, and belligerent bull, you will have to make use of Cody’s time tuning and May’s clone to land three solid hits on it. However, it takes some precise timing, more precise than usual.

Notice a circle right below a stone bull statue. Cody will have to use his time manipulation ability to restore a button on that circle. Should May stand on this button, a wall in front of the statue will lower, revealing a fragile, red area of the pedestal on which it stands on. The camera angle will change, and the Bull will charge towards May. To avoid it, you have to set a clone anywhere else in the room.

If you can gather, you will have to teleport back to the clone before the Bull hits May, but it has to be late enough that the Bull will run into the pedestal. Otherwise, if you teleport too early, the Bull will veer off and follow and charge at the closest player. Teleport as late as possible — this will take trial and error. In our first playthrough, this still worked even though the clone was right next to May — the teleport window is enough for the Bull to completely miss you and run into the pedestal.

Do this two times — after that, the statue will break and fall down. Cody has to turn back time not only to restore the button, but to lift the statue back up. Do the same bait-and-switch with May, and the statue will land on the Bull, defeating it once and for all.