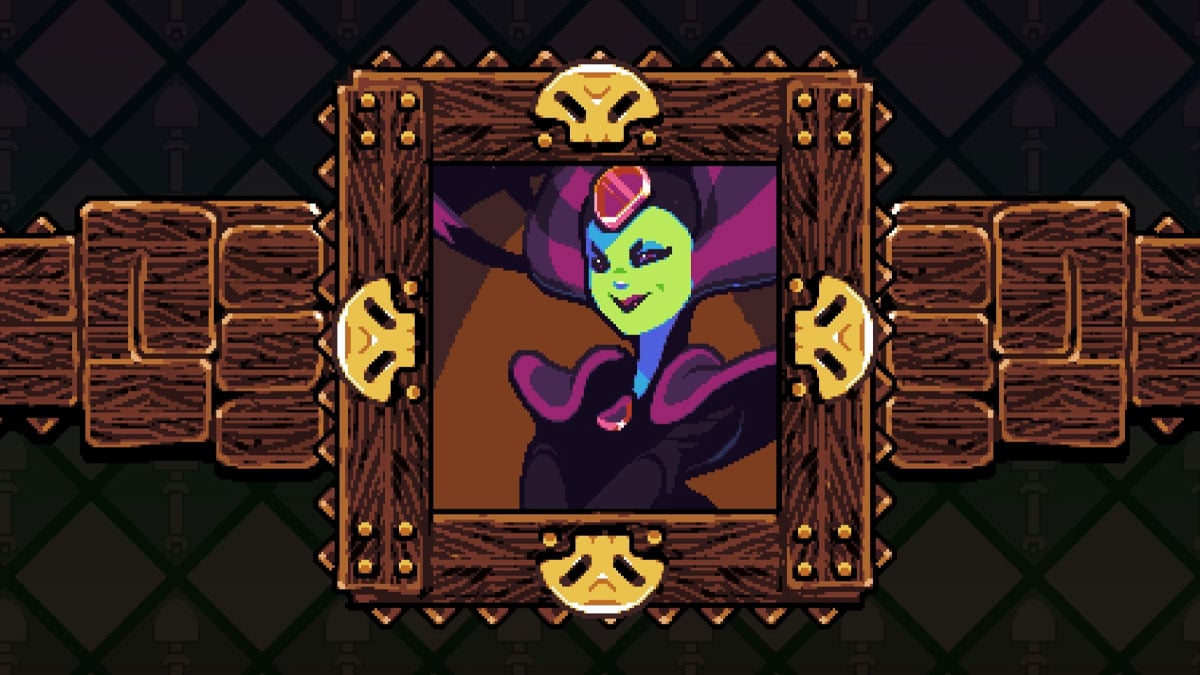 Shovel Knight Pocket Dungeon features all of our hero’s previous rivals in all-new boss battles, including the wicked Enchantress atop the hidden Tower of Fate. She’s not the game’s final boss, but she is a roadblock on the way to the true ending. Predictably, she’s a tough one to topple, so read on to get the strategy.

The Enchantress has lots of magic at her disposal, including a large 3×3 ball of energy that chases after you. Stay on the move to avoid getting zapped by its magic force — be careful, as she likes to conjure a second magic ball before the first expires. She can also fire a beam of green energy right across the battlefield. When you see that telltale line of tiles light up, steer clear. Finally, the Enchantress will summon a bullet hell pattern of magic bits that make their way down the whole battlefield. Be warned; this is a challenging move to dodge: you have to sidestep into the space the magic is about to leave to sidestep the blast and avoid damage.

That’s even harder to do if you let the battlefield get too crowded, so be sure to make quick work of the blocks and Boneclangs that show up to cause trouble. Finally, note that the edges of the grid, while darker in color than the rest of the battlefield, are not pitfalls — you can safely step there, despite what the tiles may look like.

Unlike other bosses in the game, beating the Enchantress does not bring her to your side. Shield Knight will already be unlocked on your journey to this boss fight, after all. Be confident and cautious, and you’ll be able to make this wicked witch melt.