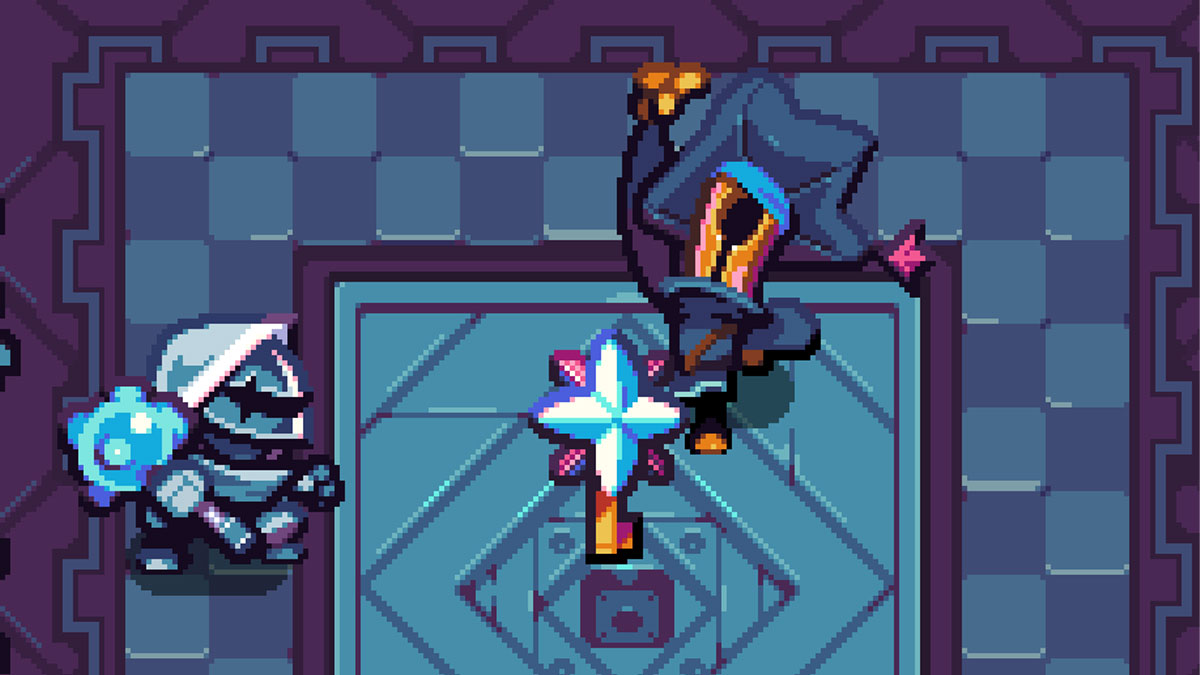 Shovel Knight Pocket Dungeon traps the characters from the original game inside a strange puzzle cube. Your escape plan will bring you face to face with Puzzle Knight, but beating him won’t allow anyone to escape — there’s some other mastermind at work. Read on to find out how to reach the true ending and achieve that sweet escape.

Early in the game, Puzzle Knight will mention Key Fragments, and collecting them is the, well, key to getting out of here. There are four Key Fragments — that’s the same number of shrines in the game. If you’ve already visited one, you can probably guess where this is going. You need to open all four shrines in a single run to reach the game’s true ending.

Shrines can be accessed from the Lich Yard, Chromatic Caverns, Stranded Ship, and Flying Machine. Look for a lone block that doesn’t match the others and destroy it to find a portal underneath. Strike it and step inside to reach the shrine. Each visit requires something different to open the shrine door, starting with three regular keys. Be sure not to open any chests when you fight through the Lich Yard, or you’ll have to start your run again. Beyond the first shrine door is Shield Knight, who joins the team once found.

The second shrine requires you to give up one tick of your maximum health, but at least every shrine has a free relic on the other side, in addition to more of the story. The third shrine costs 20,000 gems to open, but by the time you reach it, you should have more than enough funds — just don’t go wild in Chester’s shop in earlier levels. You’ll find Black Knight on the other side of door number three.

Door number four is a bit of a twist: it’s a boss fight with the Shrinemaster himself. Beat him to open the fourth and final door. With that, you’ll have all four Key Fragments assembled. Continue through the game as normal, and events will continue beyond the Puzzle Knight fight. You’ll be taken to a secret location, the Tower of Fate, where you’ll face the Enchantress. Even she isn’t the game’s final boss, so we’ll stop there in the interest of not spoiling anything.