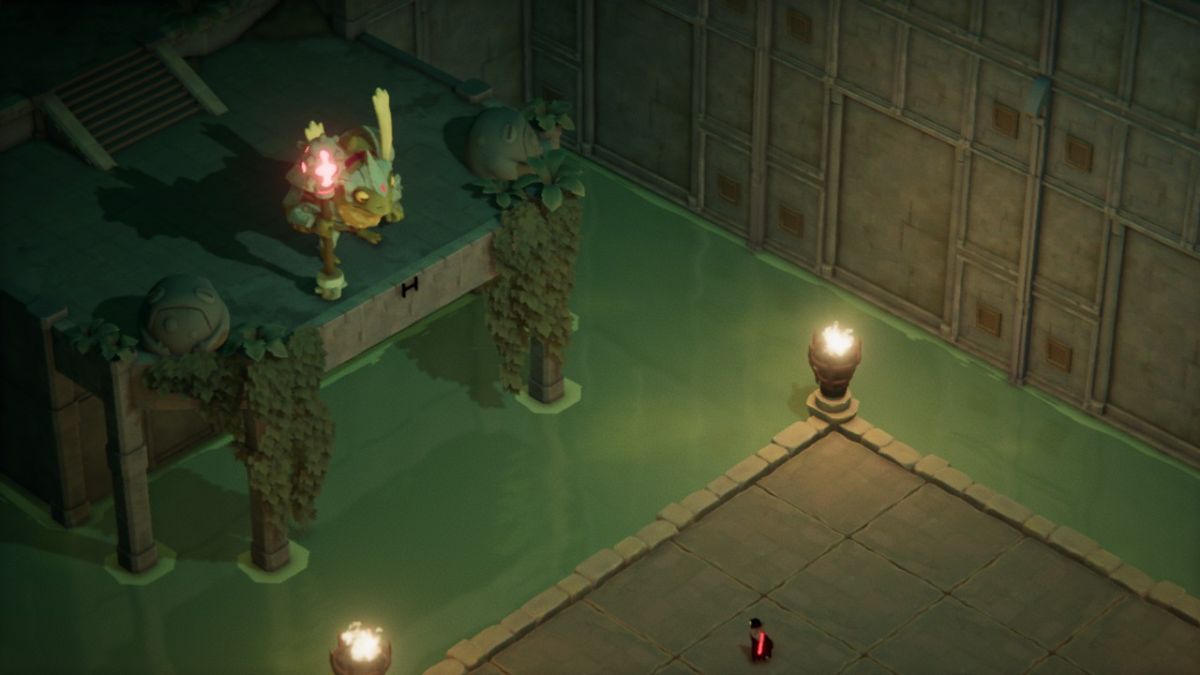 The Frog King is a menace of the forest as he rules over everything he touches. The mighty warrior has taken many lives, but it is now up to you to end his reign of terror in Death’s Door. Before attempting the boss, make sure you go back to the Hall of Doors and upgrade your character’s stats. We recommend improving your Haste for more speed and quicker rolling.

When the battle begins, he’ll start bouncing on his weapon like a pogo stick. It reminds us of Crash Bash or DuckTales, if you have played those before. Avoid his movements — once he sends a pink shockwave, hit him in the back where you’ll see red straps, keeping his armor on.

After repeating hitting him a third time in the back, he’ll swim into the water and then leap out of it. Avoid the middle section of the platform — this is when it gets serious. He’ll begin to rip tiles off from where you stand. He starts by tilting the platform on one side and attempting to suck you into his mouth. Keep running forwards and then roll yourself to the left or the right whenever you see a tile start to fall away. He’ll then start shooting balls of gunk from his mouth, which will take out even more tiles. Make sure you don’t fall into the water.

To counter the lack of tiles, shoot his weapon with a projectile whenever his back is exposed. The shockwave will replace all the lost tiles. Make sure you do this quickly before you run out of tiles to stand on.

Whenever the Frog King lands on his bottom, avoid the attack and then strike. Get a few hits in and repeat this process until his reign is finally over.

You’ve now finished the second major boss in the game. You only have one more to go until you reach the ending section.