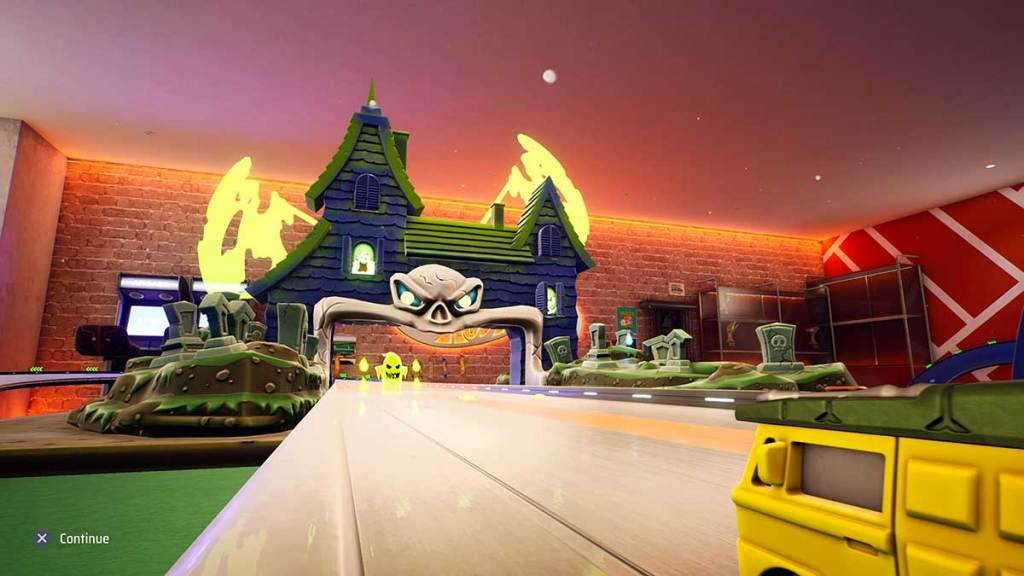 The Ghost Seekers Boss Race is the final Boss Race in the base campaign of Hot Wheels Unleashed. This is the fifth Boss Race you’ll encounter, and you can only access it after you’ve completed the other four. This race is the toughest in the game, which is why we’ve put together some tips to help you beat it and save the city.

The gimmick for this boss race is that it causes ghosts to spawn across the track at various intervals. There will be three ghosts lined up across the track, but only one will pop up at a time, meaning you need to drive to the side of it to avoid it. If you hit a ghost, your screen will be partially obscured, making it much harder to navigate. This is the most annoying Boss Race mechanic we’ve encountered, and it can ruin any lap if you’re caught out by it. Take care to avoid the ghosts as much as possible, and you should be fine.

Push opponents into the ghosts

If the track gets particularly crowded, push your opponents into the ghosts. The impact of the ghosts on the other racers is immediate and causes them to slow down and get out of your way. Only use this tactic if you have another car pushing into your side that won’t go away. It’s the perfect way to keep them behind you and ensure you gain another place.

Watch out for the spiders

Annoyingly, there’s a second mechanic to this Boss Race that makes it even more of a challenge. There are two points where spiders are spewing spider webs onto the track to trip up every car that passes by. If you hit the spider web, you’ll get stuck for a couple of seconds. Use your boost and dodge to try to avoid these webs if you can. At times, they’re unavoidable, but any that you can dodge will give you a few seconds on your opponents.

Unlike every other Boss Race, this one only has a couple of jumps, and it’s better if you boost as you drive up to them. They’ll send you flying across to the next track along and ensure you land with a decent speed boost. There’s very little chance that you’ll throw yourself to the side of the track, but you should aim for the middle all the same. Boosting on jumps will save you precious seconds and push you further ahead of the competition.