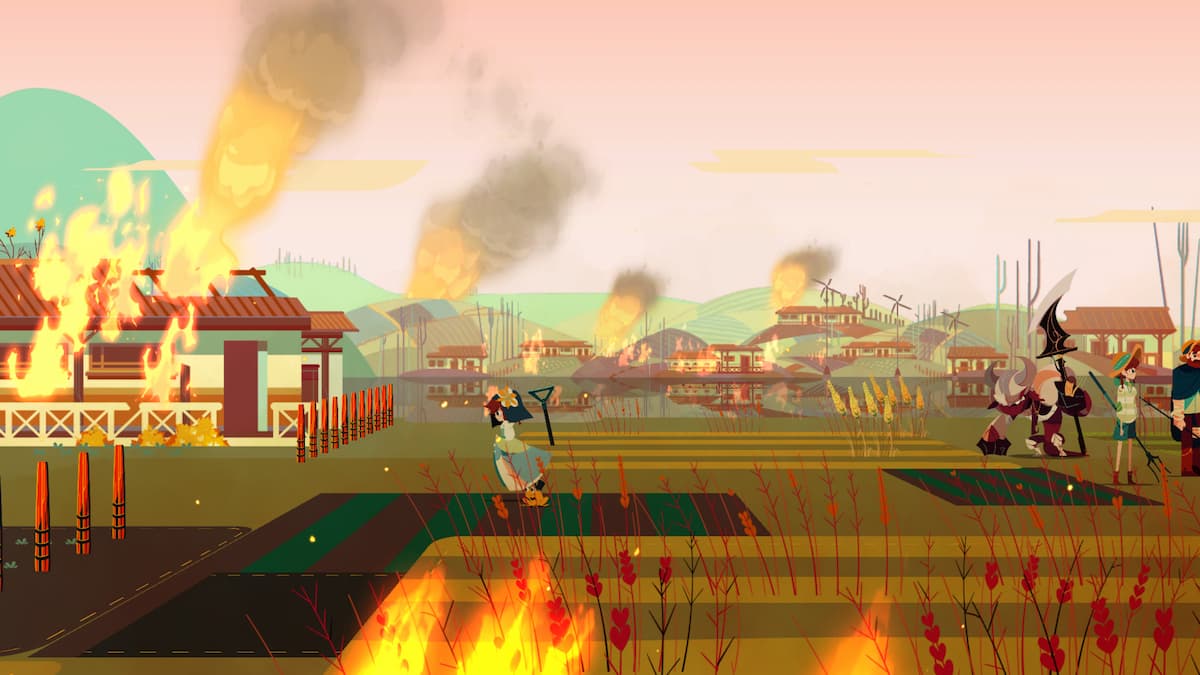 Your first boss fight in Cris Tales will be against the Volcano Gals, Volcano and Galley. These two ladies are heavily armored, protected by a massive shield. The shield is split in two, but the characters will constantly push it together, forming an unbreakable barrier that you cannot get through.

To take out this boss, you will first need to cast a water attack with Cristopher by going into his Skills menu. Select the only available skill and cast it on the boss. After that, use Crisbell to send the boss forward in time. This will cause the water to rust through the shield, leaving cracks in it that allow your attacks to go damage the boss.

After that, just keep selecting attack with each character, and do your best to score a critical when you striking the enemy. You can do this by hitting the confirm button at the exact moment your character swings. You will also need t do the same when the enemy attacks, as this will allow you to severely reduce the level of incoming damage by parrying for deflecting blows.

The Volcano sisters only really have two attacks, a single fire attack and one where they fire multiple waves of fire. Just wait until the fire is about to hit you, then hit the action button to deflect or parry the majority of the damage. This fight can feel quite long, but just keep going until the sisters decide to leave.