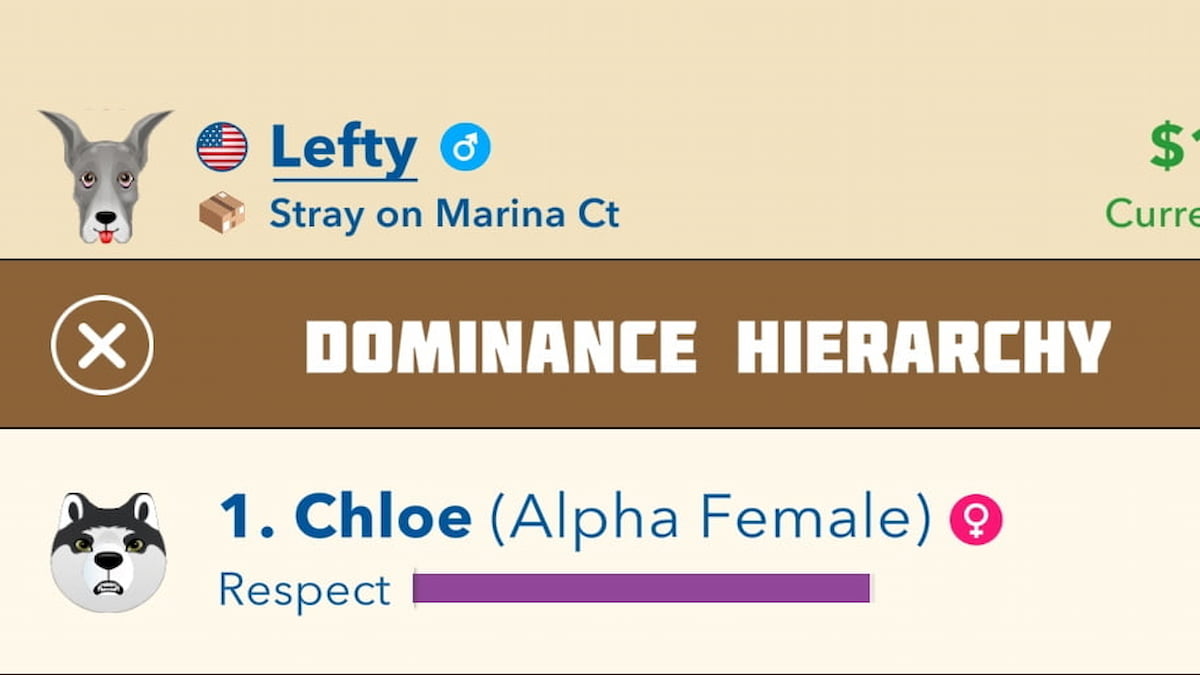 The Alpha of a small community of animals in DogLife is the top dog of a hierarchy. They’re the ones who are in charge, and they are the ones who call the shots. All of the other dogs underneath that Alpha submit to them, regardless if they’re other dogs or not. If you’re a dog, you might have several cats, or even a snake, which is beneath you. But you might not start as an Alpha of a hierarchy. Here’s what you need to do to become the Alpha in DogLife.

If they’re low in the pecking order of the hierarchy, all you have to do is bark at them, and they’ll back down, submitting to you.

The more respect you have for them, the higher likelihood that you’ll become the Alpha, or at least, go above the other animals. You’ll need to work your way up the hierarchy to become the Alpha, or you can go straight after the Alpha if you’re strong enough. It helps if your animal is older, such as a three-year-old dog. However, you don’t want to be too old.

You just have to wait to work your way up and gain the respect of the other animals in the hierarchy. Without any respect, you won’t go anywhere.