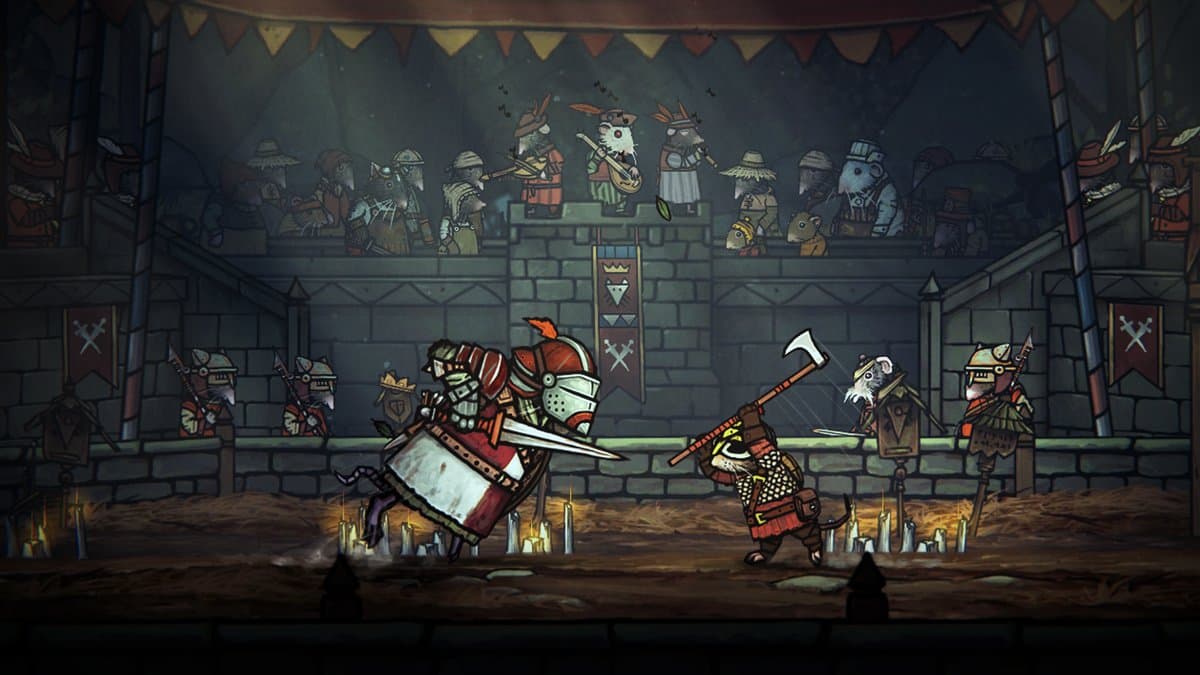 The free Bloody Whiskers expansion for Tails of Iron is all about fighting for your life. Never mind the fact that you’re now king of the rat kingdom and saved it from the frog menace. Now, you must fight to prove your worth. You’ll head back to the tournament grounds to face even more challenging foes, but before you can get started, you’ll have to complete a few things. Here’s how to begin Bloody Whiskers.

First of all, you will need to complete the original game before you can jump into the DLC. If you’re just starting out, it should take you around seven to eight hours to finish. Once you’ve completed the main story, follow the steps below to start Bloody Whiskers.

There is much more to Bloody Whiskers than fighting in front of a cheering crowd, however. You’ll get to explore a secret part of the castle and uncover much more about the previous king and what they’ve kept hidden away.