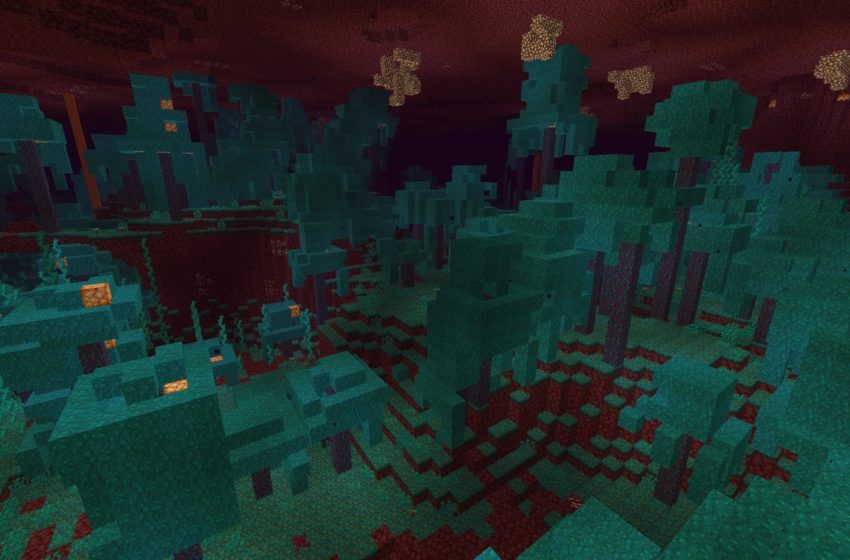 Since it’s introduction, the Nether in Minecraft has always been a barren, fire-ridden, wasteland. It is a place where you can set up camp but always had to return home to get resources and food and balance out the high-risk, high-reward lifestyle of the Nether.

There is still quite a lot of risk with the introduction of the Nether Update, but you can actually build your home in the Nether and live there permanently.

One of the most frustrating parts about living in the Nether is having your tools and armor burn up in lava. This usually means going back to the Overworld, getting more ore, and making new tools and armor: but no more!

Now you can use a Smithing Table to reinforce your armor and tools with Netherite. Netherite tools and armor do not burn in lava and will flow in lava currents the same way normal items would in water. This will allow you to retrieve your items, and save your time and resources.

Though, you still may want to have gold armor too, to protect you from Piglins.

The Nether Update also brings the first-ever breed-able hostile mob to the game. Hoglins will attack you whether they are adults or babies, but will avoid Warped Fungus, which isn’t necessary but can help create a Hoglin farm.

Hoglins are so important because they drop leather and raw porkchops when they are slain as adults. Having a Hoglin farm means you will never run out of food in the Nether. Hoglins are bred with Crimson Fungus, so you must have found a Crimson Forest biome, where the fungus naturally grows to have a renewable food source in the Nether.

While the Nether does have more habitable areas now, it can still be much harder to travel around than the Overworld. That said, there are ways to combat those issues too.

If you find yourself trekking over Soul Sand and Soil Soul, you can pick up the pace with putting a Soul Speed enchantment on your boots. This will speed you up on these blocks and can be a level I, II, or III enchant naturally.

Then there are Striders. Striders are a new mob; you can ride with a saddle and control with Warped Fungus on a Stick. They can walk on lava so they can help you get your Netherite items back or get you from place to place in the Nether.

Like Crimson Fungus, Warped Fungus only grows naturally in the Warped Forest biome. You will have to find one before you can control a Strider.

Some of these choices make life entirely in the Nether easier, while others make it possible at all. Most importantly, it’s not just that you can live in the Nether, but with new biomes, mobs, items, and resources you may want to. The Nether Update launches June 23.