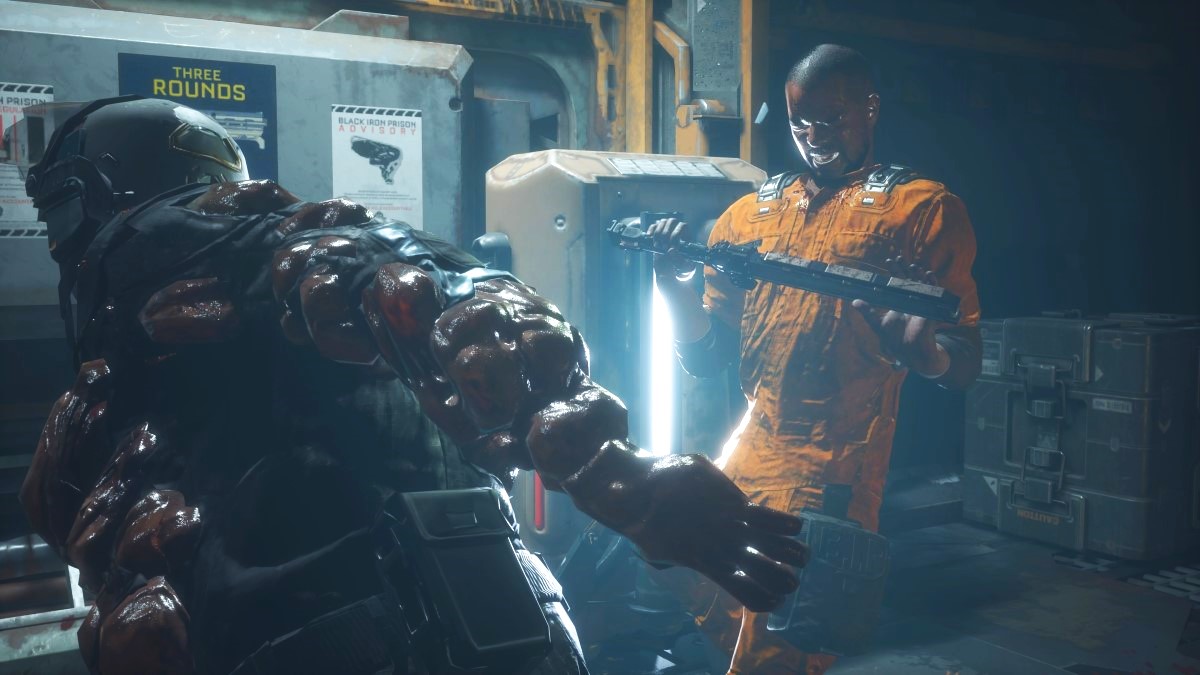 The Callisto Protocol is a game in which it’s important to learn and refine effective melee combat skills. Early in the game you won’t have any ranged weapons at all, and even after you do acquire some firearms, ammo is always going to be limited, so you’ll often need to fall back on your toe-to-toe fighting moves.

Related: Where to find the Skunk Gun Schematic in The Callisto Protocol

The game has some pretty unusual melee combat mechanics, and the tutorials aren’t as clear as they might be, which might leave you wondering how to dodge, how to block, and generally how to win fights without needing a ton of healing afterwards.

How to block in The Callisto Protocol

While dodging is included in the QTE-like melee combat tutorial, and gets its own full-screen pop-up tutorial, blocking just gets a tutorial prompt that pops up briefly in the corner of the screen for a few seconds then fades away, so it’s very easy to completely miss it, or else forget what it says.

To block in The Callisto Protocol, you need to be holding down/back on the left stick when the enemy attacks you. This isn’t a timing thing. In fact, if you try to time your block to the exact moment the enemy attacks, you’ll probably fail to block. You need to be already holding down/back on the left stick when the attack starts. This will make you hold up your melee weapon across your chest as the enemy attacks. You’ll still take a little bit of damage, but not as much as if you hadn’t blocked.

Is blocking effective in The Callisto Protocol?

The short answer is no, blocking is not particularly effective in The Callisto Protocol. We can’t think of any situation in which it wouldn’t be better to hold left or right instead of down/back when an enemy attacks. Holding left or right makes you dodge, which will result in no damage, whereas holding down/back makes you block, which results in minimal damage. And there’s no parry and counter-attack mechanic in The Callisto Protocol, so there are no particular advantages to blocking at all.