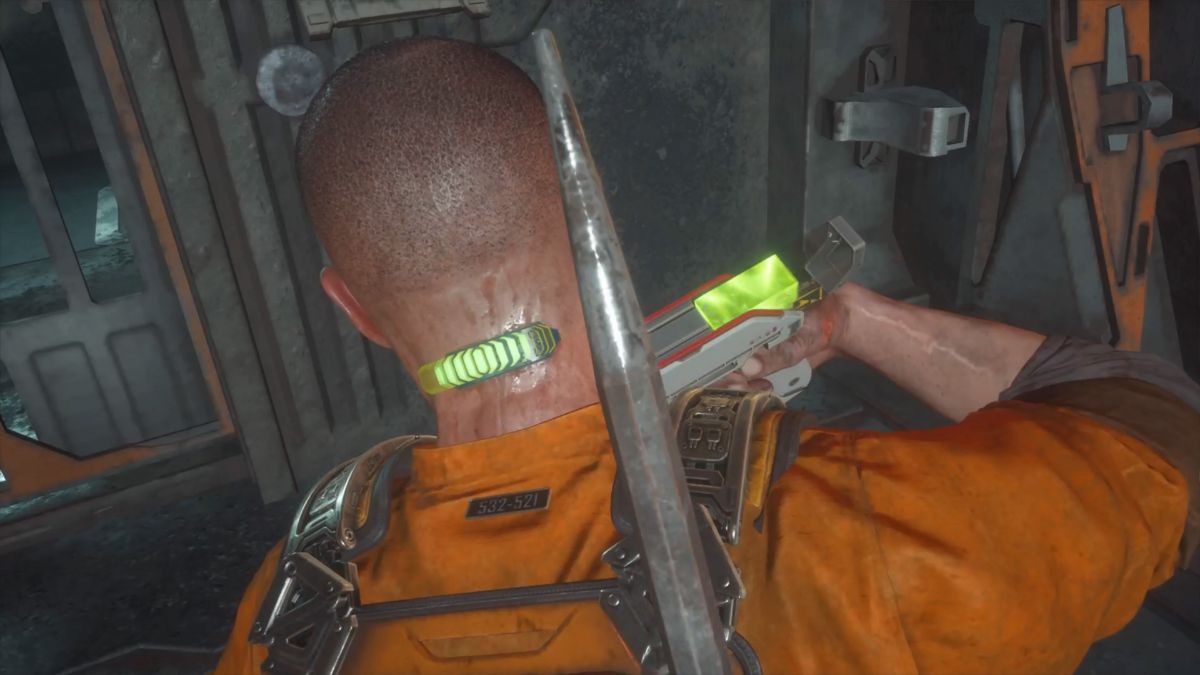 The Callisto Protocol is a tough game with extremely aggressive enemies, so your chances of getting through it without taking so much as a scratch are next to zero. And this isn’t one of those games where your health replenishes after a few seconds of inactivity. Your health is displayed by the implant on the back of your neck. If it’s full and green, then you’re in tip-stop shape, but if it’s narrow and orange, you’re close to death. And in The Callisto Protocol, death is guaranteed to be undignified, painful, and followed by a long loading screen. So, here are the two ways to heal in The Callisto Protocol.

Related: How to dodge in The Callisto Protocol

How to find and use Health Injectors in The Callisto Protocol

Before you use a Health Injector, you’ve got to find one. Health Injectors can be found inside wall mounted boxes with an icon that looks like two drug capsules on the front. These boxes are grey and blocky, just like the rest of the environment, so you have to really keep your eyes peeled for them.

You can also sometimes find Health Injectors inside loot crates, which are usually easier to spot than the wall mounted boxes. They’re basically the “chests” of The Callisto Protocol and, while they’re not always easy to reach, they’re difficult to miss.

The other way to get Health Injectors is to loot them from defeated enemies. Remember though, enemies don’t just drop loot as soon as they die in this game, and you won’t see any on-screen “loot corpse” prompt like you do in most games. No, The Callisto Protocol is a brutally violent horror game, so the only way to loot a corpse is to stomp on it by pressing Triangle/Y. When you do that, any loot on the corpse will pop out, and you can pick it up off the floor.

Once you have a Health Injector, there are two ways to use it. While the in-game tutorial says “Press the down button to quickly use a health injector”, you actually have to hold down on the D-pad for several seconds to complete the injection. It’s quicker than doing it via the inventory screen, but it’s by no means quick, and you can be (and often will be) attacked while you’re doing it. The same tutorial also doesn’t mention how to open the inventory screen, but that’s done by pressing up on the D-pad.

How to find and use Health Gel in The Callisto Protocol

Health Gel is most often found just lying around, but you can also find it by looting sometimes too. Unlike Health Injectors, Health Gel is not added to your inventory. It just gives you a health boost as soon as you pick it up. So, if you’re on full health and you find some Health Gel, it’s best not to pick it up immediately. Instead, make a mental note of where it is, so that you can come back and get it if and when you next get hurt.