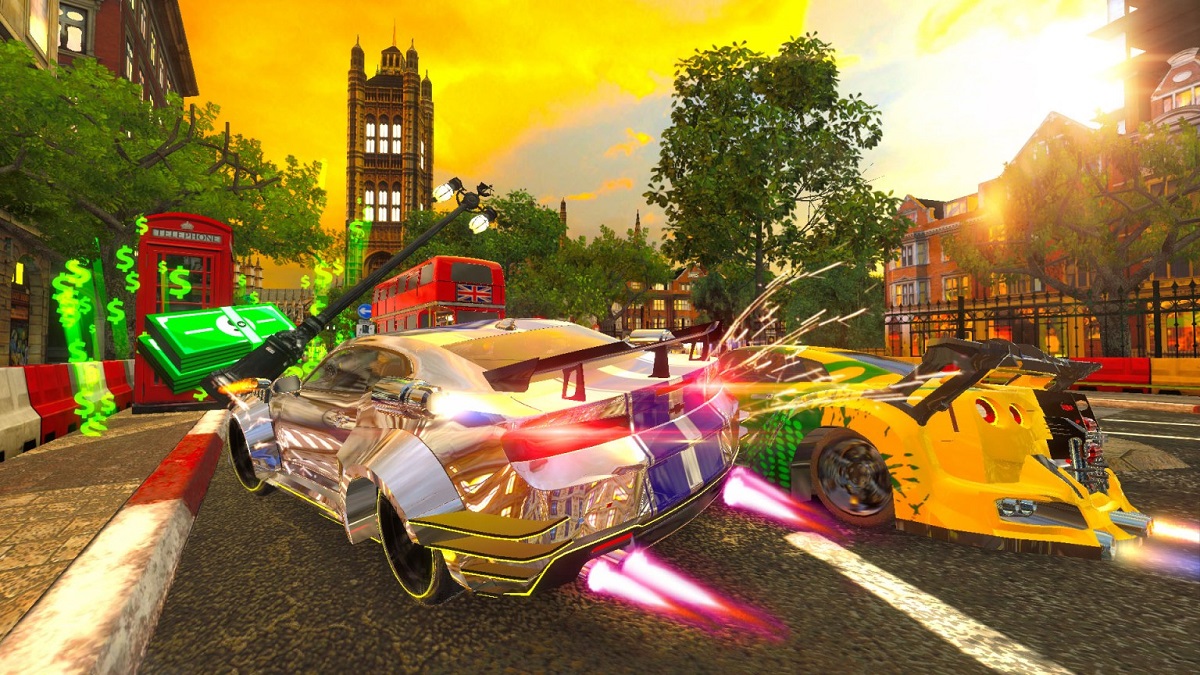 Cruis’n Blast is a thrilling racing game if you know how to boost your engines. There are multiple ways of getting even faster in this bombastic title that we’ll explain in great detail. Let’s rev up the streets and have some fun.

The easiest way to get an instant boost is with the limited nitrous oxide you have stored with your car. With a tap of the ZL button, you will ignite the engine and have a sudden boost of speed. It’s a great way to speed up to other racers on a straight space of the track. Use it liberally, however, you only have three available by default. Also, make sure you don’t use it around a corner. If you need an extra canister of nitrous oxide (N20), you can pay for it with $5,000 of in-game cash on the car selection screen.

The next way is to boost during the start of the race. It will tell you to Ready, Set, Go! When “Go!” is displayed on the screen, press the A button in rhythm to get a quick rush of speed. It’s similar to the Mario Kart series to a degree.

Next, is drifting. Again, like the Mario Kart series, you can skid across the track to gain a boost of speed at the end of the drift. While turning into a corner, hold the R button plus the direction you want the car to go in to drift. Try to hold it as much as possible on the meter above to get to blast. The closer you are to the end of the meter, the faster you’ll go. We would also recommend doing smaller drifts to the left and the right on straight roads to gain smaller boosts.

Another way to move faster is by doing a wheelie with your car and flipping in the air. You can do that by pressing the A button twice. Lastly are the speed ramps you’ll find along the path that are colored purple. They give you a slight boost in speed as you jump up in the air.