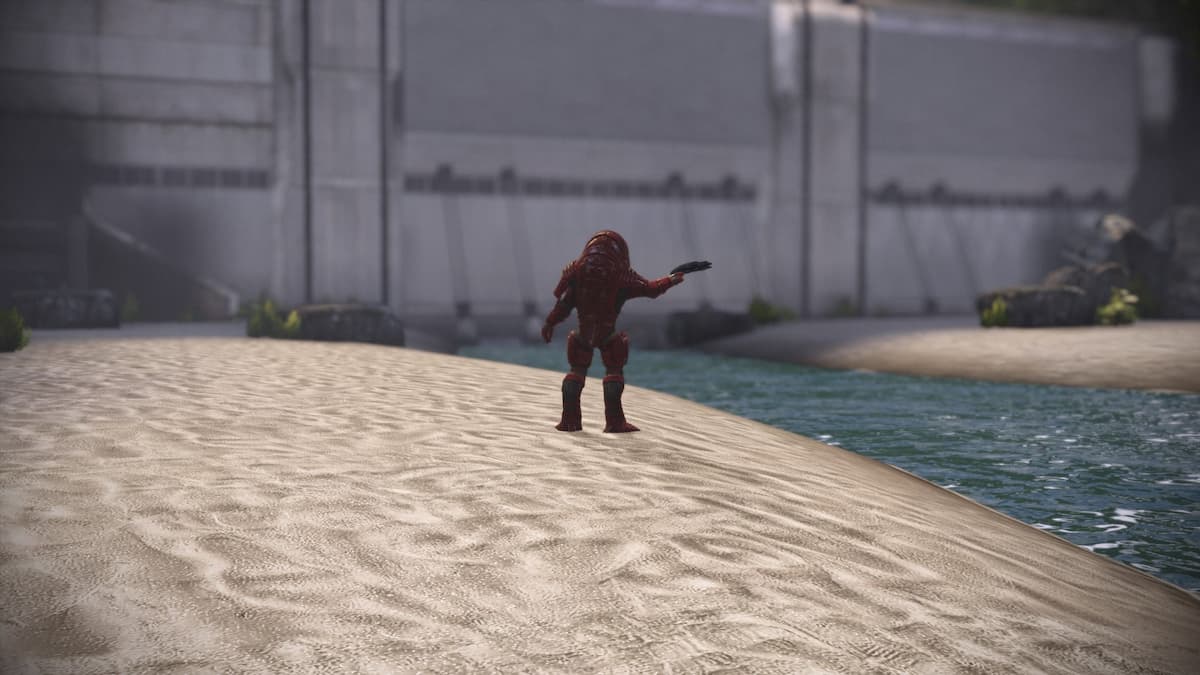 When you touch down on Virmire on a critical mission for the Council in Mass Effect Legendary Edition, you’ll discover the Salarian team there has been keeping an eye on a research base Saren’s been working on. The team leader, Captain Kirrahe, details that Saren has created a cure for the Genophage, the incurable genetic disease that curbs Krogan from having children as often because they breed at an incredibly high rate. Wrex, the Krogan teammate on your team, believes this is a good thing, whereas everyone else wants to destroy the facility. He walks away angry, not content with how the lines have been drawn. You can go over and speak with him, but if things go wrong, he might not walk away.

How to calm Wrex down

There are two ways to calm Wrex down at this moment. The best way to make sure you never fail this moment is to obtain Wrex’s Family Armor well before going to Virimire. You will not be able to go after this armor when you arrive on the planet. When you’ve given Wrex the armor, and this dialogue tree appears, there will be no Charm or Intimidate check. Wrex will be able to work with Shepard enough to trust them.

Alternatively, if you do not grab Wrex’s Family Armor, you’ll have to increase your Charm or Intimidate high enough to gain the dialogue option to calm him down. You can do this when you have a high enough Paragon or Renegade Shepard. You’ll choose the top or bottom option, depending on what type of Shepard you’re playing. You’ll need at least eight points in Charm or Intimidate to complete this check.

Other, worse options include having Shepard personally killing Wrex in this situation or signaling to Ashley to eliminate Wrex when he does not listen. Killing Wrex ensures he is dead, and he will not appear in Mass Effect 2 or 3.