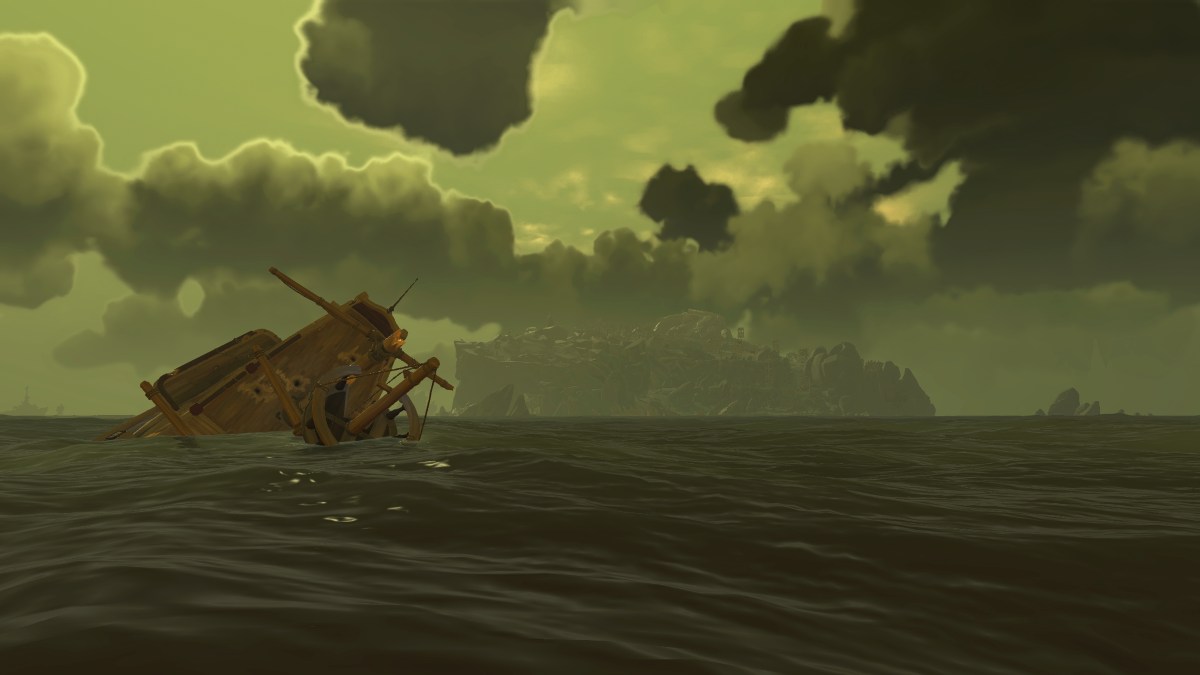 Wreckers are one of the more challenging fish species to find in Sea of Thieves. As their name implies, Wreckers can only be caught while in the vicinity of Shripwrecks, which are sunken ships that spawn in random locations. The best way to find one is to sail around the map at full speed, keeping an eye on the horizon for part of a ship sticking out of the water and the flock of Seagulls flying above it. Wreckers sell for less than Stormfish, the same as Battlegills, and more than the other seven fish species in Sea of Thieves.

Wreckers require Earthworms to catch, which you can find randomly in Barrels or dig out of grassy areas using the Shovel. Unfortunately, if the Shipwreck you find is in The Shores of Plenty or The Wilds, the pool of fish you can potentially catch will not only include Wreckers and Splashtails, but also Plentifins or Wildsplashes, respectively. Fishing with a larger crew will allow you to catch more fish and have better odds at finding Rare variants, so we recommend doing so. It’s also better to have extra eyes scanning the horizon when searching for a Shipwreck.

While you need to be fishing quite close to a Shipwreck for Wreckers to spawn, you’ll want to make sure that you’re not directly facing the Shipwreck, as your line will snap if the fish swims into the wreck. Instead, try fishing on the Shipwreck itself. If it’s a fully underwater Shipwreck, or if the wreck is too hard to climb, just anchor very close to it and fish facing away from it.

Related: How to catch all Devilfish in Sea of Thieves

Rose Wreckers are the Base variant of Wrecker. Sea of Thieves’ Wreckers are based on real-life Angler fish, so the appendage on their heads naturally glows. This makes them easier to identify in the water compared to most fish, especially at night. The Rose has a purplish, pinkish glow in the water and should be easy to find. Depending on the pool of potential fish, it shouldn’t take more than 10 minutes to see one, unless you’re unlucky. One regular raw Rose Wrecker sells for 375 Gold at Seaposts.

The Sun Wrecker is the Common variant of Wrecker, meaning you’re likely to see it without fishing for too long. If you haven’t seen one, or any other Wrecker, after 15 minutes of fishing from your ship, make sure you’re close enough to the Shipwreck for Wreckers to spawn. You should easily spot the Sun Wrecker in the water thanks to its unique shape, red-orange body, and yellow glow. One regular raw Sun Wrecker sells for 450 Gold at Seaposts.

The Blackcloud Wrecker is the only Storm variant of fish in Sea of Thieves. It’s notoriously difficult to catch because it requires you to be at a Shipwreck in a Storm for it to spawn. Since Shipwrecks spawn randomly — and you can’t control where Storms go — finding a Blackcloud Wrecker will require a lot of luck. If you want to increase your odds that someone in your crew will catch one, you could try dropping your crewmates off to fish at different Shipwrecks across the map, then pick up the person who gets a Blackcloud Wrecker first. Fortunately, it spawns pretty regularly when the conditions are met, and it can easily be identified by its dark gray body and green light. One regular raw Blackcloud Wrecker sells for 525 Gold at Seaposts.

The Snow Wrecker is the Rare variant of Wrecker, and while you don’t have to be in a Storm to catch it like the Blackcloud Wrecker, it’s possible you could find a Blackcloud before you come across a Snow Wrecker. It all depends on your luck. Snow Wreckers can take even longer to find than normal if you’re fishing in The Shores of Plenty or The Wilds where the pool of fish is larger. Don’t be surprised if it takes longer than an hour to find one, especially if you’re unlucky. Its albino color palette is typical of many Rare variants, and its glowing, pinkish-white light gives it away. One regular raw Snow Wrecker sells for 3,750 Gold at Seaposts.

While you should always check Shipwreck Barrels, Barrels of Plenty, Skeleton Ship Food Barrels, Rowboat Chests, and Storage Crates for random fish spawns throughout your journeys, it’s especially easy to check the Shipwreck Barrels of the wreck you’re fishing by. The Barrels should reset once every day, spawning different fish and meats that you might need.