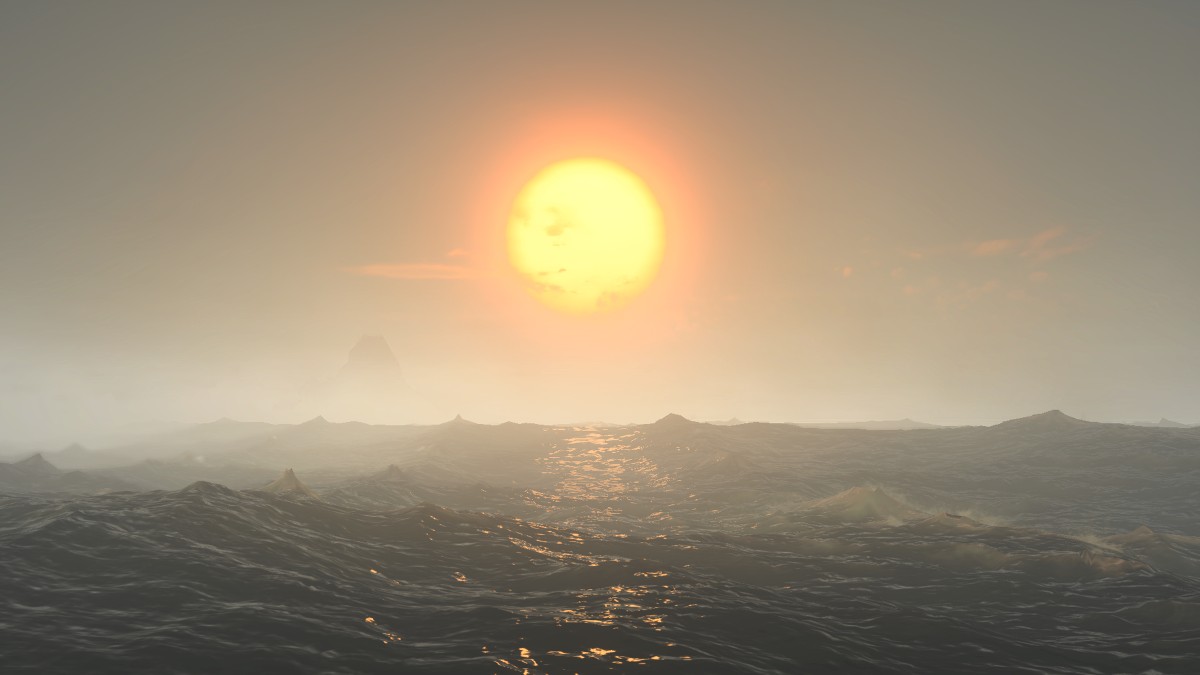 Devilfish are a Regional fish in Sea of Thieves that can only be found in the The Devil’s Roar, the Region that makes up the southeast corner of the map. While the waters aren’t murky in this area, The Devil’s Roar is certainly the most dangerous Region in Sea of Thieves. Volcanoes regularly erupt within its boundaries, spewing flaming debris and boiling the seas nearby. For this reason, we recommend fishing on your ship around coordinates T-17 to T-18. You should be safe from volcanoes here, and you can quickly sail south-by-southeast to the Roaring Traders Seapost at coordinates U-20 to sell your haul, but don’t linger.

Devilfish sell for more than Islehoppers, Pondies, and Splashtails, but less than Wreckers, Battlegills, and Stormfish. You’ll need Grubs for bait, which can be found either randomly in Barrels or by digging in the sand. If you’re fishing at T-17 to T-18, the pool of fish you can catch will be limited to Splashtails and Devilfish only. To catch more fish and increase your odds of catching a Rare variant, it’s always best to fish with a larger crew.

Related: How to catch all Plentifins in Sea of Thieves

The Ashen Devilfish is the Base variant of Devilfish, meaning you should find one of these quickly as long as you’re in the right Region with the right bait. Fortunately, the Devilfish aren’t so easy to confuse with other fish, so you should easily identify the black body and pink fins of the Ashen. One regular raw Ashen Devilfish sells for 225 Gold at Seaposts.

The Seashell Devilfish is the Common variant of Devilfish. It should be pretty easy to find — likely fewer than 10 or 15 casts, depending on luck. Although most albino fish are Rare variants, this is not so with the Seashell, so keep that in mind during your search. It can easily be identified by its white body and pink fins/eyes. The Seashell could be confused with an Umber Splashtail, but it’s highly unlikely you’ll be seeing those often. One regular raw Seashell Devilfish sells for 300 Gold at Seaposts.

The Lava Devilfish is the Uncommon variant of Devilfish. It shouldn’t be easy to confuse with other fish, as it sports a bright, red-orange head with a darker lower half, but it will be harder to come across than most other Devilfish. While fishing largely depends on RNG, it could take you 15 minutes of fishing with a Galleon crew to spot one. One regular raw Lava Devilfish sells for 375 Gold at Seaposts.

Related: How to catch all Wildsplashes in Sea of Thieves

The Forsaken Devilfish is the Rare variant of Devilfish in Sea of Thieves. Catching one of these could take you an hour or more of fishing with a Galleon crew. Or, you could catch it on your first cast, assuming you’re lucky. Don’t give up! While most Devilfish aren’t easy to confuse with other fish, the Forsaken can easily be mistaken for a Sunny Splashtail. They’re both yellow, but the Forsaken has a more orange lower half. It also has a bulkier build. One regular raw Forsaken Devilfish sells for 3,000 Gold at Seaposts.

Firelight Devilfish are the Night variant of Devilfish. While you might think its black body would make it difficult to spot at night, but its glowing-red fins and bright-yellow stripes actually make it easy to tell when it’s on the line. Also, as with other Night variants, this fish is pretty common at night, so you should find it with ease in one night cycle. One regular raw Firelight Devilfish sells for 300 Gold at Seaposts.

To maximize your odds of finding the fish you seek (regardless of species), always check Shipwreck Barrels, Barrels of Plenty, Skeleton Ship Food Barrels, Rowboat Chests, and Storage Crates for random fish spawns.