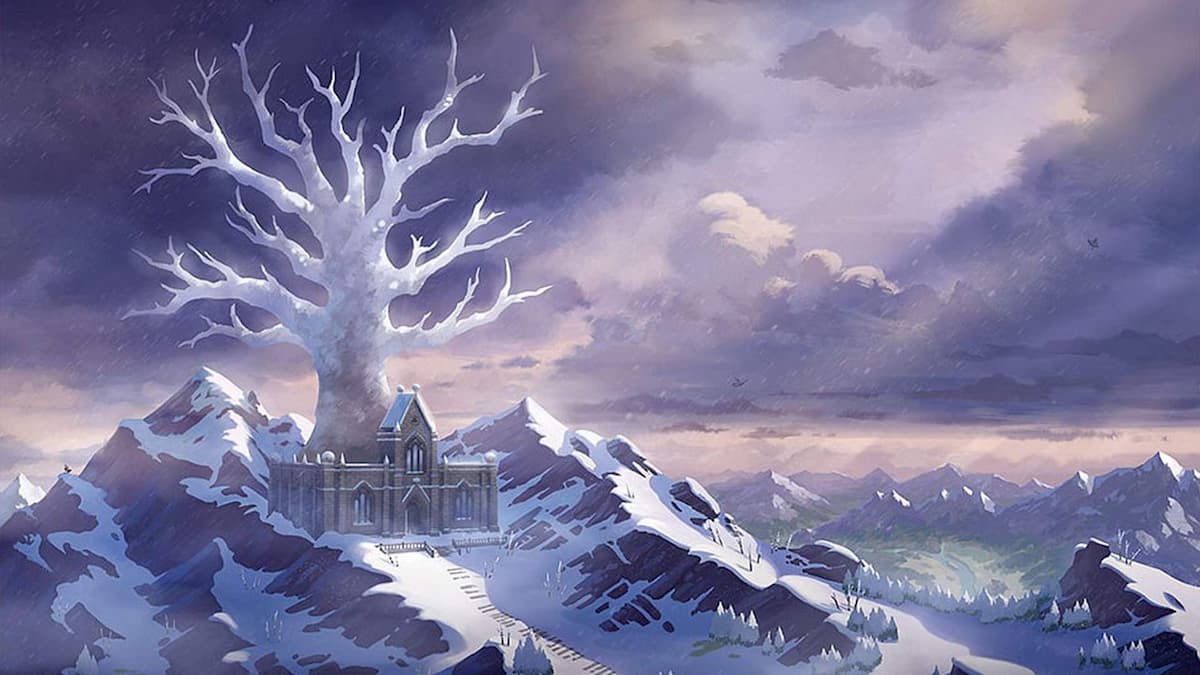 The legendary Swords of Justice Pokémon have wandered into Pokémon Sword and Shield’s Crown Tundra expansion, and you can now catch them. These legendary Pokémon are a hidden little gem for you to find when you encounter your first pair of Pokémon footprints outside Freezington, the new town featured in Crown Tundra. Shortly after discovering the footprints, Sonia will appear to enlist your help to find the rest of them.

The adventure has you wandering all over the Crown Tundra region to find the various footprints for each of the three legendary Swords of Justice. There are 50 for each, which seems quite a bit, but it’s far easier than the Diglett locations in the Isle of Armor. These footprints randomly appear in a distinct region, so if you wander around enough on your bike, you can find all of them with your bike and plenty of dedication.

Once you collect 50 footprints for each of the Pokémon, Sonia determines the location, and then they will appear in Crown Tundra. If you do not find all of the footprints, Cobalion, Virizion, and Terrakion will not appear in the game.

Each Pokémon is in a distinct region.

How to catch Cobalion

Cobalion will be in the Frigid Sea region of Crown Tundra.

How to catch Virizion

Virizion will be in the Giant’s Bed region of Crown Tundra.

How to catch Terrakion

Terrakion will be in the Lakeside Cave region of Crown Tundra.

These Pokémon randomly show up in these regions, so don’t expect an expect spot when they enter the wild. Once you arrive at the location, hop on your bike, and investigate everything out until you find them. You’ll have to battle each one, capture them, and add them to your collection.