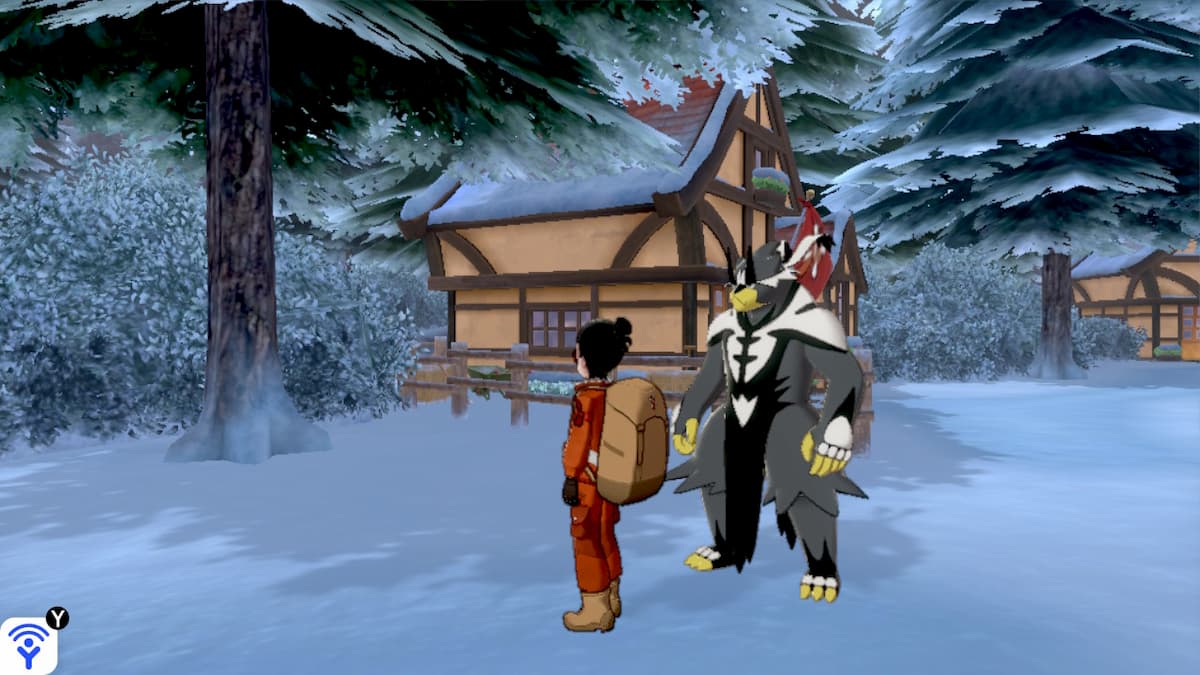 Sonia makes a surprise appearance in Pokémon Sword and Shield’s Crown Tundra expansion. She appears after you discover a small set of footprints of a Pokémon outside of Freezington, the small town introduced in Crown Tundra. Interact with the footprints, and Sonia will appear, pointing out the footprints to you and how you’ll have to wander around Crown Tundra to discover enough evidence to learn the whereabouts of these Pokémon. The Pokémon in question are the Swords of Justice Pokémon, Cobalion, Virizion, and Terrakion.

These footprints are essentially the Digletts you have to find all over the Isle of Armor to locate. Unfortunately, these footprints do not have distinct locations. Instead, you have to go out of your way to find them in general areas and look for the sparkling footprints on the ground. Once you interact with them, you’ll increase the amount of evidence you have regarding the particular Pokémon, and once you reach 100%, you can return to Sonia. There are 50 tracks for each of them scattered all over the region, and they randomly spawn into each area.

There are three locations you need to visit for each of the footprints.

Where to find the Iron Will Pokémon (Cobalion) footprints

These are all of the locations you can find the Iron Will Pokémon footprints, which is evidence for Cobalion.

Where to find the Cavern Pokémon (Terrakion) footprints

These are all of the locations you can find the Cavern Pokémon footprints, which is evidence for Terrakion.

These are all of the locations you can find the Grassland Pokémon footprints, which is evidence for Virizion.

Once you collect all of the Pokémon tracks for each of the Sword of Justice legendaries, return to Sonia back at the inn you’re residing in to turn in the evidence. You can now capture Virizion, Cobalion, and Terrakion in Crown Tundra and add them to your collection.