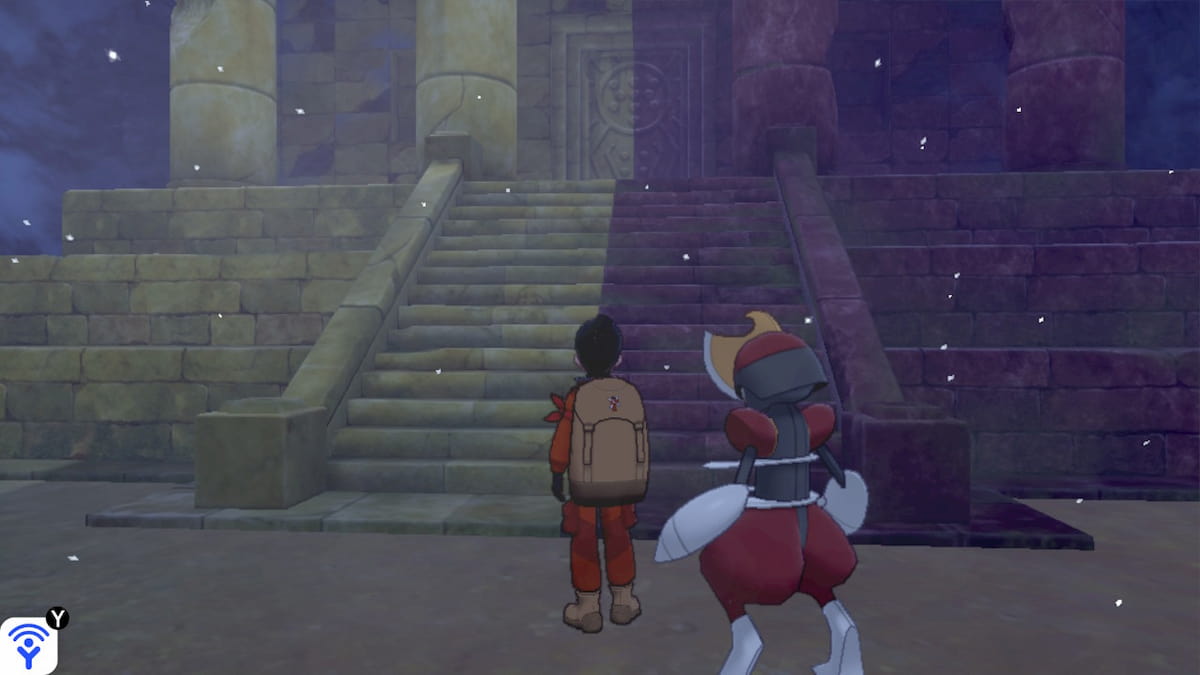 There are plenty of old and new legendary Pokémon for you to catch in Pokémon Sword and Shield’s Crown Tundra expansion. They’re all over the new portion of the map, hidden behind riddles and mysteries you need to figure out. For those who are eager to add Regeleki and Regidrago to their collection, you can certainly do that, but you need to really work to add them to your collection.

Regeleki and Regidrago are hidden behind a temple that you can find in Crown Tundra. They’re in the Three-Point Pass, which you can find right next to the Frigid Sea. It’s on the eastern portion of Crown Tundra, in the snowy region. You can reach it by going through the cave at the Giant’s Foot, the one that has water going through it.

Once you make it to the temple entrance’s, like the other Regi Pokémon caves, there will be requirements that you need to meet. These requirements are for you to have “a giant of rock,” “a giant of ice,” and “a giant of steel” in your party. That’s right. You have to catch Regirock, Regice, and Registeel before you can capture these two Pokémon. Those three Pokémon have temples all over Crown Tundra with their own requirements you have to meet. If you don’t capture them, you won’t be able to complete the second legend of Crown Tundra.

After you have Regirock, Regice, and Registeel in your party, approach the entrance, and you can enter the temple. Once inside, like the previous Regi Pokémon caves, you need to draw out the eye pattern to confirm which of the two Regi Pokémon you want to fight. You won’t be able to get both. Only those who have two versions of Pokémon Sword and Shield can walk away with both.