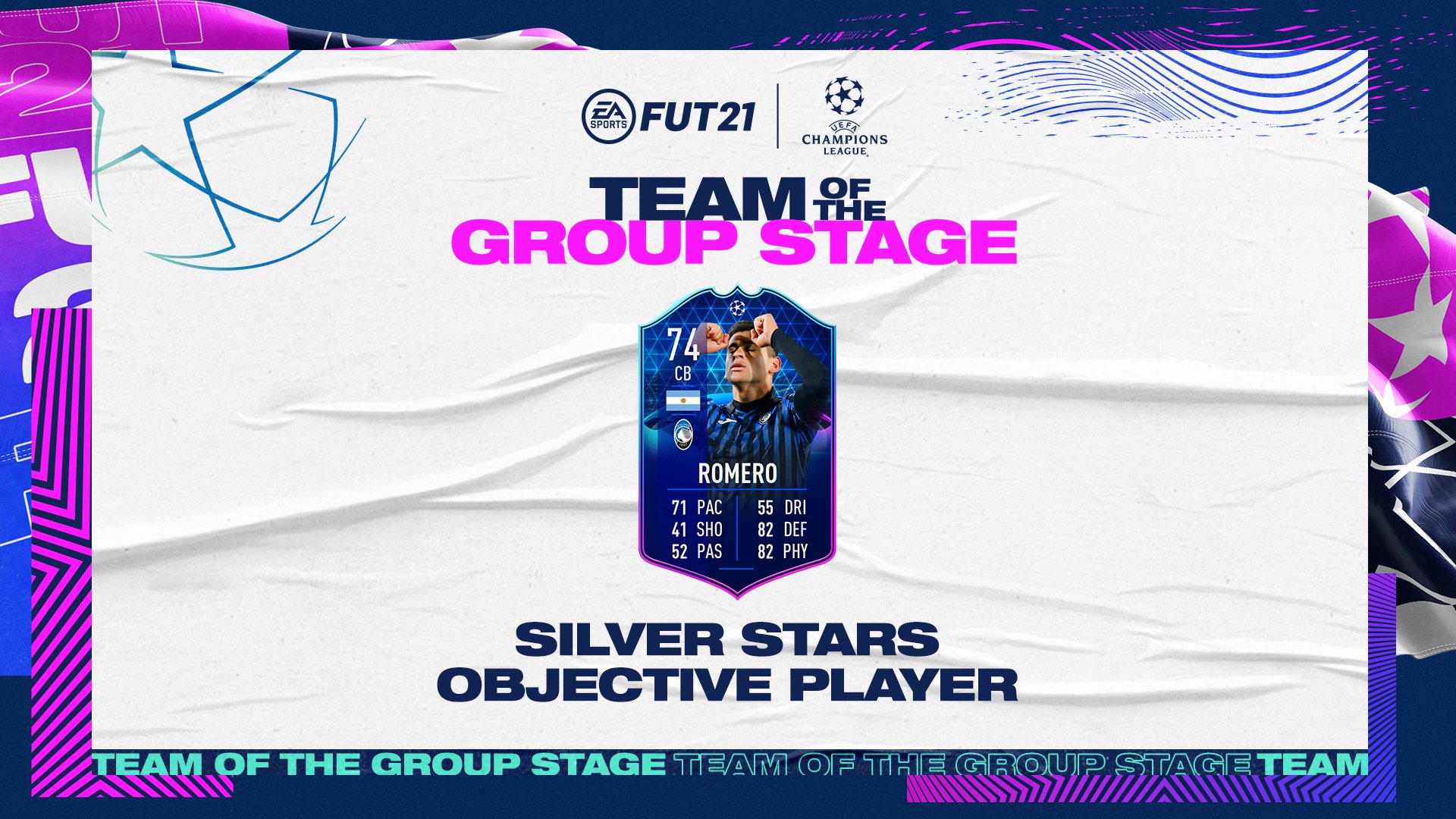 The Silver Stars objectives set of cards each week highlights a performance from a player that perhaps doesn’t get the recognition they deserve for it, often from a young and upcoming star. Not only do they help to fill out your Silver teams with great players, but sometimes with good enough stats to work in gold teams.

This week’s featured player is not part of the usual Team of the Week set, and instead, it is a player as part of the Team of the Group Stage for the Champions League. The highlighted player is the first defender in the Silver Stars Objective, Argentina center-back Cristian Romero.

The 22-year-old Atalanta player, on loan from Juventus, helped his team to be in with a great chance of qualifying for the Champions League knockout stages in a tough group for them.

His card is another excellent silver that possesses good defending and physical stats and some respectable agility stats. Adding a Shadow chemistry card to him will push his stats similar to that of an 87 overall rated player.

To obtain the Cristian Romero Team of the Group Stage card, you will need to complete the following objectives:

You must win three games in the Live FUT Silver Lounge mode. Playing one and losing will not count, but if your opponent quits during a match, this counts as an automatic 3-0 win for you and will count towards your objectives.