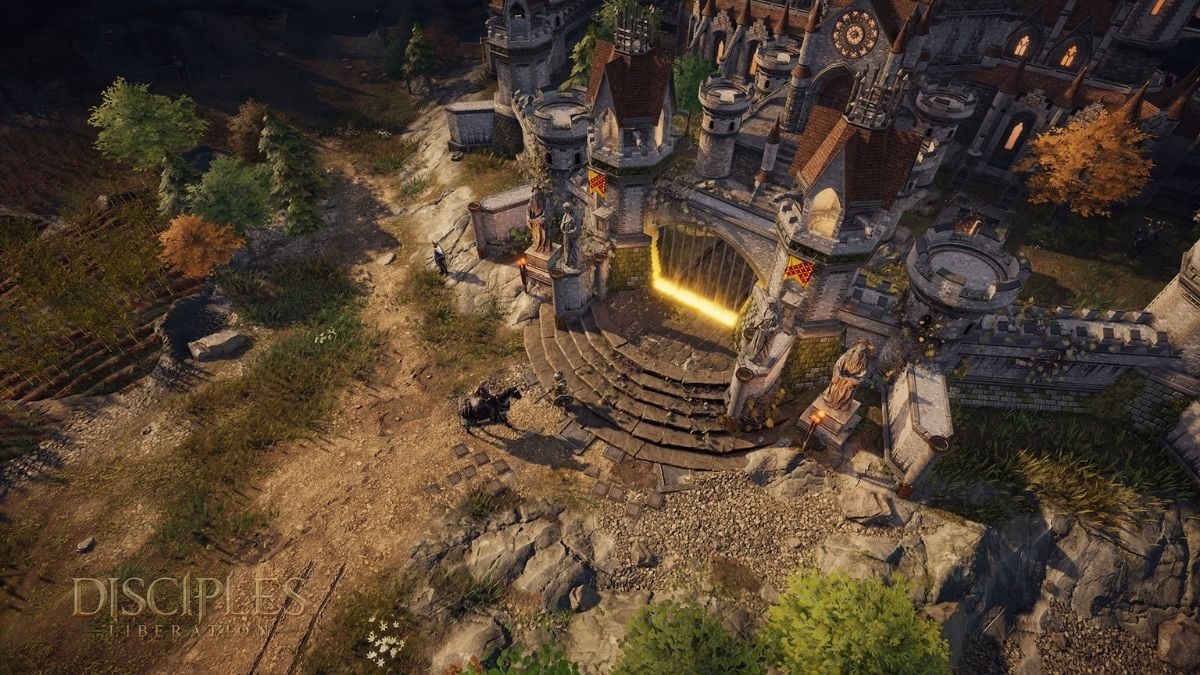 At the start of the Plains of Widows, you will call across a man known only as the Reaper. This man will inform you that the farmer known as Eudus is behind on his payments and must turn over the gold he owes. This will start the quest Death and Taxes.

Start by heading over to Eudus. He is easy to find. Nearby the Reaper is a farm. Follow the front of the farm to find Eudus standing in front of it. Talk to him, and you will get a few dialogue choices to run through.

While you can ask him any questions you want, the only way to continue the dialogue forward is to say, “Pay, or sharpen your blade.” Since Eudus is not much of a fighter anymore, he will deny conflict. He will also tell you about some rebels who steal his crops. From here, you have four options:

Of course, if you choose to not get involved, the quest will just remain there until you pick another option. We recommend you have a few troops ready to handle the upcoming fights as they can get a little dicey if you aren’t prepared.

If you choose one of the options that involve fighting the rebels, you can find them by heading south. You will spot a bell. Follow the road south of it until you come across a fort. Head to the right to find a soldier with a question mark above his head like in the image below.

Talk to the rebel to initiate the fight. For this fight, you will be dealing with four soldiers that are all level three. This is a pretty easy fight as long as you have the manpower to handle it.

Dealing with the Reaper is a little more difficult. The Reaper can consistently use a fire spell to damage units in close proximity to one another. Try to space out your troops so they don’t get caught on fire. We also recommend trying to deal with the Reaper’s healer as soon as possible since she can give healing to the other enemies on the board.

If you choose to only kill the rebels, you will receive gold for the battle and some gold from Eudus for taking care of his problem. If you choose to go after the Reaper, you will get gold as well, but you will also receive the Shortsword of the Taxman. Going after both targets will result in you getting twice the experience and gold. No matter what, you will receive a Faint Shard of Anger and 500 gold as a reward for completing the quest.