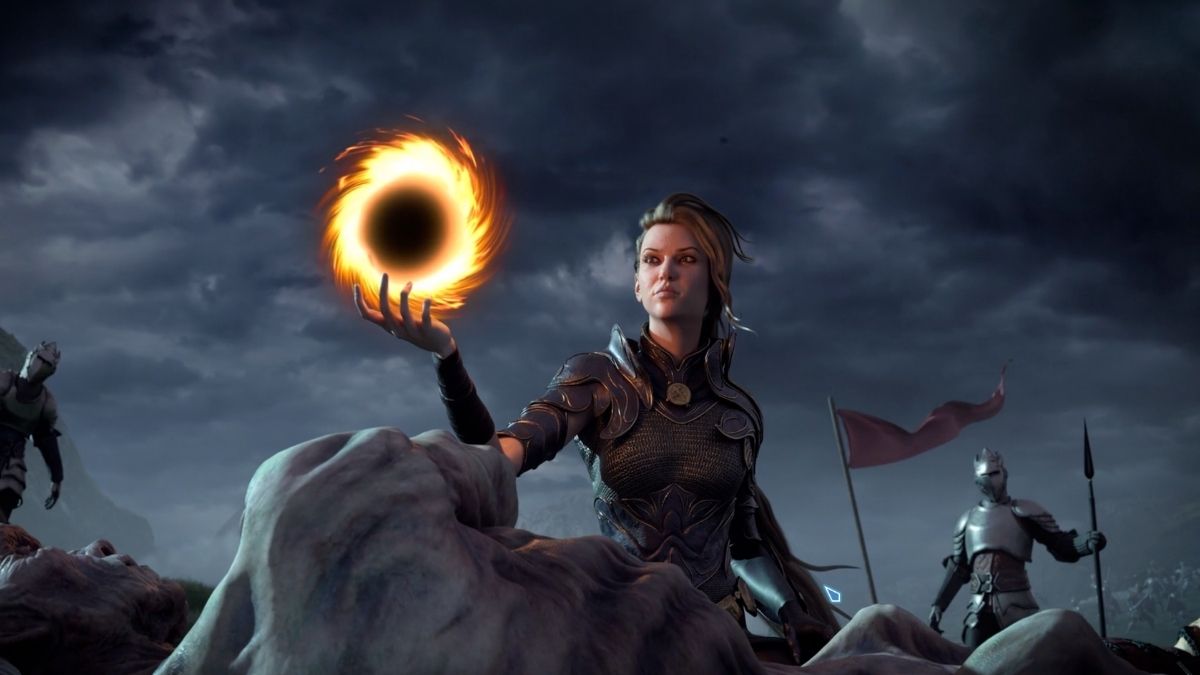 Sharlea still hasn’t found her sister. Back in Veranto’or, Sharlea attempted to find her sister but found her sister’s children instead. After traveling to Wotan’s Grave, you will meet a member of the Vein Walkers. These elves track mana that flows throughout Nevendaar.

From where you spawn in Wotan’s Grave, head up the north path and make a right to go up the hill. You will come across a portal. Go to the left to continue up the hill. There is a small caravan with the member of the Mana Walkers standing next to it.

After talking to the elf, you now know that Sharlea’s sister is here. It is time to seek vengeance. Just south of your location is a dungeon that you passed to reach the NPC. Enter this dungeon known as Under Wotan’s Mine. Once inside the mine, follow the path to the right to find an NPC named Gingold.

The Second-Woken have corned Sharlea’s sister. Either kill them or have Sharlea command them to move and head inside the chamber where Birkanna waits. You have a choice to make now.

Sharlea’s sister, Birkanna, has become a shadow of her former self and wishes for death for the pain that she caused. Sharlea doesn’t know what to do. You can tell her to kill Birkanna, spare Birkanna, follow her heart, or turn Birkanna into a vampire.

Deciding to kill Birkanna or have Sharlea decide herself will result in a battle. At the end of the battle, you will receive the legendary item, The Eternally Beating Heart. This is a weapon that only Sharlea can wield.