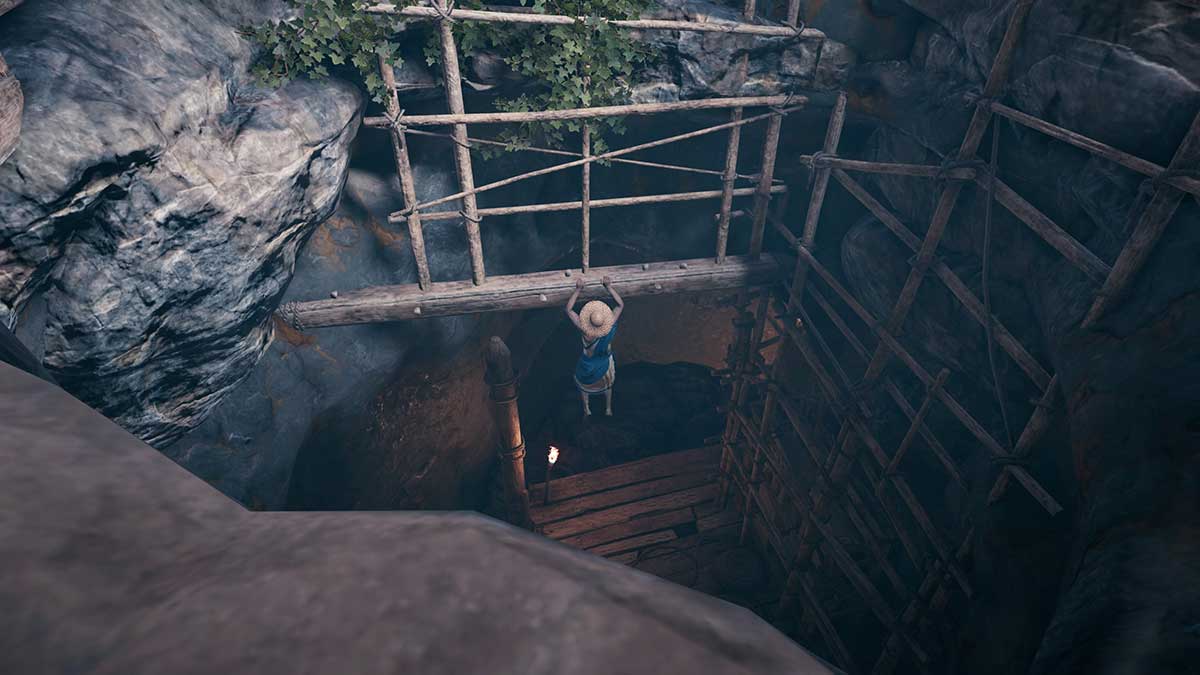 No Rest for the Misthios is the first quest in the Assassin’s Creed Odyssey crossover expansion with Assassin’s Creed Valhalla. You’ll start it soon after heading to Korfu to begin the expansion. This guide explains how to complete the quest, so you never get stuck.

The first part of this quest requires you to find Kassandra’s gear. You’ll receive a quest marker, but it’s still quite hidden. The entrance to the cave that holds the gear is behind some ivy on the rocks. As you squeeze through, you’ll find a cave system that goes below the island. Follow it into the room with the giant eagle. You’ll find Kassandra’s gear on the upper floor on the right-hand side of the room. This will also give you the Assassin’s Creed Valhalla-themed Northener Armor Set.

You’ll need to hit a few training dummies before you can leave, but once you do, head back to the villa to start the next step in the quest.

Once you’ve spoken to Kassandra’s friends, you’ll start the treasure hunt. The first clue sends you to Lake Katarrakton to look for a tablet. This location is north of the Southern Watchtower, the closest synchronization point on the island. See below for a map reference for the location.

The tablet is lying on a box on the dock. When you pick it up, you’ll get the second clue.

The second clue sends you to look for a pot filled with water in Alieos Village. This location is west of the first clue. See below for a map reference for Alieos Village.

The pot of water isn’t hard to find. It’s at the bottom of the village where there is indeed a goat walking around. However, you need to be prepared for a fight once you interact with it.

Step 3: A lot of fighting

The next step of this quest sees you fighting pirates:

Step 4: The next clue

The next clue takes you to the Lestikos Settlement. This location is on the southern shores of Drepani, and it’s pretty obvious because it’s the only major port there. It’s an area you’ll need to sneak or kill your way through to find a treasure hunter letter. There’s nothing special about it other than the enemies are rather tough, so be cautious.

Step 5: Return to Herodotos and Barnabas

Once you’ve acquired the treasure hunter letter, it’s time to go back to Herodotos and Barnabas to confront them about their prank. However, not everything is as it seems. While this will complete the No Rest for the Misthios quest, your journey on Korfu has only just begun.