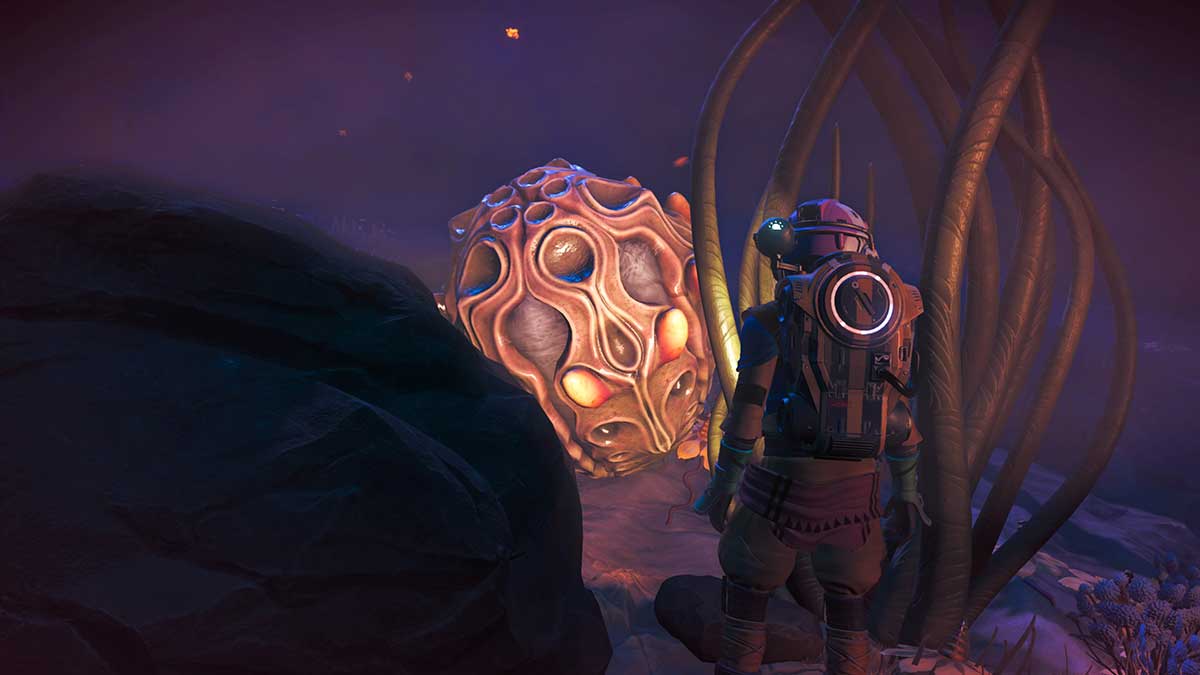 Spawn Beneath Your Skin is the fifth Milestone of Phase five in No Man’s Sky Expedition 4: Emergence. It’s also the last Milestone in the entire Expedition. To complete it, you need to collect three Vile Spawns from the Titan Worms infesting planets around the galaxy. You may have seen them before, but you won’t have been able to pick them up until now. This guide explains how to complete this Milestone and end the Expedition.

To complete this Milestone, you need to find another Titan Worm Burrow. Use the tactical visor in your scanner to locate one and run over to it. As you approach, Titan Worms will spring up from the ground. They’re tethered to a single location, but they can lash out and deal massive damage if you’re not careful.

To pick up a Vile Spawn, you need to kill a Titan Worm and pick it up from their corpse. This is only possible if you’ve already installed the Visceral Synthesiser. You’ll only have a limited amount of time to do this, so make sure you kill the Titan Worms one at a time and collect each Vile Spawn before it disappears. The Milestone will complete once you’ve collected all three Vile Spawns. After that, you can claim a Historical Document and a Cryogenic Chamber from the Expedition menu. This should also mark the end of the Expedition, meaning you can carry on and travel around the galaxy as you see fit from this point on.