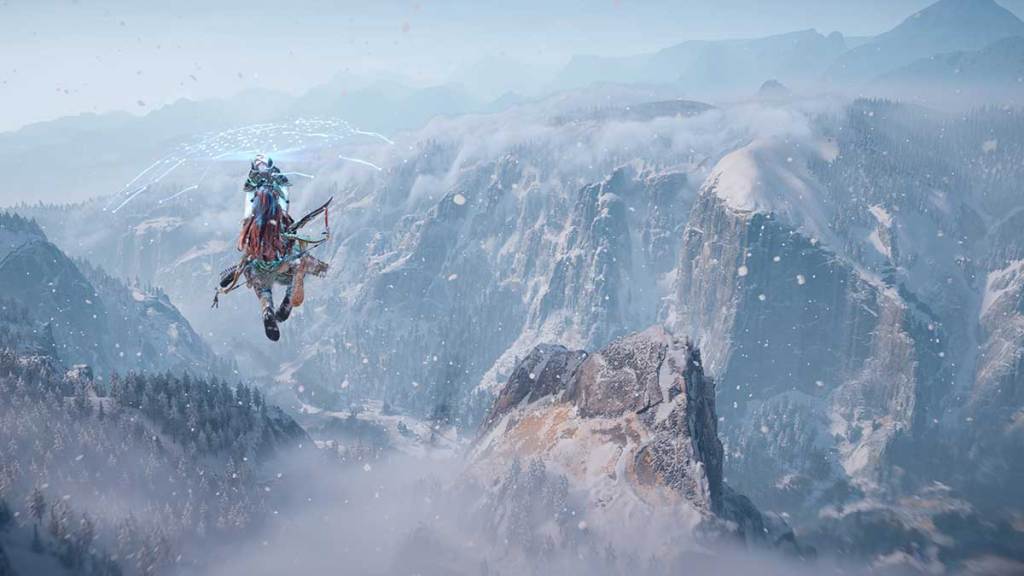 A Soldier’s March is one of the side quests you can pick up from the Bulwark in Horizon Forbidden West. A young girl is worried about her brother, who has gone out to complete a trial in the mountains that will see him emerge a warrior, changing his fate if he succeeds. However, a storm is rolling in, and it seems far too dangerous. Aloy is tasked with checking in on him, and things only escalate from there. This guide explains how to complete the quest, providing tips on how to defeat its intense boss fight too.

Follow the quest marker until you reach the pair of climbers that have had to turn back. You’ll then encounter a small camp of Tenakth that are all part of the ceremony, sending unproven members up the mountain to collect a flower so that they can prove that they’re worthy of being warriors. However, the one person you’re interested in hasn’t come back down the mountain despite the storm. Aloy offers to continue climbing until he’s found.

This second part of the climb is more demanding than the first. You’ll need to use your Pullcaster to get across a ledge and then push a tree over to help Penttoh. The path forward can only be reached by jumping onto the cliff from the tree. Continue to climb to the top, fighting the machines along the way, until the boss emerges.

Just before the top of the mountain, a Frostclaw will burst out and attack Aloy and Penttoh. This machine is a tough enemy to beat, throwing rocks and causing shards of ice to pop up underneath your feet if you stop moving. It’s weak to fire damage, so use anything that deals it to weaken the machine as much as possible. While you can shoot a couple of parts off of it, the underbelly is the part you need to try to remove. This will cause a massive explosion and freeze the Frostclaw temporarily. With that part out of the way, aim for the containers on its back to deal more damage. Once it’s dead, climb to the top of the mountain.

Step 4: Glide down the mountain for as long as possible

The top of the mountain is the perfect place to glide down from. If you do, try to follow the path down to the group of Tenakth at the bottom, moving through the trees and preventing Aloy from landing too early. This should unlock the A Long Glide trophy for you. The perfect way to end the quest just before speaking to the group for the final time.