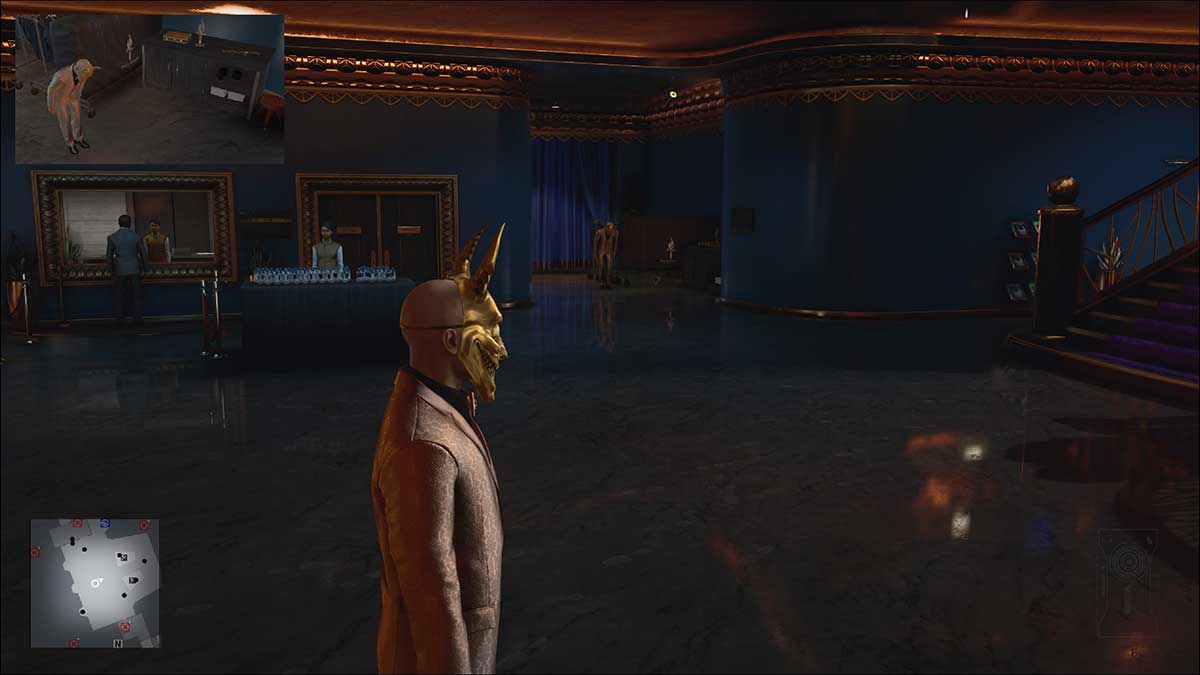 The Asmodeus Waltz is a nightmarish Escalation that’s worth pushing through so that you can play level 3 alone. It’s the culmination of everything you’ll have learned from previous Escalations such as The Lee Hong Derivation. In this guide, we’ll walk you through each level, giving you our best routes and methods for how to complete them.

Step 1 – targets around the tower

The first level of the Escalation requires you to kill three targets. That’s it. While some missions in Hitman 2 had you doing more than that, you’ll be thankful for how easy this is later.

You’ll be starting in the Atrium of the Dubai location for every level of this Escalation. Ignore the golden devils for now. They’ll come into play in level 3.

In level 1, your focus will first be on Basant Pai. He’s one of the staff in the Black Gold Bar’s bathroom. Head up the stairs from your starting location and go left from the main entrance. You can’t miss the bar. The bathroom is through the large doors behind the crowd.

The tricky part is actually killing your target. There are two staff members in the bathroom, and you’ll need to take both out to make this work. Enter the stall on the left and cause a distraction by blocking the sink or messing with the toilet. Then go back to the door and lean Agent 47 up against the wall to the right-hand side so he won’t be seen as NPCs walk in.

Pick up the keycard that these guys drop so that you can move around the area more freely. Go back into the bathroom and head through the door locked by a keycard marked laundry. Take out the NPC here and pick up the Event Security disguise on the shelf.

Your second target is Mahmood Salman. He’s on the second floor, leaning against a wall on his phone. You can get to him by walking up the staircase opposite the garden. It’s the one where you go once you’ve disguised yourself as The Vulture in one of Dubai’s story missions.

The best way to take the target out is by flicking a coin towards the railing opposite him. Then you can sneak up behind him and push him over. However, you could also kill him from behind and then drag his body to the same wardrobe. Just be sure to avoid being spotted by anyone through the giant doorway.

You’ll be able to see your final target, Mariam Amir, from here. Look up and across the hall.

You must know what’s coming.

All you need to do is sneak up behind her and push her over the railing. Once that’s done, choose your favorite exit and leave the mission. There’s no time pressure, so you can be stylish and fly out with the helicopter if you wish.

Level 2 of this Escalation adds three new targets. You’ll also have to kill every target in a precise way. If you kill a target in any other way than the one specified, the Escalation will be failed.

You’ll start in the Atrium once again, but instead of the bathroom, we’re going to do some maintenance first. Walk up the stairs, turn right and head to the garden.

Now vault the balcony on the right-hand side and shimmy along until you reach the platform. Use your camera to open the windows here, and you’ll see your first target, Oscar Malm, trying to get some lights to work by yanking them around.

Unfortunately, there are two NPCs in this room. Wait behind the crates of event equipment, and eventually, the woman will walk over to use the nearby laptop. Take her out and dump her body out of the window, so no one notices her. Don’t worry. She’s only landing on a platform and won’t count as a kill.

You must kill this first target with an electrical accident, so pick up the screwdriver and get to work. You need to first break the electrical socket on the floor. Then pop the water cooler.

Now secrete yourself next to the generator and turn it off. Wait a couple of seconds for the target to notice something is wrong, and turn it back on. He’ll start to come to investigate, but he’ll tragically die in a completely unforeseen way.

Hide his body out of the window and then head down the corridor on the right. Scale the ladder, vault the balcony where you can see a guard on the phone, and take him out. You need his disguise. Dump his body over the balcony you just vaulted. He probably won’t die.

You need to kill Mahmood Salman with any accident. As you did in level 1, flick an object to draw him to the balcony. Then all you have to do is push.

The next target is the one up on the balcony opposite Mariam Amir. You need to kill her with an explosion. Head up to where she’s standing once again, but be careful. There’s a security guard on the door to the walkway where she is that will see through your disguise. Be fast as you pass him or distract him, and you won’t be seen.

You need to kill this target with an explosion. There’s no need for propane though. We’re going to use golf instead.

Walk around the corner from Mariam, and you’ll see another janitor. Take them out and store their body in the locker. Pick up the janitorial key they dropped and run to the very end of this walkway. The door that is usually locked will now be open.

The Explosive Golf Ball is in the toolbox on the floor here. Pick it up, walk back around to see Mariam, and throw it at her. Make sure she’s far away because the explosion is large and could injure you.

The guard we warned you about earlier will be drawn in by the explosion. Take him out and hide his body to proceed quickly, and pick up his penthouse keycard as well.

From here, we’re going to be on top of the world. Head back down the corridor you came through to find Mariam and then turn right. You’re looking for the penthouse door on the left. Use the keycard to unlock it and go all the way up the stairs.

At the top of the stairs, head into the first door on your left. There’s a man in here organizing ingredients. Take him out and store him in the freezer. You need his disguise, so take that. Now go back to the shelves and pick up the rat poison.

Donning your new disguise, head into the other room. This is where your next target, Roberto Franculitta, is preparing some food. There are guards everywhere, but no one will recognize you as long as you behave.

Occasionally you’ll see your target and a guard move to the counter to take a drink of water. Your target will move away first. When he does, position yourself in front of his water bottle. Now, wait for your target to turn his back on you and the guard to walk away. This is the only time you can poison the water.

Follow your target to the bathroom. He has to be killed by drowning. You know what to do.

Our final target is an easy one. He’s Basant Pai, the bathroom staff member. The only complicated bit about his death is that it needs to involve a fire axe. Luckily, there’s one in the nearby stairwell.

Head to the maintenance stairs a stone’s throw away from this target’s location. Pick up the fire axe, and begin to make your way to the bathroom through the laundry room.

You’ll have to drop the fire axe in the laundry room so that you don’t arouse any suspicion. You can then get rid of the first staff member with a distraction, as you did in level 1. Once they’re out of the way, your target will move in to investigate. Reclaim your fire axe, follow the target in, and deal with them.

As with level 1, you have the luxury of choosing your exit.

This final level to the Escalation is absolutely bonkers. You have to kill all five targets in The Devil’s Own disguise using the DAK Gold Covert. You’ll know the disguise as soon as you start the mission. It’s the same one that you’ve been seeing hallucinations of since level 1. However, this time around, you can’t change your disguise.

As for the DAK Gold Covert, look to the left of the atrium. You’ll see a devil bowing to you and gesturing to something. Right there is the DAK gold Covert and a golden briefcase to stow it in. This allows you to take the weapon throughout the location undetected.

The first target to take down is Basant Pai in the bathroom. Run there, dump the briefcase in the stall, and go through the distraction routine. Knock out the first staff member, and shoot Pai in the head.

The next target to go for is Oscar Malm. Run to the garden, vault the balcony, and shimmy over to where he’s working on the lights. It’s still better to take the woman down silently and hide both bodies. There’s no sense in causing a scene.

Your next target should be Mariam Amir. Head down the corridor and up the ladder as you did in level 2. Take out the guard on the cellphone and dump his body. Once again, he probably won’t die. Directly across the hall from your current position is the conference room. Go in there.

You can see Mariam through the windows in this room. Shoot her in the head.

There’s no one walking the corridor outside of the conference room. Walk down the stairs to the level where Mahmood Salman is still leaning against the wall on his phone, shoot him, and come back up. No one will mind.

From here, we’re going to the penthouse. Instead of running along the corridor, vault the balcony where you saw the guard on the cellphone and shimmy as far along on the ledge as you can towards the penthouse. There will be another platform where you can vault back up to the corridor.

You need to take down the guard who could see through your disguise in level 2. He’s got the penthouse keycard. Pick it up, unlock the door, and find your way back up to the room with the shelves. You’ll have to take out the man in this room again. He’ll be fine in the freezer.

Now you must wait by the door to the kitchen. If you go in looking like a devil, everyone will notice you. Wait until the guard drinking water moves away. Then, edge through the door, get your target with a headshot, and bolt downstairs.

The guards might pursue you, so once you’re down in the corridor, you need to find a place to hide and stay there for a while. After things have quietened down, find your most dramatic exit and finish this madness. We like the skydiving one. 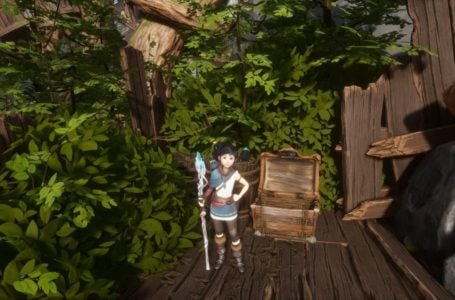 How to get the Autumn Rot Hat in Kena: Bridge of Spirits 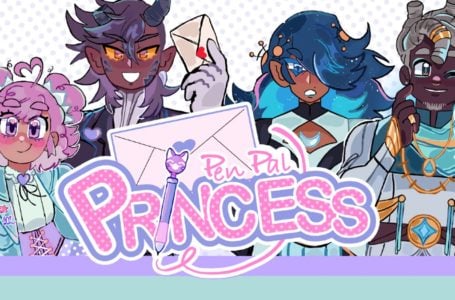