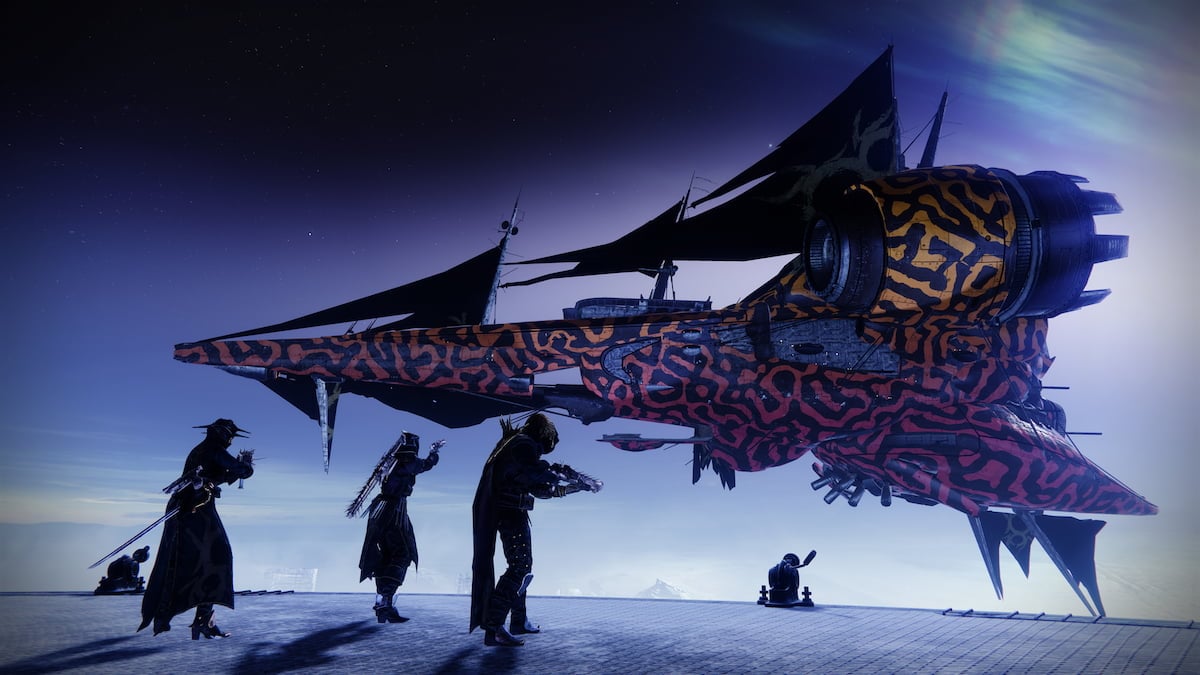 How to defeat the Daughters of Oryx

You will want to assign one player to each of the plates in the room. There are four in total, two on a dark side and two on the light side. How you name them is up to you and your team. The remaining two players will want to act as fillers for players at these plates, and it’s better to assign them to protect the north or south part of the arena. When ready to start the encounter, attack the Knight worshipping the Deathsingers, the Daughters of Oryx, on the activated plate.

Related: How to complete the Daughters of Oryx Challenge in King’s Fall Raid in Destiny 2

At the start of the encounter, the Knight you eliminate is standing on the first required plate. The person assigned to this plate must jump onto it and stand there. While standing here, they will see a glyph above one of the other plates in the room, and they have to call it out to signal the person assigned to that plate to stand on it. One of the Deathsingers will shoot at everyone throughout this process, while another will have a glowing green plate.

Simultaneously, someone will randomly be Torn and enter another dimension. The person who is Torn must go to the person at the first activated plate and stand there. With both plates activated, platforms will appear, and the person who is Torn can jump up to the top and go through an Orb. When they finish, jump down and call everyone to jump off their plates. These flare up and do a good amount of damage. You will repeat this process three times, waiting to see which plate activates to start the process over again.

On the third time, there will be an interactable orb. The person who grabs the orb needs to jump over to the Deathsinger that has been shooting everyone throughout this process, not the one with the glowing green plate. When they step into the Deathsinger’s Shield, they will receive a buff and need to stand on one of the lower platforms opposite their platform with the rest of the team. While in this buff, everyone can now damage the Deathsinger. You will have a limited time. You want to remain in this buff until it ends, and the other Deathsinger will release a massive AOE that will end you.

You must now repeat the process for the second Deathsinger: standing on the plates, having someone be Torn, grabbing the buffs, and then stealing the Deathsinger’s Shield. You want to try and keep these Deathsinger as close as possible in health as the other one will kill you after you’ve killed the other, forcing you to restart the battle. Many players recommend having one player use Divinity Trace Rifle, another uses the Gjallarhorn Rocket Launcher, and everyone else uses the Wardcliff Coil Rocket Launcher to eliminate them. This is likely the quickest way to do it in a single round.

There is a time limit to gather all the orbs and then do enough DPS to the Deathsinger. You do not want to take too long to activate both plates and grab the buff from the sister. If you take too long, the Deathsinger’s AOE will release, wiping the group. There will be multiple enemies spawning throughout this entire encounter that everyone will need to deal with, so make sure you have plenty of weapons ready to take on these foes while you jump around to grab these orbs, and prepare to defeat the Deathsinger.

In addition, these foes might still be attacking you while you attack a Deathsinger. We recommend a Warlock use a Well of Radiance or have some protective AOE available to everyone as they attack the Deathsinger.

After you complete the encounter, you can move on to the final battle to go against Oryx.