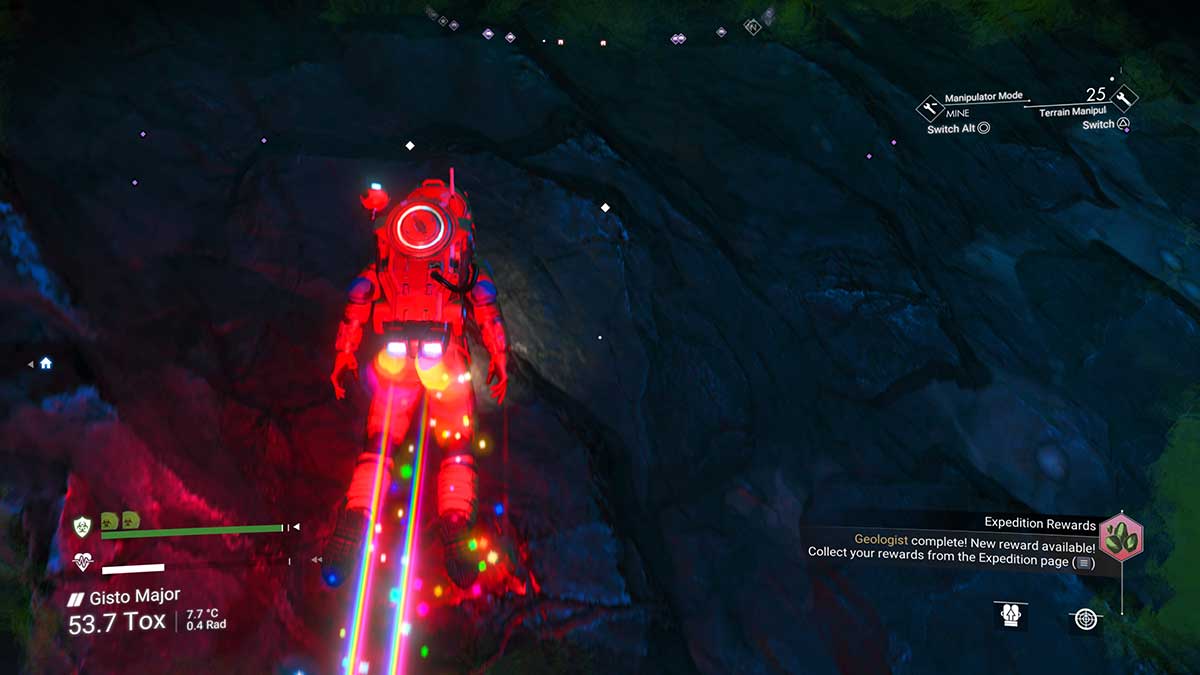 The Hills Are Alive is the sixth Milestone in the fourth Phase of No Man’s Sky Expedition Three: Cartographers. To complete it, you need to climb a mountain somewhere on the planet higher than any other point that you can see on the horizon, but it’s not easy. This guide covers a few tips on completing this Milestone and reaching the top of the world.

Look around during the day

The first thing you should do when you start Expedition Three: Cartographers is scan the horizon. You need to keep an eye out for mountains, but not just any mountains. There will be some high points dotted around, but there will be higher points beyond them. The best way to find the highest peak is to reach the top of a nearby high point and looking for somewhere higher. We found a huge mountain that towered above everything else around it, and that was the one we used to complete this Milestone.

Fly to the top

To complete The Hills Are Alive, you need to climb a mountain at least 625 units high. This is much higher than you think it will be, which is why you need the highest mountain you can see to climb up. We completed this Milestone about halfway up the mountain we found, but we kept on climbing. It’s easy to ascend these mountains because your jetpack won’t run out of fuel while you’re using it against a wall. Ensure that you’re flying against the surface of the mountain, and you’ll soar to the top. Once the Milestone is complete, you can claim the Rocket Boots plans as a reward from the Expedition menu.