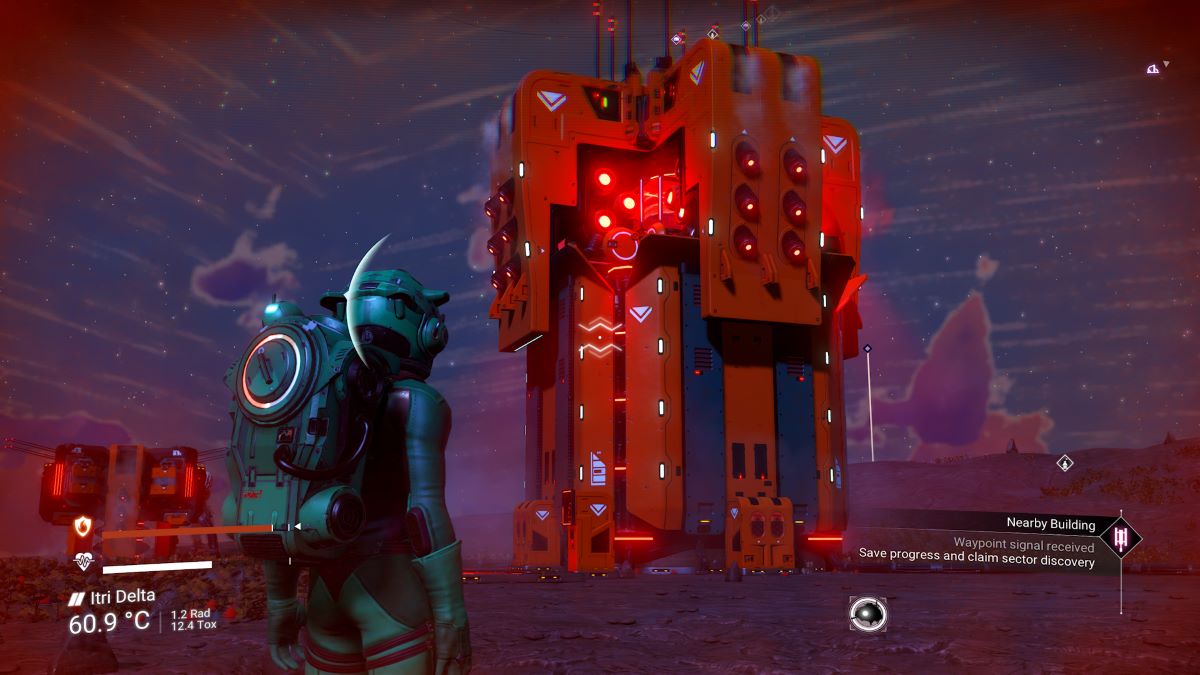 For most of No Man’s Sky, including this Expedition, Sentinels are more of an occasional distraction than any real threat. While this race of mechs and machines still feature quite prominently, the permadeath time-loop mechanic of Leviathan should put self-preservation ahead of your need to engage with Sentinels that largely remain passive unless you do something to intimidate them. Unfortunately, you’ll have to do just that to continue on your quest, but the good news is you can do so on your own terms, and tackling the Pugneum Dreams and Banished Glass Milestones in the opposite order from which they’re listed will also be a very big help.

How to eliminate 20 Sentinels in No Man’s Sky Leviathan

Although your search for Anchor Point 4 drops you into a Sentinel hot zone, the relentlessly aggressive nature of those mechs is best avoided. So, if you haven’t already collected the Pugneum Dreams Milestone through random encounters on your travels so far, you’ll need to head for another planet without such a hostile Sentinel threat.

Planetary Settlements, which can be found with maps bought from a Cartographer on a Space Station, can be an easy way to pick off a few. Each new site will offer up six Sentinels with plenty of cover to duck behind to reload or recharge your health. In our playthrough, we couldn’t take Overseer duties as we would in the main game, and instead got redirected from one settlement to another for a fairly straightforward trick to complete the Milestone.

Related: How to get The Leviathan Frigate in No Man’s Sky

If you’re still short, then just look for a lone Sentinel in the wild, attack it, and then stick around for the reinforcements to help keep your tally ticking over. Just make sure you’ve always got somewhere to hide if you need to, and have a quick escape route back to your Starship, as you don’t want to take any chances when the tougher mechs roll in. Once you’ve defeated 20, you’ll unlock some Memory Fragments and a Sentinel Boundary Map, which will help you with the next step.

After battling your way through 20 Sentinels, the idea of having to shut down an entire force might sound a little intimidating. Fortunately, this can be a quick and relatively easy Milestone to finish. You just need to use your recently-rewarded Boundary Map, which will point you in the direction of a Sentinel Pillar. You might recognize these from the Sentinels expansion to the game, with the likes of the Hardframe upgrade for your Minotaur requiring a trip to one. If you somehow lose the map or need to find a second site, you can also get them as an occasional loot drop by harvesting Salvaged Glass from dead Sentinels, or just take a fly-by of each planet you stop off on and hope you get lucky.

When you reach a Pillar, you can (and should) ignore the surrounding Sentinels and head straight for the Access Node terminal. You can interact with it to pull up a menu and select ‘Disable Sentinel forces’ to do just that, wiping out any would-be enemies in the area and completing the Milestone without a shot being fired. If you were able to complete the Cluster Horde Milestone in advance, this should wrap up Iteration Four and add the Organic Frigate Calf plans to your list of rewards.