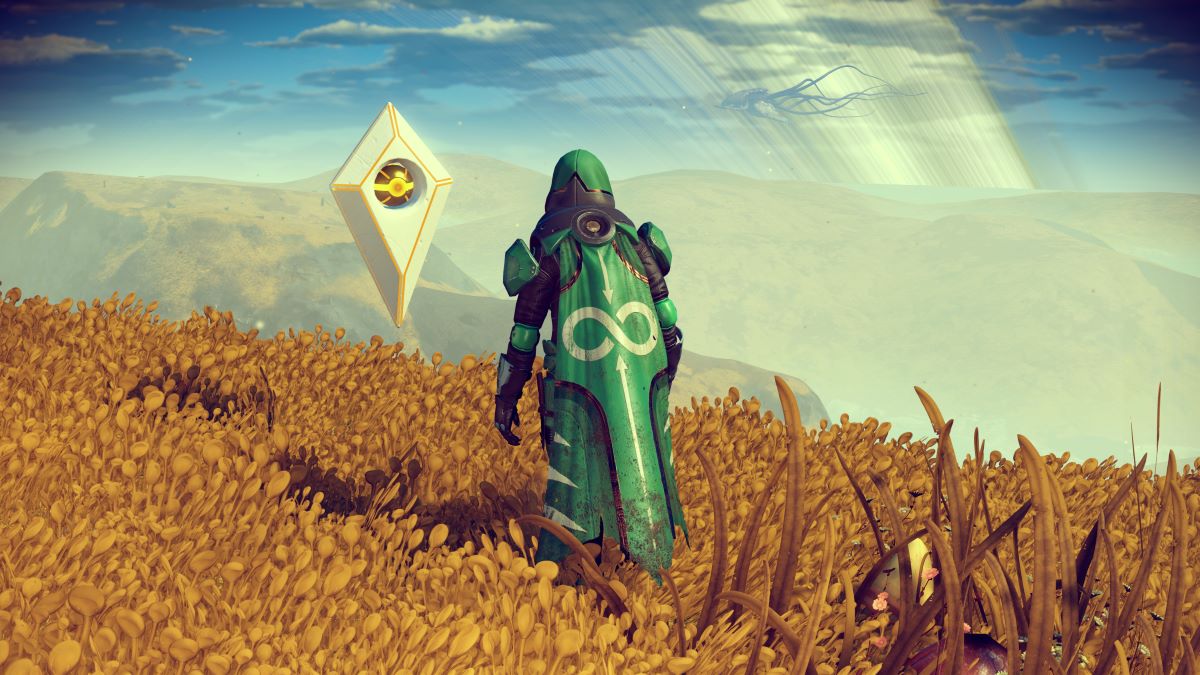 As you move into Iteration Four of No Man’s Sky’s Leviathan Expedition, the missions don’t exactly get more difficult, but there is definitely a greater sense of menace to a few of them. And when you’re faced with the risk of permadeath kicking right back to the start, you’ll want to approach every step with care as you move towards those final rewards. While you might be familiar with the process of hunting down these Anchor Points and the Memory Hotspots they trigger, you really don’t want to get complacent for this phase.

Finding the Anchor Point shouldn’t be too much of a problem. By now you might have unlocked an upgrade or two for your Hyperdrive to bring down the number of warp jumps you’ll need to make (in our playthrough it only took three from the last location), so it should be a fairly quick journey to follow the marker to the right planet and hone in on the portal in the usual way. However, your destination is not only an extreme weather planet, it’s also home to a huge number of aggressive Sentinels.

The upside of this is that you can grab some more Storm Crystals as you did for the Calcified Echoes Milestone, which is always good news for your bank balance. The downside is that those Sentinels are all-seeing and relentless, and while it may seem like a good opportunity to look ahead at the Pugneum Dreams mission to kill 20 of them, it’s a risky move as you can get quickly overwhelmed and so you might be better off finding a less hostile home to tick that one off the list.

This is especially true in the area surrounding the Fallen Traveller, with Sentinels ready to pounce within seconds of you getting out of your ship. This can make it a difficult step to complete on foot as you may have with the likes of Anchor Point 3, and even if you’re making short hops in your Starship, you might still need to duck out into space to escape any Sentinel forces on your tail. If you’ve still got some ground to cover, you can also consider dropping a Nomad Exocraft to help you speed towards the location, but be wary of leaving yourself isolated among a seemingly endless horde of hostile Sentinels.

With a little trial and error (and a refuel or two for your Launch Thrusters) you should be able to land your Starship in close proximity to the Fallen Traveller’s grave. When you do, just run (or drive) straight to the marker and quickly interact with it to complete the Milestone, before heading straight back to the safety of your cockpit and boosting into space to shake off any remaining Sentinels. You can stand your ground and fight if you’re feeling bold, but when the stakes are this high, you’re better off leaving those battles to be taken on your own terms and in a more controllable environment, such as the neighboring planet.