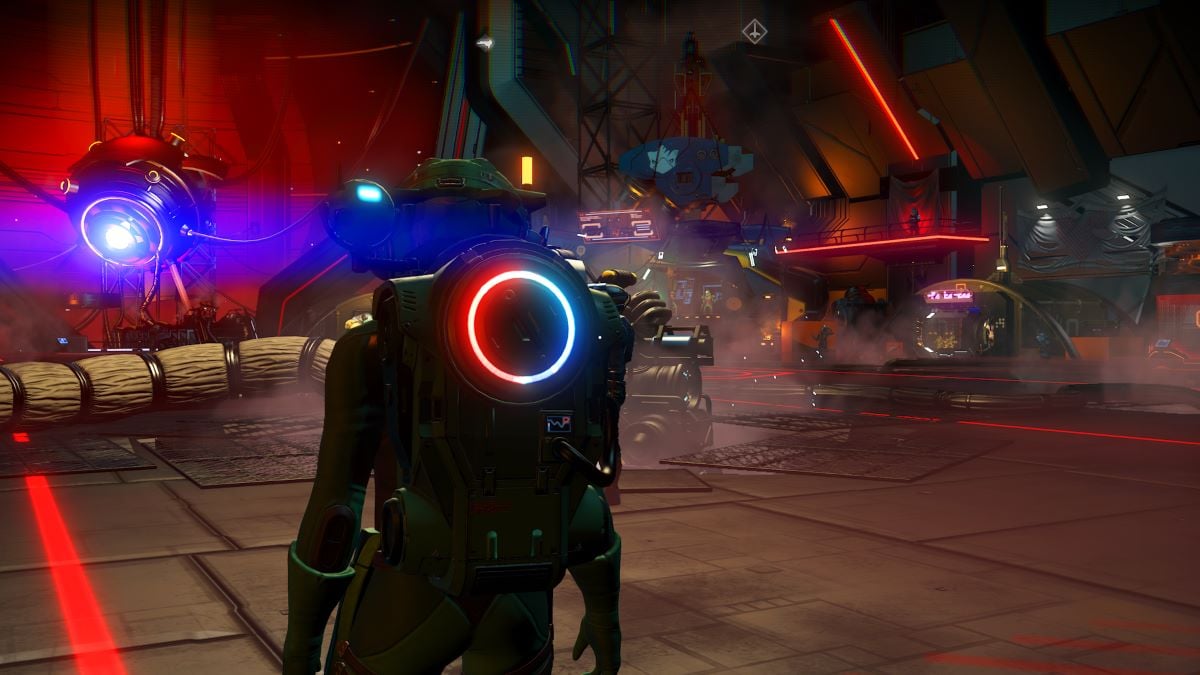 By this stage of the Leviathan Expedition, you should have a pretty healthy bank balance when it comes to units, but in No Man’s Sky, there’s more than one form of currency. While collecting Nanites might be common ground for seasoned players, the Outlaw Stations provide a comparatively new black market of smuggled goods that you’ll need to exploit to help make a tidy profit and take another step towards unlocking that Leviathan frigate.

How to smuggle 500,000 units worth of contraband in No Man’s Sky Leviathan

The Outlaws update introduced an Outlaw variant of the standard Space Station. If you’ve been making a habit of stopping off on your Anchor Point travels, then you’ll probably have seen a few of them already ― identifiable by the red, rather than the usual blue, lighting, and an equally distinctive look when you get inside. They work much the same as a standard Space Station, but deal in contraband goods that you can buy cheaply and then sell for a sizeable profit in any non-Outlaw system.

You can use an upgraded scanner to find them, or look for a skull icon when you’re searching through systems in the Discoveries menu. When you’ve found one, simply fly inside as usual, find a vendor, and buy up as much as you can afford. You’ll want to quickly head off to a nearby system, as random Sentinel checks can detect contraband goods and trigger unwanted attention, and then sell everything you bought. You only need to sell 500,000 units worth, not make a profit, so you should have more than enough from a single stop-off to complete this Milestone and pick up the rewards.

How to earn 2,000 Nanites in No Man’s Sky Leviathan

Nanites are a secondary currency commonly used for buying upgrades. You can earn a good number by taking on missions from the Space Anomaly and other side-quests, but you should be able to collect more than enough without having to deviate from your Leviathan adventures. As you hop between systems, there’s a good supply to be made from fighting off pirates, while most buildings will also house a dispenser you can interact with to get maybe 50 Nanites with each new location.

One effortless way to top up whatever you need is to use the teleporter to jump between Space Stations. Every station has two back rooms (one on each side) that have a very good chance of holding such a dispenser, while the yellow and blue navigation data cubes scattered around can also return a slightly smaller amount each time. So, by bouncing around a few stations you can quickly hit the target without having to put yourself at risk. You’ll unlock a large stack of rewards that can help you craft up to five of your very own Memory Fragments, as introduced with the Self Improvement Milestone.