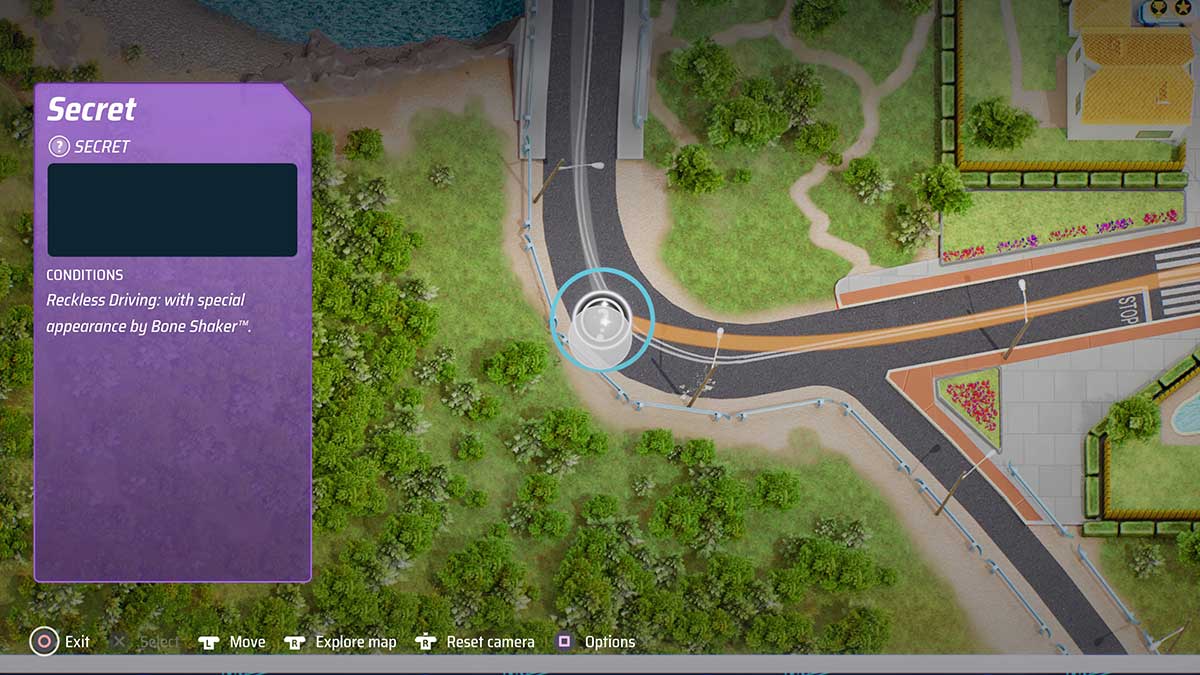 There are nine Secret nodes scattered around the world map of Hot Wheels Unleashed’s campaign. These are nodes that you can’t play until you’ve solved the Secret. Usually, there’s an obvious clue in the description of the Secret. This guide will explain how to complete the Reckless Driving: with a special appearance by Bone Shaker Secret.

How to complete the Reckless Driving: with a special appearance by Bone Shaker Secret

That’s only halfway to unlocking this Secret, though. Next, you’ll need to complete the race with Bone Shaker. This car doesn’t unlock until you defeat the final boss either, so for both parts, you first need to make your way through almost the entire campaign. Only then can you unlock this Secret node.

With both the car and the race unlocked, you can finally access Reckless Driving and fly around the track with Bone Shaker. This car isn’t the fastest in the game, and the race is much more of a challenge as a result. However, you only need to do this once, and then you can do the race again with a better car to get a better time.