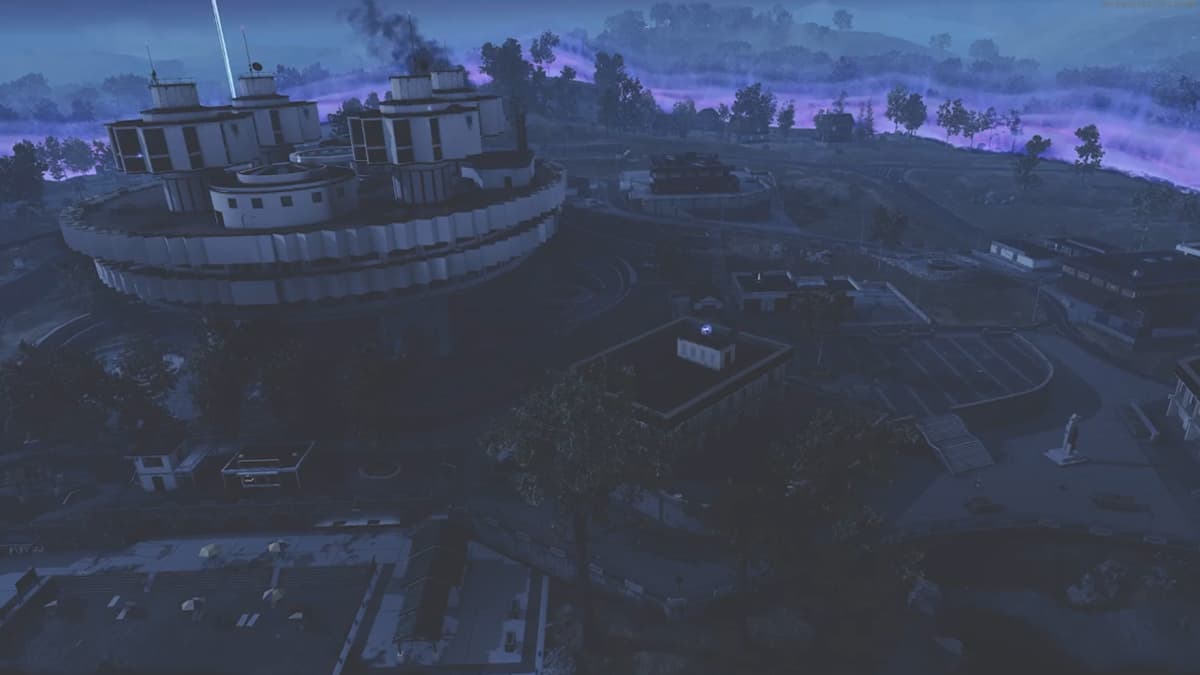 To be quite frank, there is not much to this Easter egg quest compared to past ones in the series. There is never a moment that requires you to use a specific weapon or item, so set up your loadout with whatever you feel most comfortable with. The closest thing to a boss fight at the end is comparable to an Orda side objective from a typical Outbreak game.

Get to round three

The first step involves reaching round three. While doing this, be sure to complete all side objectives and explore the map thoroughly for resources to make you stronger. If you feel brave enough, you can skip round two by shooting the beacon at the end of the first round as it is powering up to teleport you.

When you get to round three, there will be a red portal hidden somewhere on the map you arrived on unless it is Sanatorium. If you did get warped to Sanatorium, you will need to play through the round and warp to another area to proceed with this quest.

On each map, there is one portal location.

The red portal will teleport you up into the air as if it was a purple portal on the sides of the map. When in the air, there will be another red portal that you need to reach. Fall into it, and you will be lifted into the sky again to hit another. When you hit this second portal, you will be thrown into the air for a third and final time. Note that the third portal is always the farthest away or most well hidden, so be sure to deploy your parachute at the top of your ascent to give you more time to find this portal. If you miss any of the portals, they will despawn, and you will need to go to the next round to start the process again.

When you reach that final portal, you will be launched into the air one last time. However, this time you will notice an item with a red trail fall out of the sky and land with a yellow beam glowing from it. Go to this item and pick it up to get the Beacon Listening Device.

After you have the Beacon Listening Device, go through and finish the main objective to unlock the anomaly. When ready, interact with it, and you will see a phone icon that lets you communicate with Ravenov. He will say that you need to come to Sanatorium. Now choose Warp, and you will automatically be taken to that map.

When you arrive at Sanatorium, you will be told to find a crashed helicopter full of scientists. The location of the helicopter is at the southwest corner of the map. Weaver and Ravenov will start talking when you get close, and a large group of zombies will attack you. Kill all of them and go to the side of the helicopter with a corpse holding a recording for you to listen to.

After the recording finishes, an orb spawns somewhere in the map that you need to find. It looks like the purple orbs you can occasionally find in maps, but this one is orange. You can hear a child laughing from it when you get close, simliar to the purple variation.

When you reach it, turn yourself to face the orb with the bridge on the other side. Fire into the orb and it will fly off in that direction. It will stop in multiple locations along the way, so keep up with it and shoot it to keep it moving to the bridge. Along the way, you will be attacked by plenty of zombies, so be sure to protect yourself.

When the orb reaches the bridge, fire it towards the middle of the structure. There is a rover from the Escort main objective that it will fly above. You need to coerce it to go into the cage of that rover in the next step.

To get the orb to enter the cage, you need to give it a toy bunny to play with. That toy bunny will be located at one of the Mystery Box locations not currently in use. To know you find the right spot, you will see the bunny sitting on top of a destroyed Mystery Box.

Interact with the bunny, and it will begin dancing and rise into the air. Then, of course, zombies will start to spawn and attack you, but it’s nothing to worry about. Defeat all the zombies, and the bunny will lower itself and reward you with a bunch of items.

Whoever picks up the bunny will have their Field Upgrade swapped out with the bunny. The effect of this is pretty simple — it puts out a blast that will knock zombies down.

Now you are ready to deliver the bunny to the rover, but before you do that, make sure you are fully kitted out where you want to be. This is the point of no return.

When you deliver the bunny to the rover, the orb will decide to jump into the cage. All of your teammates need to be at the rover with you, and you can set it to begin moving across the bridge into a usually inaccessible part of the map. During this time, zombies will continuously spawn and attack you, not the rover, so be sure to take all steps possible to keep yourself alive as you travel with the rover.

The rover does not move particularly fast, but you will have a circular area that you need to stay in at all times to stay alive. Just focus on taking out any zombies and always prioritize not going down.

When the rover reaches the monument, the circle that was protecting you will go down and you can walk up to the monument to find the scientists. Surprise — they are all dead and an Omega agent tricked you. Once he finishes talking, an exfil objective will begin. This is an ordinary exfil opportunity, except that an Orda will be included in the enemies you need to kill. Luckily, there is nothing special about the Orda — just focus on taking it and all zombies in the area down within six minutes and hop on the helicopter to finish the second Easter egg main quest and end your game.

How to answer a phone three times in Call of Duty: Warzone