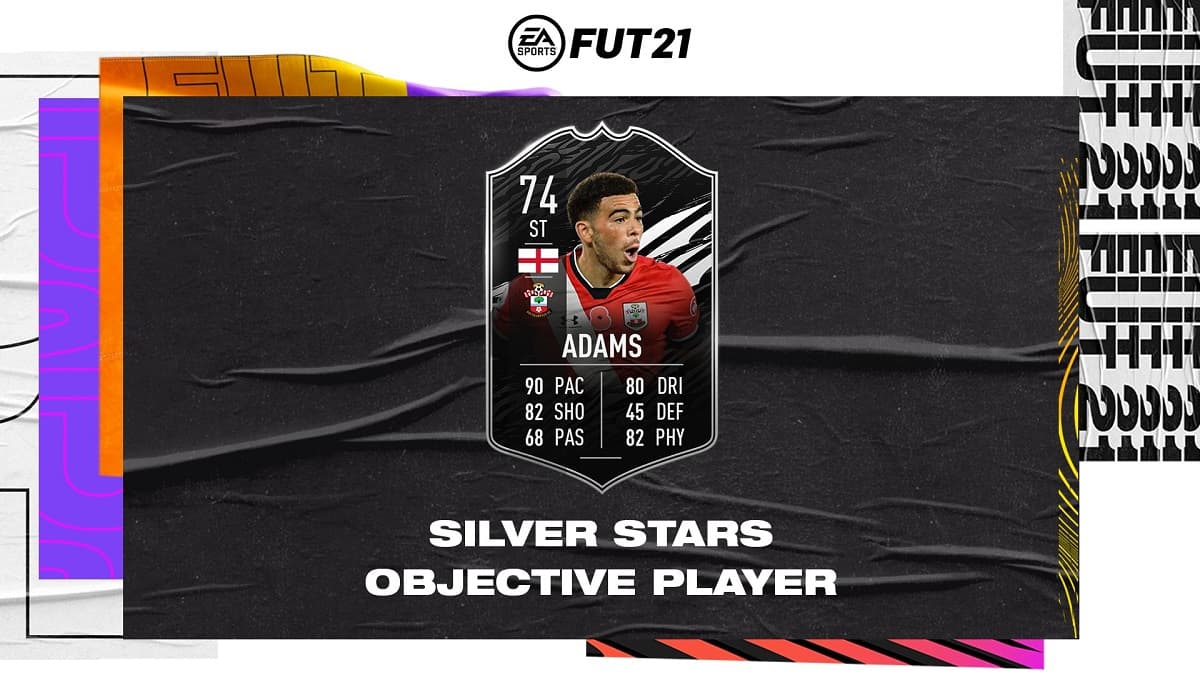 The Silver Stars challenge in FIFA 21 Ultimate Team is designed not only to highlight a player with a Team of the Week promotional card, but also to help players build viable and powerful silver quality teams that can be used more often as the game develops throughout the year.

The highlighted player this week is Southampton’s English striker Che Adams, who’s story progressing up the leagues is an inspiring story. He started his career playing in the United Counties League, situated in the ninth and tenth tiers of the English football pyramid and consisting of amateur and low-level semi-professional teams, working while playing. Top performances lead him to receive a full-time contract with then League 1 Sheffield United and has since forced his way into the Premier League with the Saints.

His Team of the Week card comes off the back of a hard working performance against Newcastle United where he scored an excellent volley and was awarded Man of the Match. With four attributes over 80, including Pace at 90, his reward is one of the best silver cards in the game. Combined with a Finisher chemistry style consumable, Adam’s overall ability in real teams is equal to an 87 OVR striker.

In order to acquire an untradeable copy of the in-form Che Adams card, you will need to complete the Silver Star objectives.

This requires a fully silver squad, and you have to be playing in the Silver Stars FUT Friendly mode, called Silver Lounge. Playing in any other mode will not count towards any of the three objectives. As it is a FUT friendly game, you will not lose any contracts on any player that play these games. Once completed, head to your objectives to claim your free card.