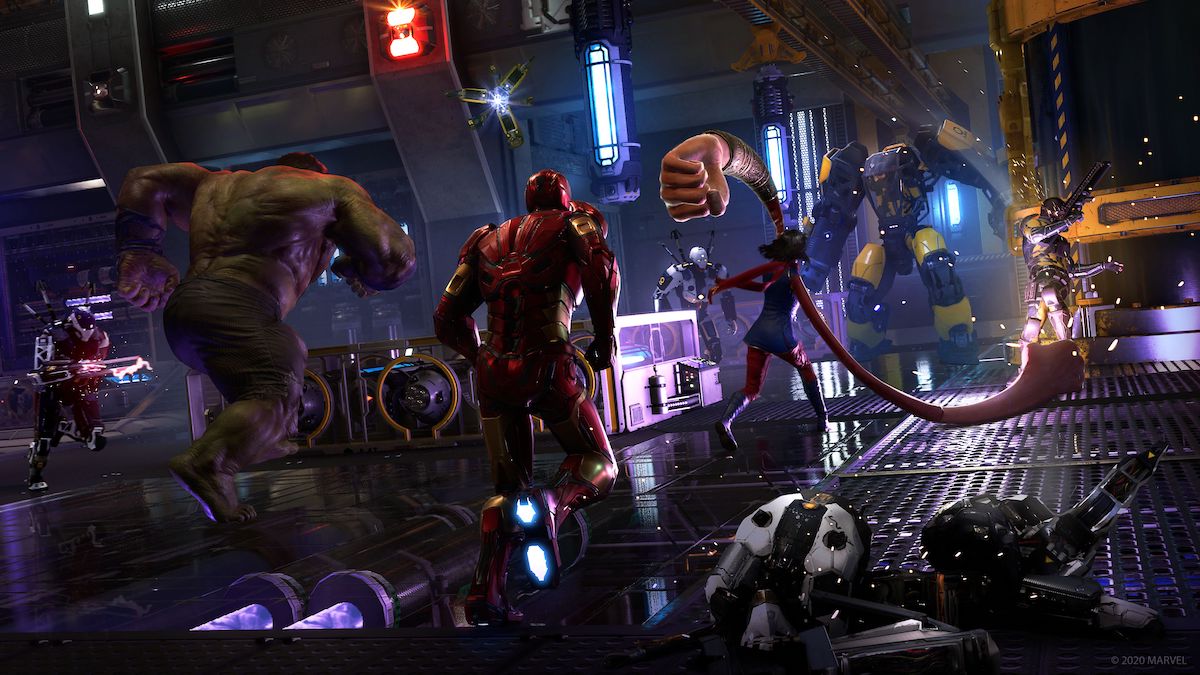 Before you can go forward with Marvel’s Avengers’ last two campaign missions, Tony Stark will have the team go on one final fetch quest. In preparation for the final battle with A.I.M., the mission entitled Starktech Outfits will have you grind for some resources.

The goals for Starktech Outfits are as follows:

This may look like an effort at first, but by this point late into the campaign, Riotbots and especially Synthoids are extremely common enemies. As a refresher, Synthoids are spread throughout the game as the most frequent enemy type — they’re the ones that look like car crash dummies. Prime Synthoids are bulkier and carry “charged rods” as weapons. Riotbots are rarer than Synthoids, but you can spot them easily with their energy shield and shock weapons.

Starktech Outfits activates right after the mission entitled Testing 1… 2… 3… That story mission will bring both Captain America and Thor into your party, and their Iconic Mission chains will unlock with them. An easy way to obtain the necessary materials would be to select any mission on the War Table that isn’t a virtual HARM training session; any of the War Zones would do. Prime Synthoids should be abundant in the Communication Nexus Sabotage Drop Mission.

Captain America’s first mission in his chain is titled Rockets’ Red Glare and takes place in the Utah Badlands, which has an abundance of the enemies needed for Starktech Outfits. You’ll find that by simply defeating enemies and carrying through the mission as normal will be a very easy and passive way to pick up the needed resources without any major effort.