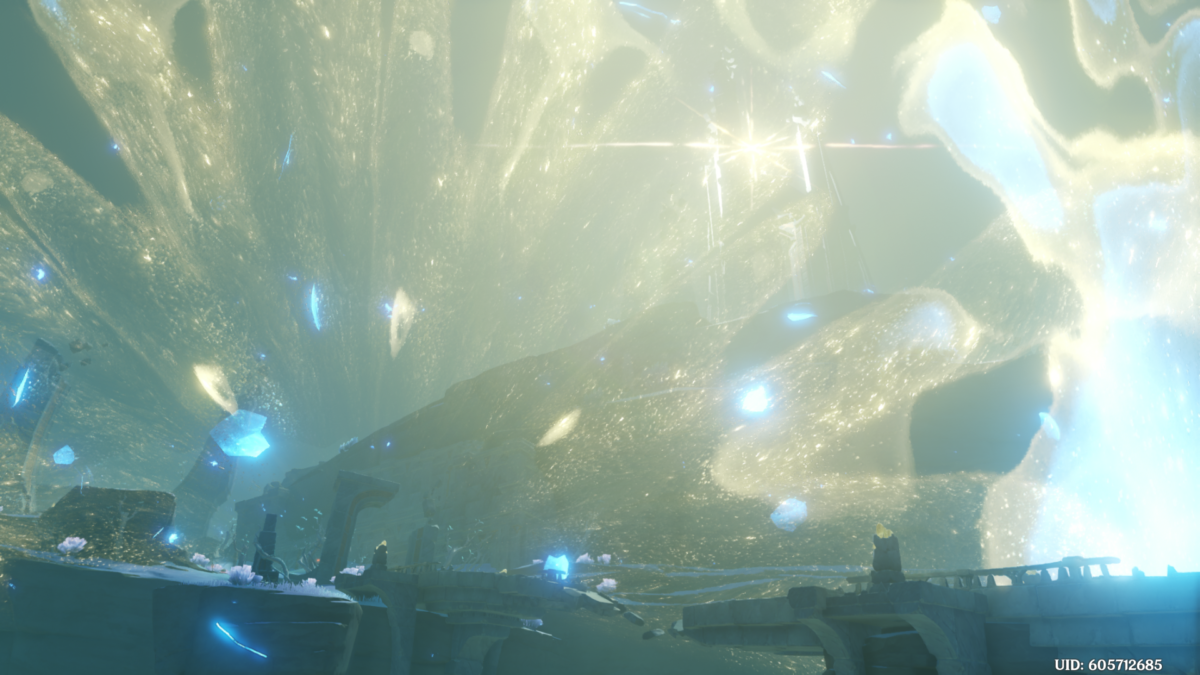 The Tricolor File is a new quest in Genshin Impact Version 2.4, available in the new and mysterious Enkanomiya. This quest is in a remarkably hidden location and is a necessity to complete another world quest: Collection of Dragons and Snakes.

To begin the quest, you’ll need to head to a location that’s not marked on your map. It’s in an area above The Narrows. Follow the images below for an easy route to get there.

Now that you’re in the mysterious unmarked area, talk to a spirit named Michiya. Michiya will then direct you to an experimental site where records are being held.

Head to the experimental site. There are three jail cells locked. You can unlock them by activating a Hydro, Electro, or Cryo monument. You can unlock the other monuments and receive some rewards, but you want to activate the Cryo one.

A Vishap will spawn from each jail cell. Defeating the Cryo Vishap allows you to enter the cell. Inside, you’ll find the note you need. Immediately after getting the note, the quest will finish and you’ll receive 30 Primogems and other rewards.

Note, it’s still worth unlocking the other jail cells. Unlocking the Electro cell allows you to get a Key Sigil, and the Hydro cell lets you get some Mora. Now that you completed this quest, you’ll receive the book you need for Collection of Dragons and Snakes.