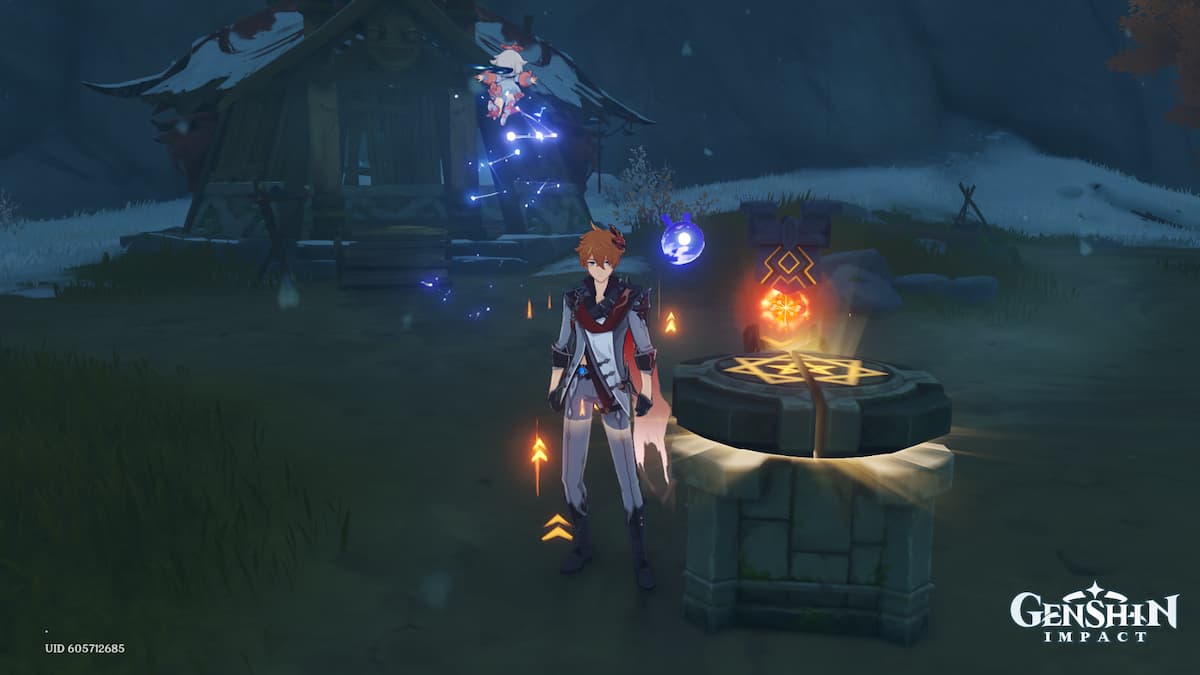 The Moonchase Festival is coming to a close, with the last days of events coming in and bringing about the final rewards you can earn. The third path for the Trail of Delicacies in Genshin Impact takes us back to the chilling Dragonspine, where the sheer cold can ruin your fights.

As with the other paths, players must traverse an obstacle course-like area using your glider to clear camps of enemies. Defeating all the camps will reward you with some Primogems, character materials, and even a Crown of Insight by the end of it.

If you’re having trouble clearing some of the camps, you can also offer a delicacy and gain some buffs. During the third path, you can offer a Delicious Steak, Delicious Mondstadt Grilled Fish, Delicious Cream Stew, Delicious Goulash, or a Delicious Cold Cut Platter. Offering more delicacies will grant you stronger buffs, and even more rewards if you offer all of the above.

Unlike the other paths in this event, the Trail of Austere Frost does not have any camp leaders. Instead, you’ll face the trademark Dragonspine mechanic of Sheer Cold. Sheer Cold gradually freezes your character, and once you reach a maximum threshold, your character will begin to take damage. To remove the frost on your character, you need to stand by a source of fire.

In the Trail of Austere Frost, each camp is fitted with a “Ruin Brazier,” a warm light that reduces Sheer Cold when you stand near it. The enemies in each camp will target the Ruin Brazier, attempting to take away your source of protection from the Sheer Cold. You should prioritize enemies targeting the Ruin Brazier, in order to keep yourself from freezing to death.

Once you clear an enemy camp and obtain the chest, a wind current will spawn near your current location, automatically leading you to the next enemy camp. Follow the wind currents with your glider and simply hop from destination to destination. Clearing all the camps gives you an even larger reward, such as Primogems and even a Crown of Insight by the end of the trail.