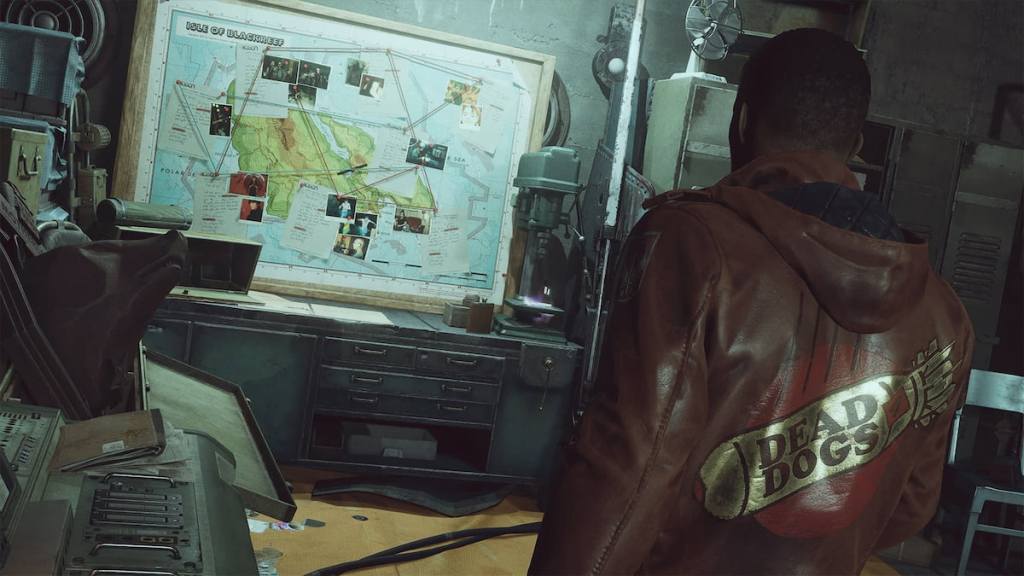 The key to breaking the loop in Deathloop will be through the Ubiquity lead, where you’ll have to confront Dr. Wenjie Evans and learn about Residuum. It’s a useful resource you’ll need to understand if you want to bring certain equipment items with you through loops. Here’s what you need to do to complete Ubiquity and unlock Residuum.

You can only complete this mission while exploring The Complex district during the afternoon time period. When you arrive at the district, your goal is to make it towards Wenjie’s research complex. There are several Eternalists along the way, and you can choose to slip past them or take them all down. Both methods are valid.

When you arrive, you want to focus on the large, taller building in the back. You can ignore the one closest to you when you arrive. At the entrance, go to the right side, and there should be a whiteboard with several notes next to it. There, you’ll learn about Wenjie’s on Residuum, and you’ll probably have the chance to eliminate Wenjie, who turns into several copies of herself. The note on the left side of the whiteboard details how you now have to kill multiple Wenjies to produce the Residuum. You can find Wenjie nearby, and each time you eliminate her, another appears.

They’ll keep appearing until you take them all out. Luckily, Colt will be keeping count, and he’s going to make comments about how many more Wenjies you need to kill before the job is done. So long as you have the quest marked, you’ll be able to see the highlight of where each Wenjie is hiding in the facility. After they’re all gone, you can return to the original building and collect your portable harvester. With the harvester in hand, return to where you eliminated the final Wenjie to collect your Residuum.

Once you’ve collected all of the Residuum, return to the Infuser and plug in the harvester. There will be a tube you need to stand in that’s right behind you. While standing in the tube, shoot at the button. You’ll know the experiment was a success because you will have died because of ‘some side effects.’

You can now collect Residuum from any glowing objects you see and infuse your equipment with Residuum to keep them between loops.