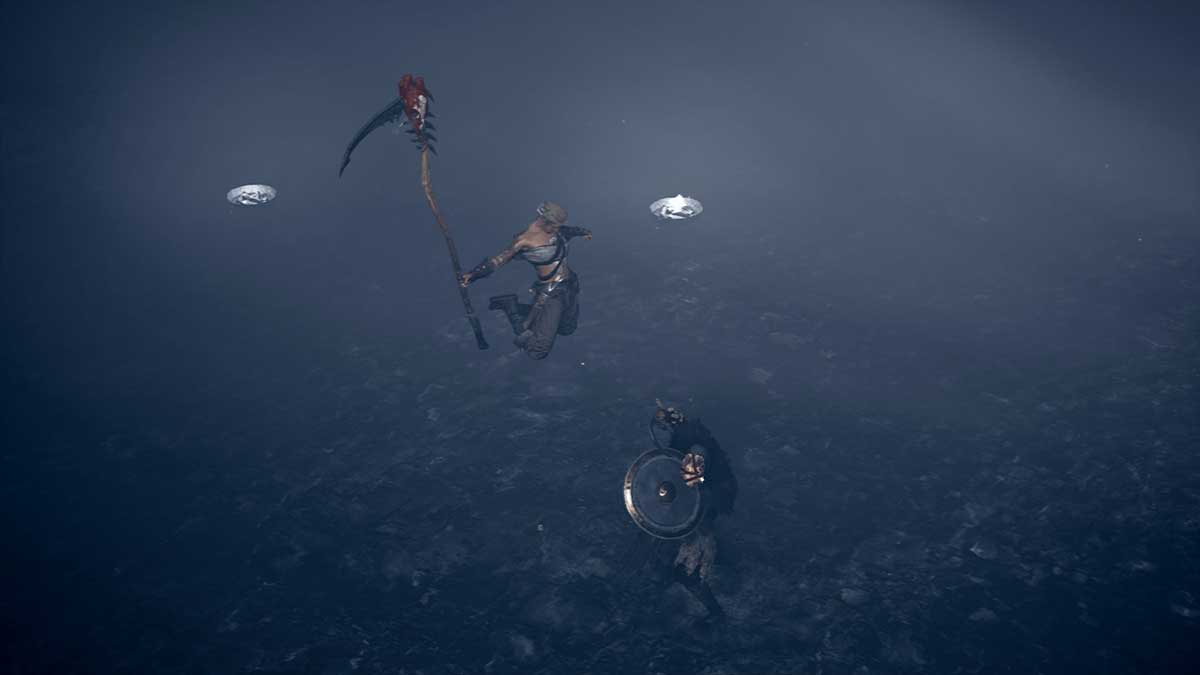 Veiled Threats is a combat-based activity for the Oskoreia Festival in Assassin’s Creed Valhalla. In it, you’ll be facing off against three waves of enemies, proving your worth as a warrior. However, there are three levels of challenge to this activity, each one more difficult than the last. This guide will explain what those challenges are and how to complete them for the best reward possible.

To start Veiled Threats, head out of Ravensthorpe along the river. Eventually, you’ll encounter Swinda near one of the urns the mad monk has left around the settlement. The idea with this activity is that warriors walk through the mist and have a vision of enemies that they then fight and kill.

The first challenge with Veiled Threats is to take it on using your own gear. This is the gear Eivor currently has equipped and is likely quite powerful. The waves of enemies in this first challenge aren’t too difficult to fight. You’ll have to tackle one wave of standard soldiers followed by a spearman in the first wave. The second wave throws two slightly tougher enemies at you with a Werewolf as the boss, the first genuinely challenging opponent in the entire activity so far. The final wave contains another werewolf, but you’ll encounter it with another enemy as well to keep you on your toes. In your own gear, though, this shouldn’t be too difficult to deal with.

Once you complete this first challenge, you’ll see a notification that says a new level of challenge is available for you to take on.

The second challenge tasks you with completing the same three waves of enemies but in a different set of armor. The Druid Set limits you to one ration, meaning you can’t heal your way through attacks. You’ve got to stay on your toes and perform perfect dodges if you want to get through this challenge alive. The waves of enemies are very similar, though this time you’ll face slightly stronger opponents.

The final challenge in Veiled Threats is The Reaper Set. This armor increases the damage you cause but also decreases your defenses. The enemies have also been switched around to make this challenge particularly brutal. The first wave is the same as usual, but the second wave pits you against a combination of a poison dealer and a manic axe-throwing madman. Kill them, and there’s still a Werewolf to kill before the final wave. The last wave’s boss is a Werewolf with another poisonous warrior. The pair make it difficult for you to attack either of them. However, we found that using dodges to slow time and take out the human enemy first was the best way to give ourselves space to kill the Werewolf. There’s no time pressure, so don’t rush the fight, or you’ll make mistakes.

Completing all three challenges awards you 40 Tokens per round with a bonus of 125 for completing The Reaper Set. You can then repeat any of these challenges anytime while the festival is live.