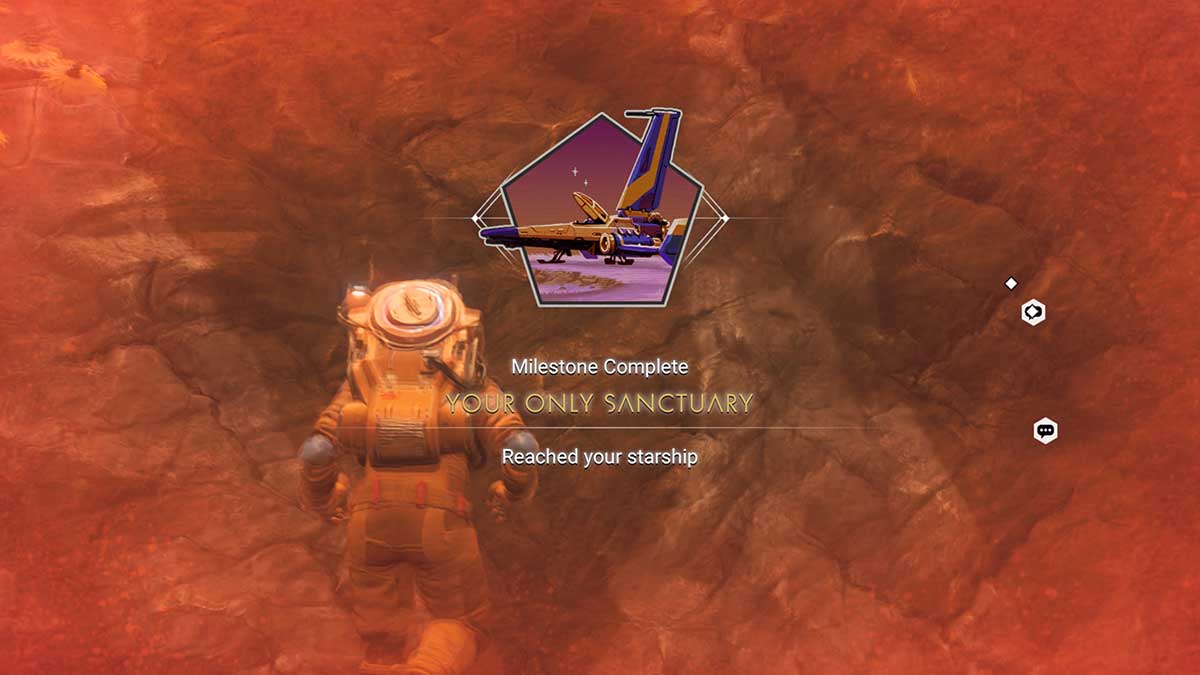 Your Only Sanctuary is the second Milestone in Phase one of No Man’s Sky Expedition 4: Emergence. To complete it, you need to find the only safe place on the planet Wasan, at least the only safe place you know of after spawning with no memory. This guide covers how to complete the Milestone before you die from exposure and become Titan Worm food.

Look for your ship

The only safe place on planet Wasan you have is your ship. To find it, open your scanner and look around the planet. You should be able to see it thanks to the ship icon it’s marked with on the horizon somewhere. It won’t be far away, but the journey getting to it will push your life support to its limit. Tag your ship so that you can see it at all times and start running.

Keep moving towards your ship no matter what happens. We were thrown off of two mountains by Titan Worms during our run, but we eventually made it to a collection of ships, where ours was parked. You may find it difficult to identify which ship is yours, but look around, and you’ll eventually see one that you can enter. The Milestone will complete as you approach your ship, but you should get inside as soon as possible to avoid dying.

By completing this Milestone, you can claim the Advanced Mining Laser Plans, a Suspicious Packet (Weaponry), a Banned Mining Laser Beam Upgrade, and a Banned Movement System Upgrade as a reward.