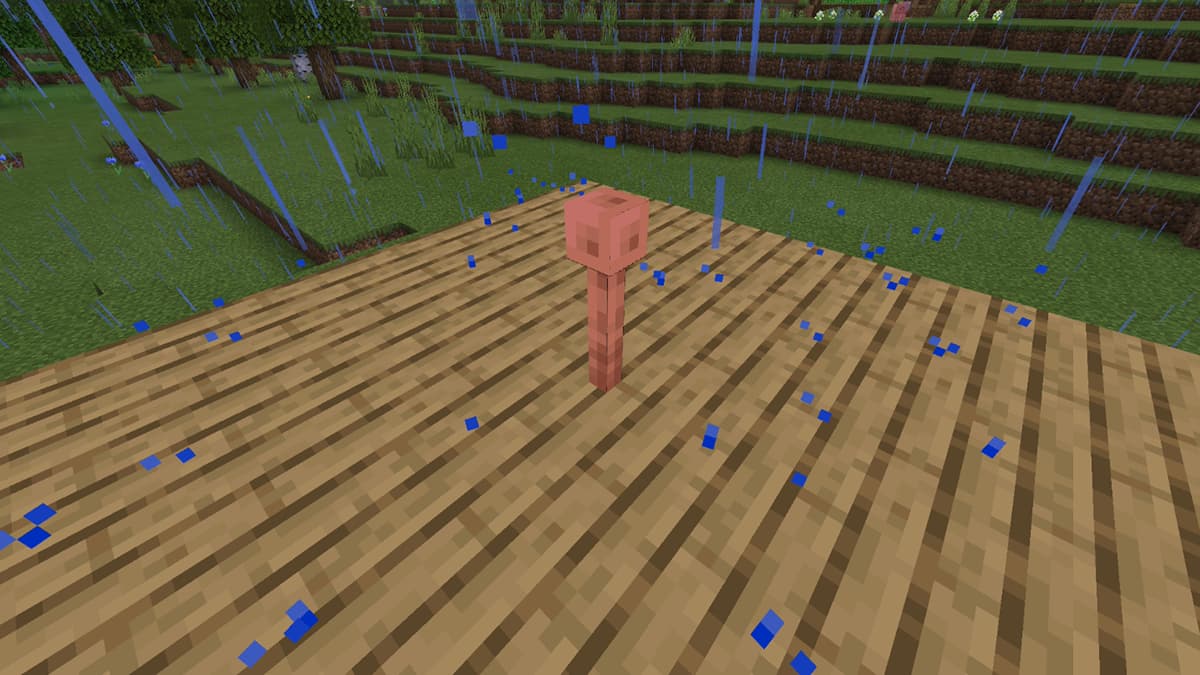 Lightning has always been a powerful natural force that results in disastrous results (everything on fire) or can be used as a tool (powering Frankenstein’s monster). Whatever way you want to use it, lightning is functional, and while it has been an entity in Minecraft for well over a decade now, it is only with the Cliffs and Caves Part 1 update that we can finally harness its power and direct it to strike a certain location with the Lightning Rod item. Here is how to craft the Lightning Rod in Minecraft and what it can do for you.

How to craft a Lightning Rod

Crafting a Lightning Rod is quite easy. All you need for it are three pieces of Copper Ingot which you can get by mining Copper Ore underground and putting it through a Furnace. Then, if using the crafting grid form of crafting, place the three ingots in all middle slots vertically, and you have a Lightning Rod.

What does the Lightning Rod do?

As you might expect, wherever you place a Lightning Rod in your world is where a lightning bolt will strike during a thunderstorm. This has multiple uses for you in a Minecraft world.

First, you can place a Lightning Rod on top of any flammable surface and prevent a lightning strike from catching it on fire. For example, if you have made your home out of a volatile resource like wood or wool, this will prevent the passing storms from lighting your house in flames. This will also prevent Skeleton Horse Traps from spawning in your area.

Also, when a Lightning Rod is struck by lightning, it emits a Redstone charge, so if you connect it to some kind of contraption powered by Redstone, it will briefly power it for as long as that Redstone connection remains intact.

If you want to force lightning to strike your Lightning Rod, you can enchant a Trident with Channeling and throw it in the vicinity of a Lightning Rod, and instead of striking the Trident, lightning will go to the rod.