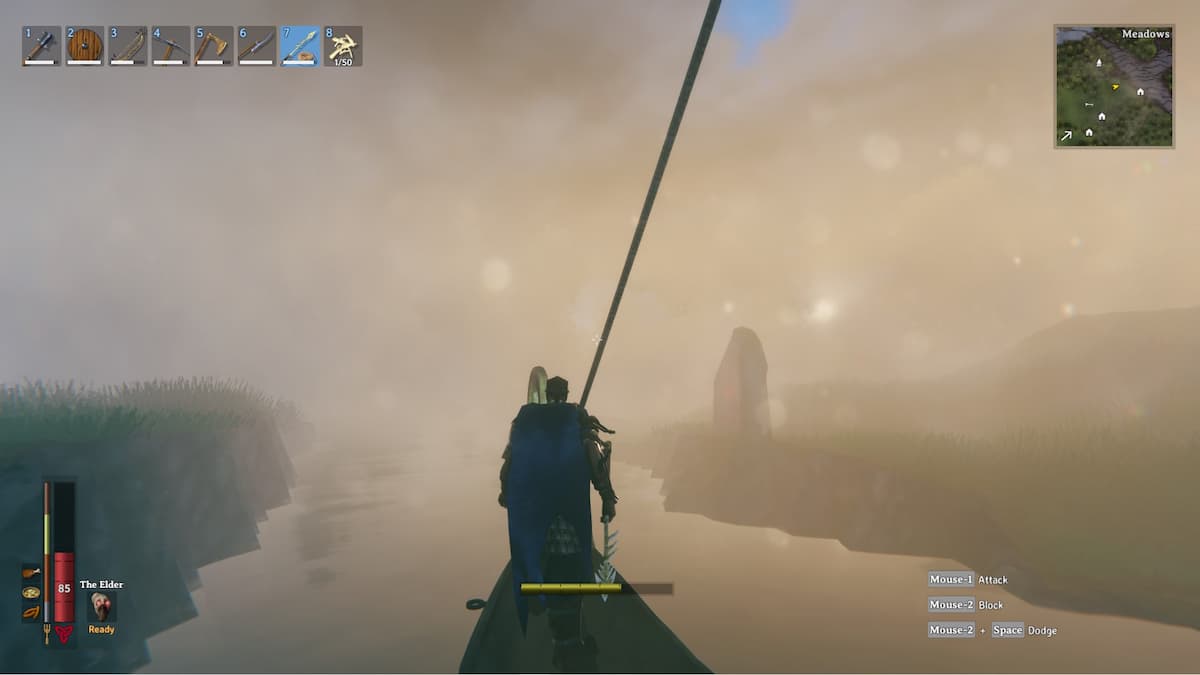 If you’ve started to venture out from your starting location in Valheim and adventure across the sea, chances are you’ve come across a mighty sea serpent roaming the waters. This sea serpent is massive, capable of destroying the raft and karve if it gets too close. But for players who have attempted to defeat it in battle, you probably know the heartbreak of getting it down to nearly all of its health and watching it swim away. There’s a tool you can use to prevent it from escaping called the abyssal harpoon.

How to craft the Abyssal Harpoon

You can learn the abyssal harpoon recipe after harvesting chitin. The only location you can find chitin is on the head of the kraken. The kraken is a large creature with a heavily armored head that you can find randomly floating in the middle of the ocean. You’ll find that the abyssal barnacles on its head contain the chitin. Upon obtaining the material, you’ll learn the recipe. Here are all of the ingredients you need for the abyssal harpoon, and you need to be next to a level two workbench to craft it.

How to use the Abyssal Harpoon

With your abyssal harpoon in your inventory, you’re ready to hunt a sea serpent. You can find them anywhere there’s open water. Some players have reported being near a shoreline and seeing one approach them, but you’re better off taking a boat into the sea to battle it.

When the creature gets close, throw your harpoon at it as if it were a bow, and if the weapon lands, you’ll receive a notification of hooking the creature. The harpoon requires you to have the stamina to keep the connection strong, but it doesn’t go down too fast, so don’t worry about managing it too much.

Now, there will be a large line between you and the sea serpent, preventing it from escaping. The line can be cut, and it does end if you attempt to use any weapons other than the harpoon. If you have someone sailing the ship, they can lead you to a nearby shoreline, and you can obtain the creature’s scales, rather than having those fall to the ocean floor.