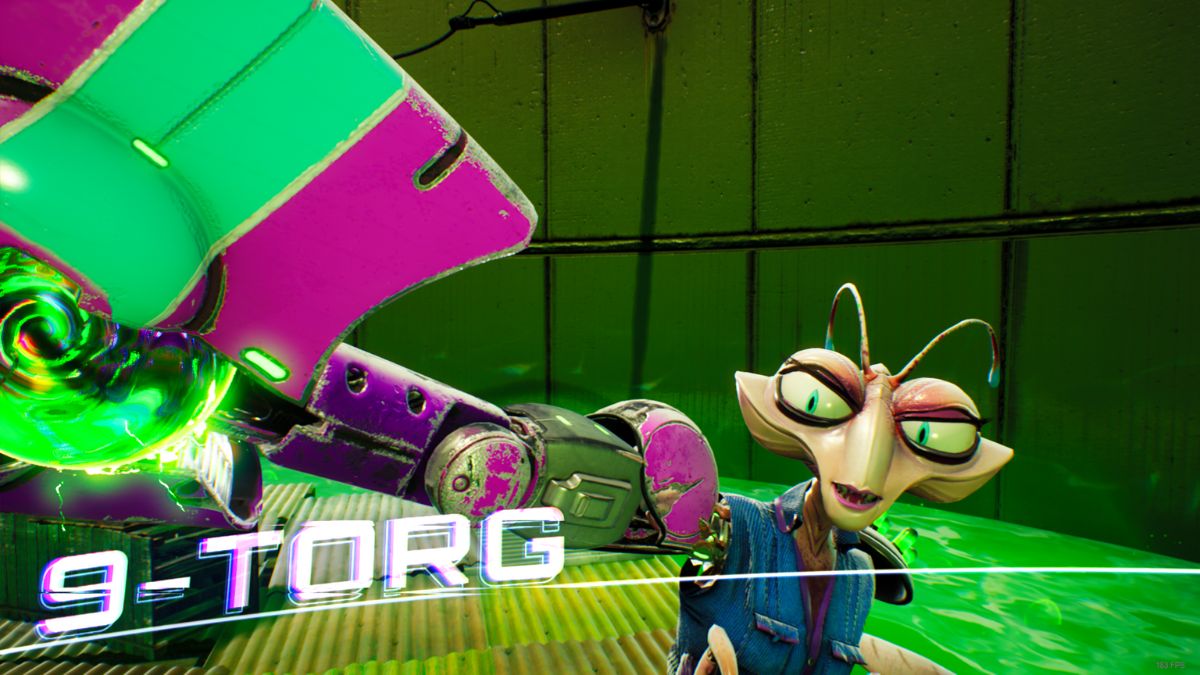 Blast your way through boss after boss as you become the best bounty hunter in the galaxy in High on Life. A large part of the game is taking down bounty targets with the first one in the game being 9-Torg. You may be wondering “why the number nine?” Well, that’s because there were a bunch of clones made and this is the latest one to become the crime boss of the slums. This guide will show you how to defeat 9-Torg in High on Life.

Related: How to mute the gun in High on Life – How to shut Kenny up

When you reach 9-Torg’s arena, you will see her holding 5-Torg hostage. After some quick banter between the two, the fight begins and you will immediately be put on the defensive. 9-Torg starts the fight by firing multiple shots from her blaster arm that spread out horizontally. These are easy to dodge by strafing to the right or left. After a short while, 9-Torg will jump into the sludge. When she jumps out, she will shoot a laser horizontally across the room. Jump to avoid this.

While this part of the fight is going on, shoot 9-Torg when you can between blaster shots and lasers. Using your Glob Shot to disrupt 9-Torg’s attacks and get some extra hits in. After she is done shooting the lasers, 9-Torg will hide in the sludge and it will start to fill the room, covering the area floor. Use Knifey’s tether to swing from the bugs flying in the middle of the arena and to run along the walls.

Once the sludge lowers and the arena becomes clear, jump back to the floor and repeat the first part of the fight. 9-Torg will continue to attack using the blaster shots and lasers until she has roughly 25% health left. At this point, she will start using the laser while roaming the arena. She will also occasionally fire out a green orb from her arm. You can deflect this with Knifey to damage 9-Torg.

When 9-Torg’s health runs out, she will overload her gun arm and fire out a massive pink laser around the room. Use the bugs above the arena to dodge this laser. After around 30 seconds, her laser will short out and she will die.