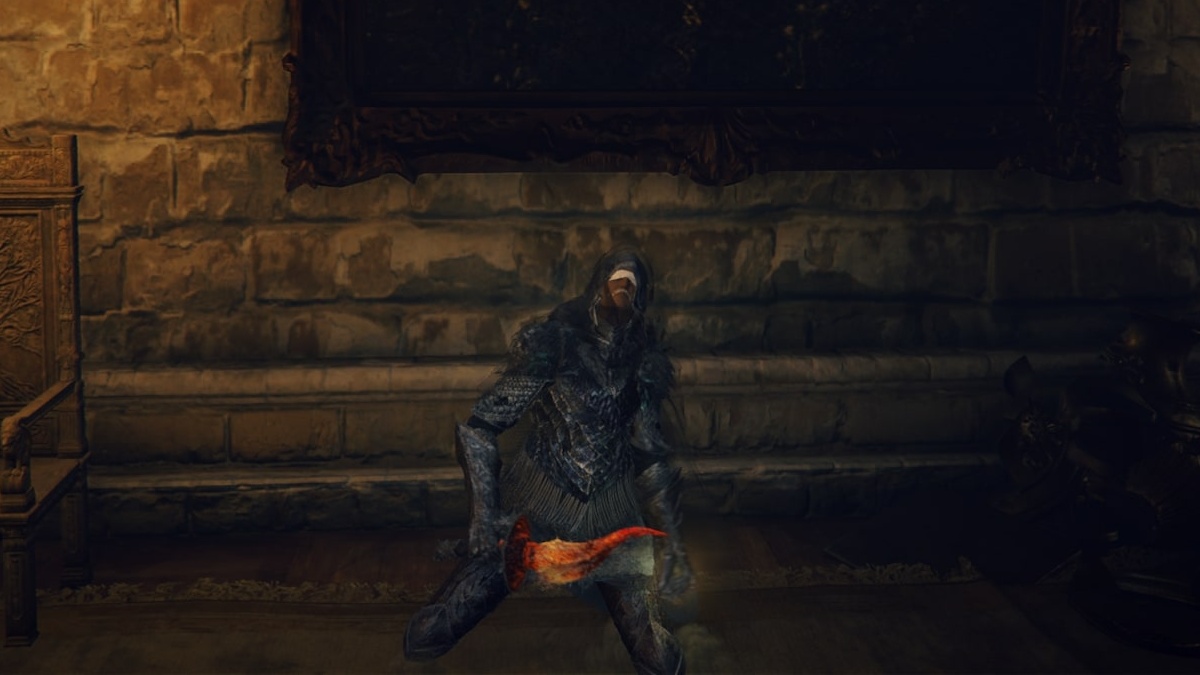 Alecto, Black Knife Ringleader is a tough customer in Elden Ring. The mother of Tiche is relentless in battle. Her attacks will cleave off a fraction of your maximum health and sap you of your strength, and these attacks fling her all about the arena faster than you can hope to keep up. You’re probably here because you’ve had a bit of trouble with her. Worry not, Tarnished — we’ve been there too.

Alecto is one of the rare bosses that has an immunity to the more common methods of racking up damage. As a member (well, Ringleader) of the Black Knives, she’s immune to hemorrhage, scarlet rot, and poison, you may need to branch out and apply frost to a weapon. Bring along a secondary weapon of your choice as well, the benefit of applying frostbite to her extends beyond the massive chunk of damage. A frostbitten target will take increased damage from other sources.

Alecto is incredibly aggressive and her attacks seem to leave zero openings. You may take this as a queue to meet her aggression with some of your own, but that tactic is only going to frustrate you. Kite her around the Evergaol and maintain a medium to long distance. This should trigger her helm splitter attacks (she will leap into the air and attack with a dive into the ground). Both her normal and imbued helm splitters can be completely avoided by sprinting just out of range, find that sweet spot, and strife around while she recovers for a free backstab.

Your backstabs will start to add up quickly, and even if you don’t quite line up for the backstab, you’re still going to stack on a few more points of frostbite. Take your time, and don’t let her bait you into a close-range fight; you’re just going to have a bad time.